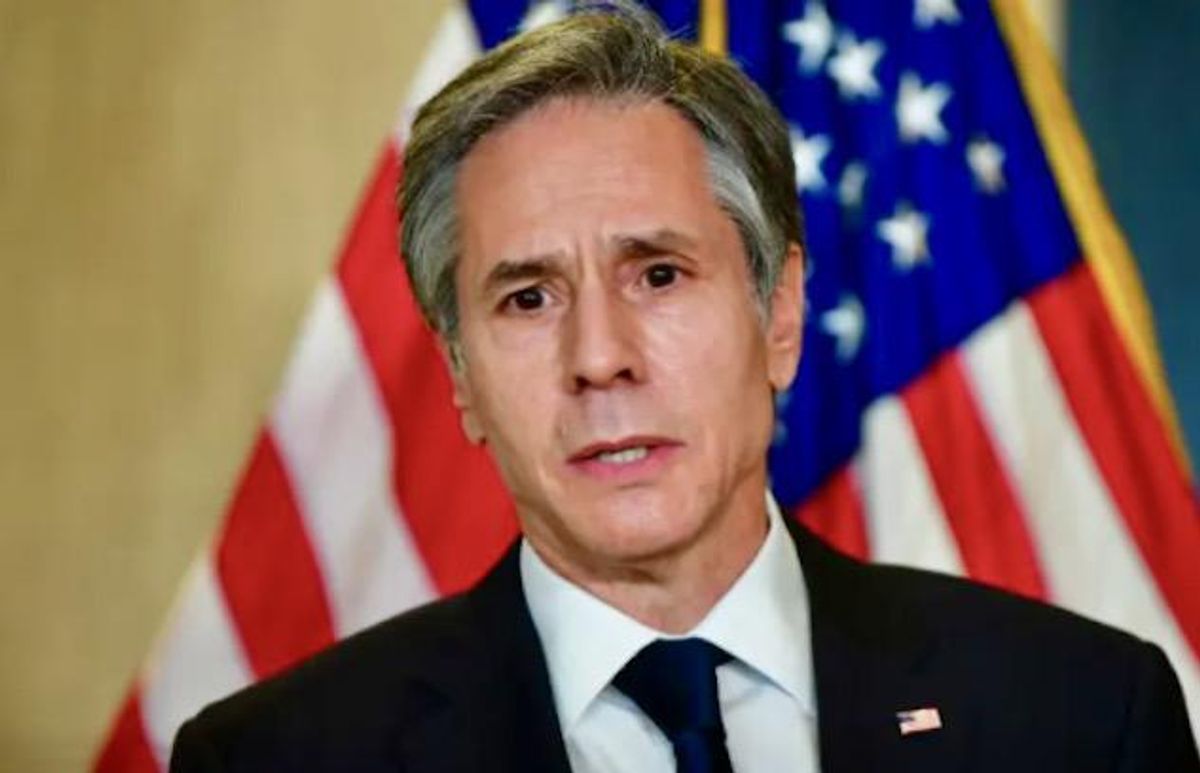 US Secretary of State Antony Blinken, seen in March 2021 during a visit to Alaska (AFP)

The United States will be "the leader" in vaccinating the world against Covid-19 after making rapid progress at home, Secretary of State Antony Blinken said Monday.

"I anticipate that, as we continue to vaccinate the entire American population, that we will be able to do even more around the world," Blinken told a virtual news conference after talks at the United Nations.

"In the months ahead and over time, the United States, I'm convinced, will be the leader in advancing access to vaccines around the world," he said.

The United States has already entered an agreement to produce vaccines in India with support from allies Japan and Australia, eyeing innoculation drives in areas of Southeast Asia and the Pacific where China has sought to expand its clout.

President Joe Biden is also sending millions of doses of AstraZeneca -- which has not been approved for use in the United States -- to neighboring Canada and Mexico and has contributed or committed $4 billion to the UN-backed Covax program to vaccinate the developing world.

Biden dramatically ramped up US vaccinations after taking office on January 20, with the White House saying Monday that 90 percent of adult Americans will be eligible for jabs against the devastating disease by April 19.

With the rapid progress, the United States could soon face a glut of doses, creating a dilemma on whether or how to donate them.

Blinken was responding to a question on whether the United States would supply doses to Brazil where the foreign and defense ministers both resigned Monday amid a devastating Covid toll and struggles to obtain vaccine.

Blinken did not answer directly but said the relationship with Brazil is "very, very important" including on fighting climate change, another key priority of Biden.

Brazilian President Jair Bolsonaro, one of the staunchest international allies of former US president Donald Trump, has shared unfounded theories on Covid-19 and criticized lockdowns to mitigate the spread.