US to review classified 9/11 documents for possible publication 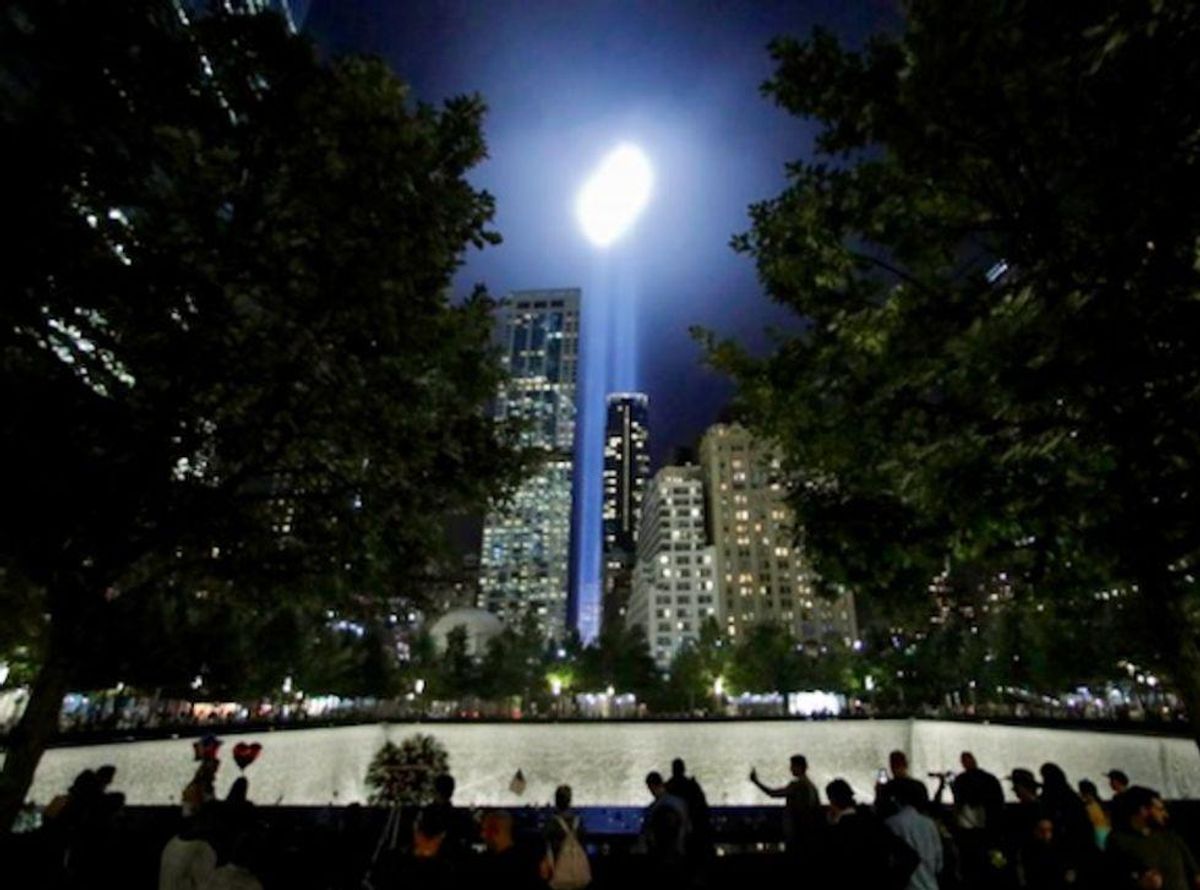 FILE PHOTO: The Tribute in Light installation is illuminated over lower Manhattan as seen from The National September 11 Memorial & Museum marking the 17th anniversary of the 9/11 attacks in New York City, U.S., September 11, 2018. REUTERS/Andrew Kelly

US officials vowed Monday to review classified documents related to the September 11, 2001 terror attacks to see which could be made public -- a recurring demand of some victims' relatives.

The FBI said in a letter to the US attorney for the southern district of New York that it "has decided to review" its prior privilege to not disclose certain sensitive documents and will "identify additional information appropriate for disclosure."

Agents with the Federal Bureau of Investigation "will disclose such information on a rolling basis as expeditiously as possible," the letter read.

The FBI's committment is part of a legal battle waged by relatives of September 11 victims against Saudi Arabia and other nations they believe were accomplices.

During the legal wrangling, successive US administrations have invoked state secrecy in order not to publish some documents.

Biden however said in a statement that he welcomed the court filing.

"My administration is committed to ensuring the maximum degree of transparency under the law, and to adhering to the rigorous guidance ... on the invocation of the state secrets privilege," he said.

The United States is preparing to commemorate the 20th anniversary of the attacks against the World Trade Center, the Pentagon, and on an airplane that crashed in Pennsylvania, with a solemn ceremony planned in New York with Biden in attendance.

Some relatives of victims, survivors of the attacks and members of rescue teams published a letter last week saying Biden would not be welcome at the commemoration "until he fulfills his commitment."

The letter called for the release of all documents and information "that our government has accrued in its investigation" that they say links Saudi Arabia to the attacks. Some 1,700 people have signed the letter, according to the US media.

Monday's announcement of the court filing was met with skepticism by victims relatives.

"Unfortunately ... we have heard many empty promises before," said Brett Eagleson, the son of a 9/11 victim.

US authorities and the FBI "can act immediately to produce the documents," he said in a statement.