US warns it will not let Iran 'slow walk' nuclear talks 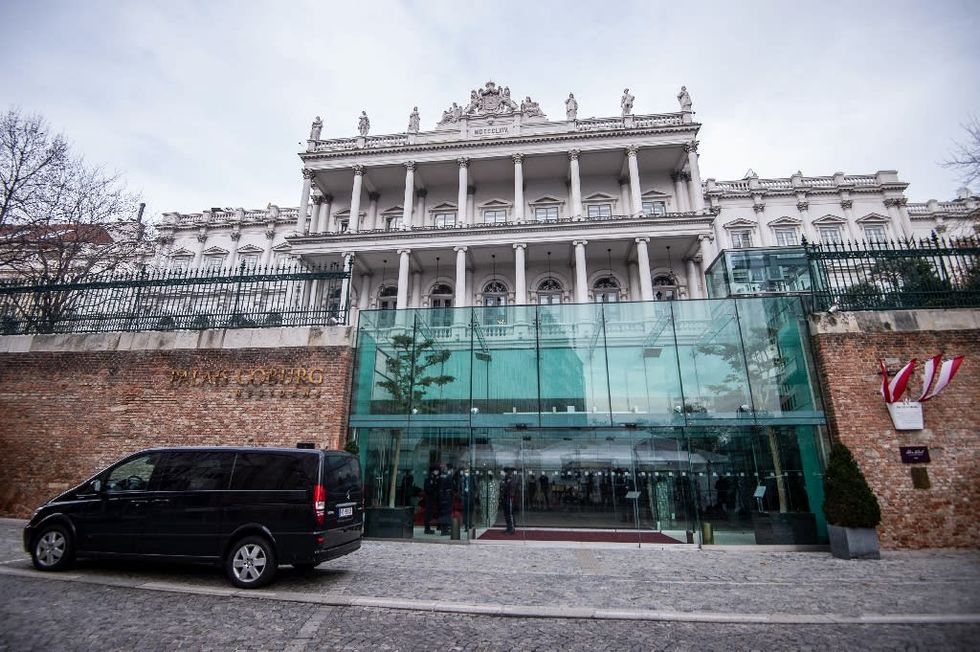 International talks over Iran's nuclear program resumed on November 29, 2021 at the Coburg Palais in Vienna

Washington (AFP) - The United States warned Saturday that it would not allow Iran to "slow walk" international negotiations over its nuclear program while at the same time ramping up its atomic activities.

The warning came a day after Washington hit out at Iran, saying talks with world powers had stalled because Tehran "does not seem to be serious."

"We can't accept a situation in which Iran accelerates its nuclear program and slow walks its nuclear diplomacy," said a senior US administration official -- echoing a recent warning by Secretary of State Antony Blinken.

The official said Washington was not yet planning to walk away from the indirect talks that it resumed with Tehran last week in Vienna, but hoped Iran would return "with a serious attitude."

"Iran did not show the posture of a country that is seriously thinking of a rapid return" to the 2015 accord aimed at putting curbs on its nuclear program, said the official, speaking to reporters after returning from the Austrian capital.

The seventh round of nuclear talks ended Friday after five days in Vienna, with delegations returning to their national capitals and expected to go back to Austria next week.

Iran had paused the talks in June following the election of ultraconservative President Ebrahim Raisi.

The official argued that the United States had shown patience in allowing a five-month break in the process, but that during that time the Iranians were "continuing to accelerate their nuclear program in particularly provocative ways."

When Tehran finally returned to the table on Monday, he said, it was "with proposals that walked back any of the compromises that Iran had floated during the six rounds of talks."

He accused Iran of seeking to "pocket all of the compromises that others -- the US in particular -- had made and then ask for more."

The official said it was not yet known when the European Union coordinator would reconvene the parties, but that the date "matters far less to us than whether Iran will come back with a serious attitude, prepared to negotiate seriously. "

At this stage, he said the United States will pursue its efforts at diplomacy -- but reasserted it has "other tools" at its disposal should negotiations fail.

The landmark 2015 nuclear accord -- initially agreed between Britain, China, France, Germany Iran, Russia and the United States -- began unravelling in 2018 when then president Donald Trump pulled out and reimposed sanctions, prompting Iran to start exceeding limits on its nuclear program the following year.

President Joe Biden has said he wants to re-enter the deal, and the United States has been participating in this week's talks indirectly.

Iran has always insisted that its nuclear program is peaceful.