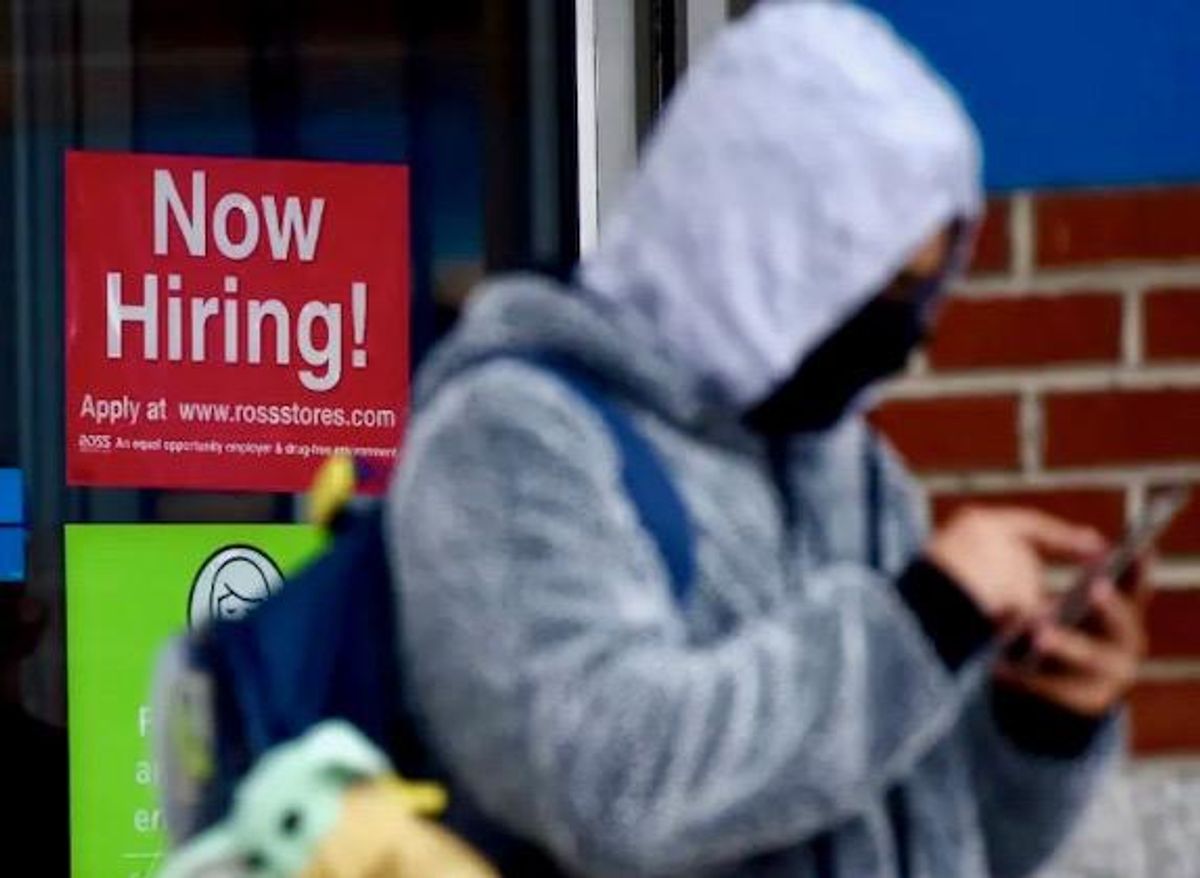 The US workforce continues to reel nearly a year into the Covid-19 pandemic, but the first signs of a sustained recovery fueled by government aid and coronavirus vaccines may come in the government employment report set for release on Friday.

The Labor Department data is expected to show the unemployment rate remained unchanged in February at 6.3 percent with the economy adding 200,000 jobs, an improvement from the 49,000 positions added the month prior.

The report could bolster the case that the world's largest economy is set for a mini-boom later this year, as vaccines take the bite out of the ongoing pandemic and President Joe Biden's proposed stimulus plan helps businesses reopen and households spend.

The pain is far from over for many Americans, with the Labor Department reporting 745,000 new claims for unemployment benefits were made last week alone, and more than 18 million people were receiving government aid as of mid-February.

And a survey released earlier this week from payroll services firm ADP indicated private sector job growth last month was not as strong as expected.

Federal Reserve Chair Jerome Powell on Thursday, tempered expectations for an employment boom this year, saying the labor market faces a lengthy recovery from mass layoffs that began when the pandemic hit in early 2020 and the US economy will not reach "maximum employment" this year.

Powell has said the true unemployment rate is higher than it appears due to the large number of people pushed out of the workforce by the pandemic, who are not counted as unemployed.

Still there are signs of improvement, and websites that specialize in hiring are reporting an increase in advertisements for job openings.

"We saw job postings kind of pause and even reverse slightly during the winter months. But they have now really surged in February," Julia Pollak, an economist for ZipRecruiter, told AFP, noting that many postings were in positions related to vaccination.

CareerBuilder said half of US states saw a gain in job postings in January, with registered nurses and truck drivers among the most sought-after roles.

The company also reported demand for workers in transportation, warehousing, health care and social assistance that it linked to the logistical needs of Covid-19 vaccine campaign.

Yet while job advertisements have become more numerous, the pace of hiring has been more moderate, which economists say is a sign other factors are keeping unemployed workers from taking jobs.

Fear of Covid-19 combined with school closures and scarcity of childcare and public transportation are seen as among the reasons why some people are not looking for work.

"There's a mismatch in the labor market between the conditions under which job seekers right now during a pandemic are prepared to work and the conditions that prevail in the market," Pollak said, adding that many applicants want to telework at least part of the time.

In its "beige book" survey of business conditions this week, the Federal Reserve noted some companies were raising wages to attract workers and some again are struggling to find enough people to fill open positions.