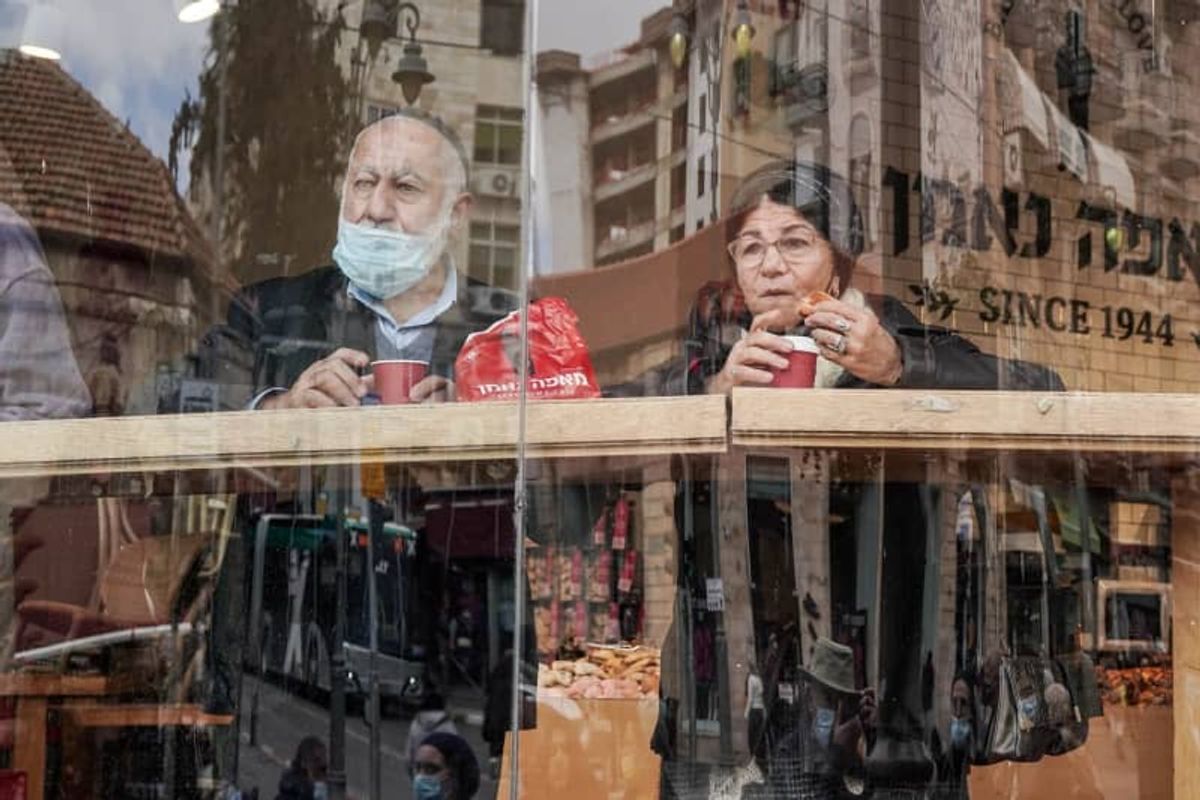 Coronavirus vaccination in Israel - Two elderly people drink coffee at a coffee shop after Israel introduced incentives for people who have been vaccinated against Covid-19, as real-life data released by the country's health ministry indicated the Pfizer/BioNTech jab is highly effective. - Nir Alon/ZUMA Wire/dpa

Israel on Sunday introduced incentives for people who have been vaccinated against Covid-19, as real-life data released by the country's health ministry indicated the Pfizer/BioNTech jab is highly effective.

As of Sunday, Israelis who have had the required two doses are now allowed to visit sport centres, theatres, museums and hotels.

They will have to present a vaccination certificate, or so-called "green pass," at the entrance.

Health Minister Yuli Edelstein tweeted that more than 3.2 million Israelis, including those who have recovered from the virus, can now enjoy culture and sports facilities.

Nearly 3 million Israelis have received the required two doses of the Pfizer/BioNTech doses, according to Edelstein.

That works out at almost one third of Israel's population of 9.3 million.

Shopping centres also reopened on Sunday, but with a maximum allowed occupancy of 30 per cent-to avoid overcrowding.

Despite Israel being first in terms of the numbers of inoculated inhabitants, a fourth nationwide lockdown could still be around the corner, Ash said.

"I am very concerned about the coming days - with this feeling of euphoria over the opening up of the economy, the schools returning," the internal medicine professor told Israel Army Radio.

The disease is still dangerous, and a 32-year-old pregnant woman has died of Covid-19, along with her 30-week-old foetus, a spokeswoman for a Jerusalem hospital said, adding the woman had not suffered from underlying conditions and had not been vaccinated against the disease.

However, the Covid-19 vaccine made by Pfizer/BioNTech is highly effective after the second jab is administered, the Israeli Health Ministry said on Sunday.

The vaccine has proven around 99 per cent effective in preventing hospitalization, serious disease and death two weeks after the second dose, according to new Health Ministry data.

A week after someone receives the second dose, the jab is 96.9 per cent effective in preventing fever and respiratory difficulties. It prevents hospitalization, serious illness and death by 95.6 per cent, 96.4 per cent and 94.5 per cent respectively.

Israel began administering the vaccine on December 19. The analysis is based on data gathered up until February 13.

The government wants to offer vaccinations to all residents of the country who are older than 16 by the end of March.