A new COVID vaccine is 66 percent effective — but how much does vaccine efficacy matter? 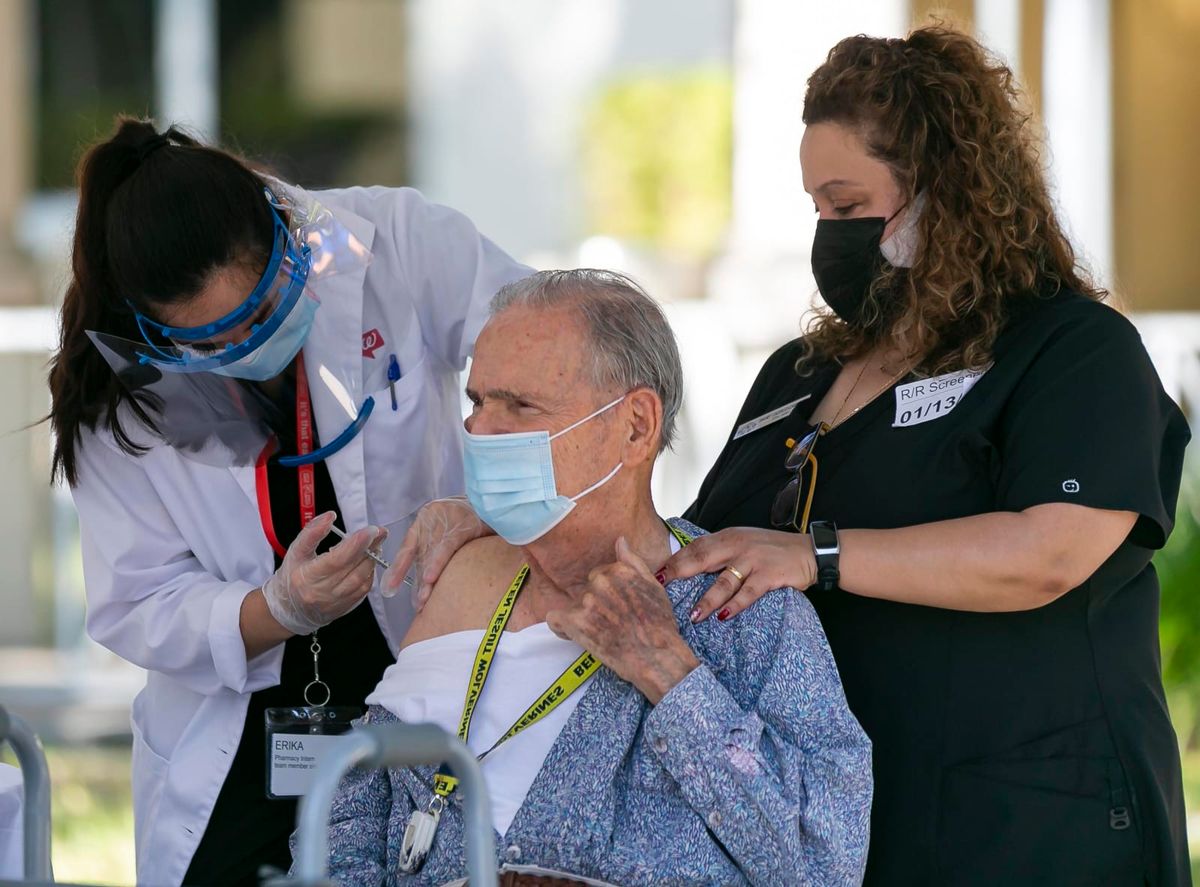 Last week, Novavax released results from its COVID-19 vaccine trials that are raising concerns in the United States as new, more transmissible — and perhaps more deadly — variants emerge. In Britain, where a more transmissible strain known as s B.1.1.7 is the dominant strain, the two-dose vaccine had an efficacy rate of nearly 89.4 percent. But in South Africa, where the strain B.1.351 is predominantly circulating, the efficacy rate decreased to 50 percent.

Clinical trial data from Johnson and Johson yielded similar results. The company's single-shot vaccine had 66 percent efficacy in a large-scale trial which spanned three continents. In the US, the vaccine's efficacy reached 72 percent. In South Africa, it was 57 percent.

While the headlines communicating the news of reduced efficacy might seem alarming, epidemiologists say it's not time to panic yet. In the world of vaccines, 50 percent efficacy is still impressive.

"The flu vaccine has an efficacy of 36 percent," said Dr. George Rutherford, a professor of epidemiology at the University of California, San Francisco. "The fact that we set the bar at 95 is just phenomenal; and that's the best vaccine we have, which is the measles vaccine."

Both the Moderna and Pfizer vaccines are over 90 percent, too.

Rutherford said that news about the Johnson & Johnson and Novavax vaccines' protecting against the new variant is "very encouraging."

As explained by the World Health Organization, vaccine efficacy is the percentage of "reduction in disease incidence in a vaccinated group compared to an unvaccinated group under optimal conditions." This shouldn't be confused with vaccine effectiveness, which is the "ability of vaccine[s] to prevent outcomes of interest in the 'real world.'"

Experts warned in the The BMJ that comparing the lower efficacy rate to higher ones is a "mistake," especially considering how Johnson & Johnson is expected to be a game-changer in the international vaccine roll-out. Unlike the Moderna, Pfizer and Novavax vaccines, which all require two shots, Johnson & Johnson only requires one. It also has lower storage requirements that make it more flexible to store and administer.

"The real headline result is that a single shot vaccine, capable of easy long term storage and administration, provided complete protection against hospitalisation and death," said Kevin Marsh, professor of tropical medicine at the University of Oxford, in The BMJ. "This is important, because the immediate requirement of vaccination globally is to limit deaths as quickly as possible."

The variant B.1.351 first emerged in Durban, South Africa. Scientists were alarmed that the mutation of the virus is at the SARS-CoV-2 Spike, disguising its appearance to the immune system, which can make it easier to bypass immune protection. This is why scientists are seeing a decrease in efficacy in the vaccine, which is what they predicted would be the case from the start.

There is cause for concern that the coronavirus is mutating where it is. Yet any marginally efficacious vaccine will help stop the spread of the coronavirus. That will have a domino effect, as lower transmission means fewer viruses replicating, and therefore mutating.

"Viruses cannot mutate if they can't replicate," Dr. Anthony Fauci, head of the National Institute of Allergy and Infectious Diseases, said on Monday. "If you stop their replication by vaccinating widely ... not only are you going to protect individuals from getting disease, but you are going to prevent the emergence of variants."

Adalja told Salon the goal right now isn't to eradicate the coronavirus, but instead to decrease severe outcomes.

"We're not getting rid of this, this is not going to be eradicated like Smallpox," he said. "What we're trying to do is defang this virus, make it something that's more like the other coronaviruses that cause 25 percent of our common colds by giving people immunity through a vaccine . . . so that's what these vaccines are doing, people are forgetting that the end game here is to prevent death."

But what if new variants emerge, and become smart enough to completely outwit our vaccines? Well, then, scientists will have to modify the vaccines. Adalja said it's "unclear" at this point if that is something we will have to do in the future, but if we do, it's relatively "easy to do."

"Novavax uses a recombinant platform, which is very easy to modify," Adalja said.

Rutherford said that the vaccines might need to be modified "as this virus evolves." Still, he's encouraged by news, specifically what has been making its way into the Israeli press. A man who previously recovered from COVID-19 got reinfected with the B.1.351 strain, but the second time around he had very little in the way of symptoms.

"Naturally acquired immunity seems to have some level of protection against serious disease, which is what we're trying to do," Rutherford said.