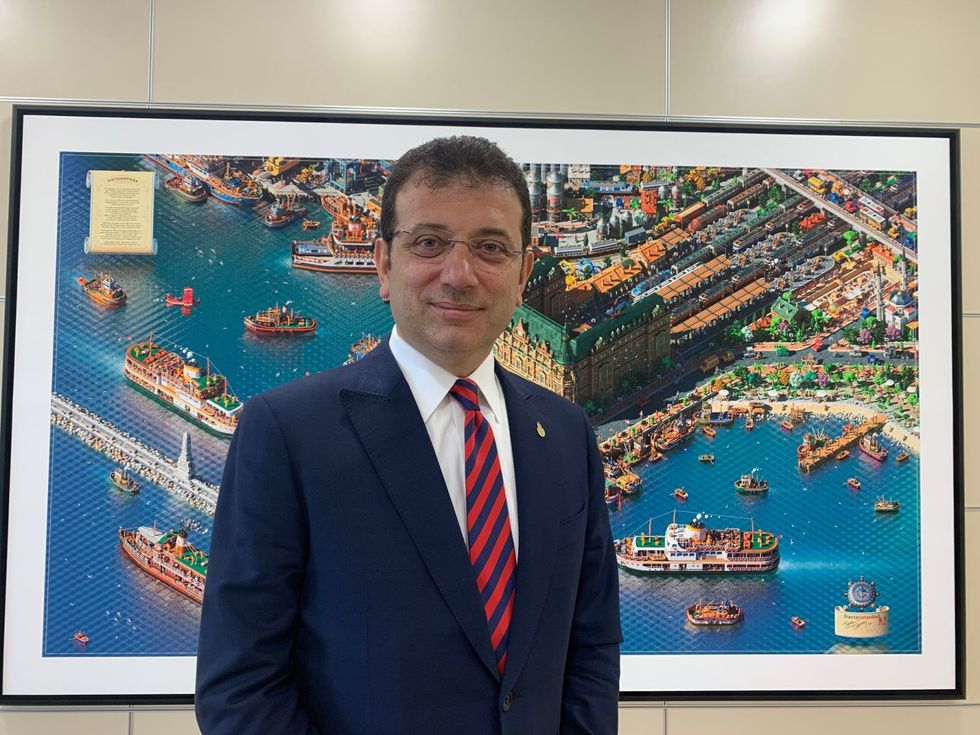 The mayor of Istanbul, Ekrem Imamoglu poses for a picture. Linda Say/dpa

An Istanbul court is expected to rule on Wednesday in a case against Istanbul's opposition party mayor Ekrem Imamoglu over allegedly insulting state officials in a 2019 speech, an aide to the mayor told dpa.

Imamoglu, from the main opposition Republican People's Party's (CHP), is seen as a potential challenger to President Recep Tayyip Erdogan in the parliamentary and presidential elections scheduled for 2023.

The verdict would come weeks after a prison sentence and a political ban against CHP's Istanbul party leader Canan Kaftancıoğlu, a key aide to Imamoglu.

Prosecutors are seeking up to four years in prison for Imamoglu, according to state news agency Anadolu.

In 2019, Imamoglu criticized the repetition of local elections that took place in March that year.

Imamoglu narrowly won the mayoral election against his rival from Erdogan's ruling party, and after the Supreme Electoral Council (YSK) annulled the result, he won in a re-run in June 2019 by an even larger margin.

"Those who annulled the elections on March 31 are fools," Imamoglu said in a speech in November 2019.

Imamoglu's press office said the mayor had not been referring to the YSK but had been responding to Interior Minister Suleyman Soylu, who it said had called Imamoglu a fool.

The trial is being used as a "weapon" to impose a political ban against Imamoğlu and "eliminate him from the upcoming elections," Imamoglu's office said.