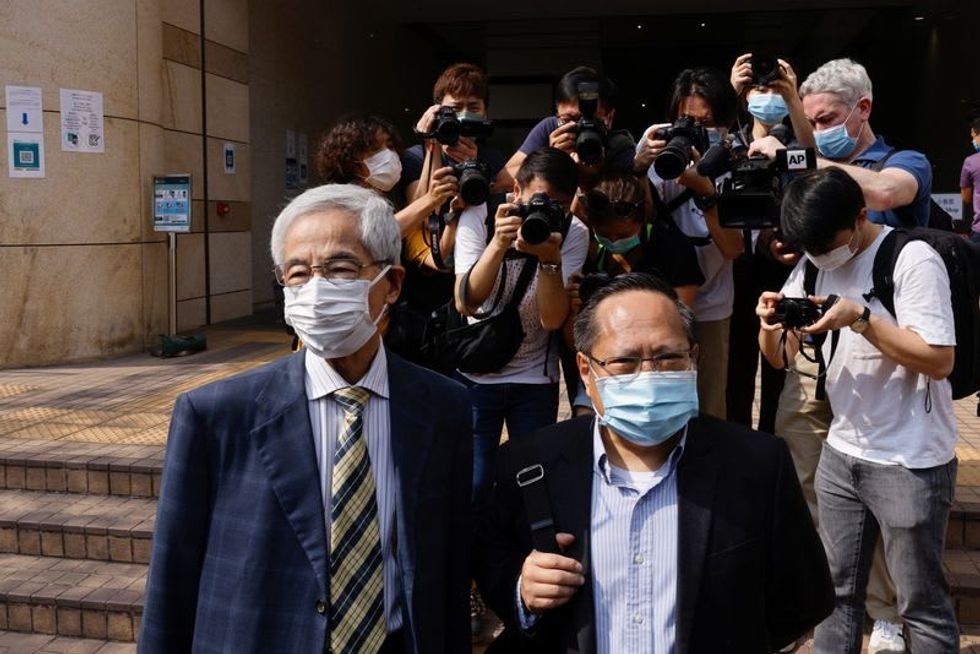 By Jessie Pang and James Pomfret HONG KONG (Reuters) -A Hong Kong court found seven prominent democrats guilty of unauthorised assembly charges, including 82-year-old barrister Martin Lee and media tycoon Jimmy Lai, 72, the latest blow to the city's beleaguered democracy movement. Lee, who helped launch the city's largest opposition Democratic Party in the 1990s and is often called the former British colony's "father of democracy," was accused of taking part in an unauthorised assembly on Aug. 18, 2019. The silver-haired Lee and the others, all in their 60s or older, sat impassively as distric...