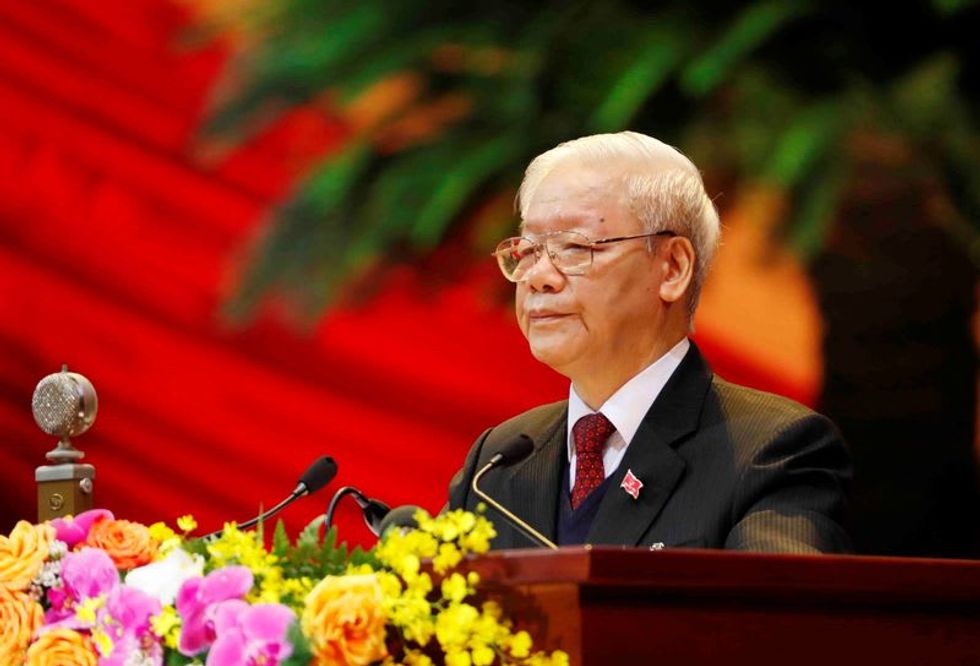 HANOI (Reuters) - Nguyen Phu Trong, Vietnam's ruling Communist Party chief, has been nominated for a rare third term, a Party official said, according to several state media articles that were published on Wednesday then subsequently amended, removing the comments. On Monday, more than 1,600 delegates began nine days of mostly closed-doors meetings at the Party's five-yearly Congress, during which a new leadership team will be picked to bolster Vietnam's ongoing economic success - and the legitimacy of the Party's rule. Trong, 76, who is also Vietnam's president and architect of its anti-corru...