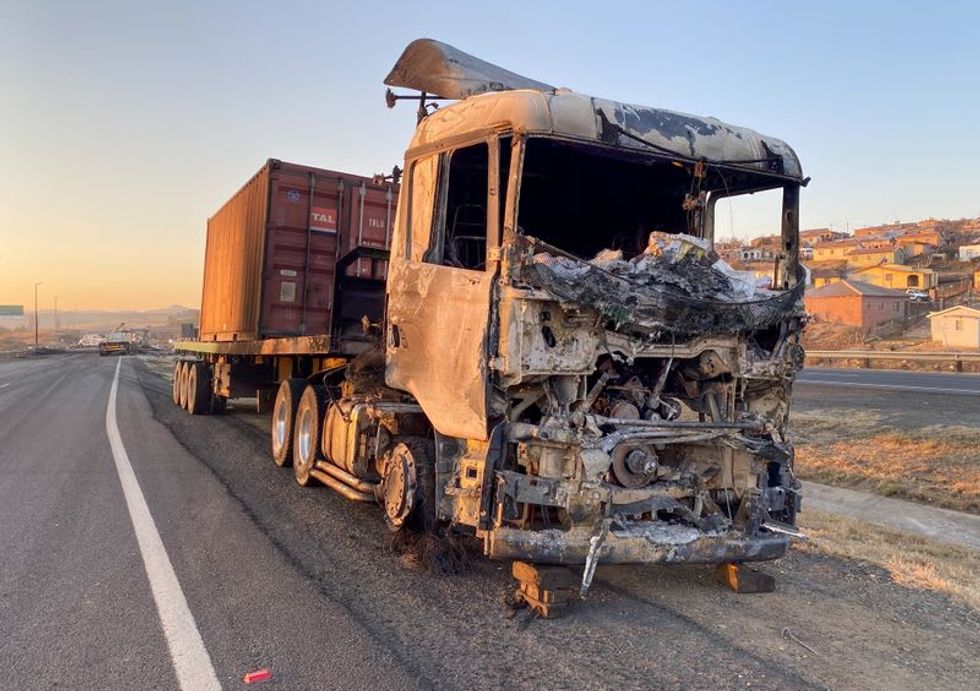 JOHANNESBURG (Reuters) - Shops were looted overnight and a section of the M2 highway was closed in Johannesburg on Sunday, as sporadic acts of violence following the jailing of former South African President Jacob Zuma spread to the country's main economic hub.

Violence had mainly been concentrated in Zuma's home province of KwaZulu-Natal (KZN), where he started serving a 15-month sentence for contempt of court on Wednesday night.

Police said criminals were taking advantage of the anger some feel over Zuma's imprisonment to steal and cause damage.

The Johannesburg Metropolitan Police Department (JMPD) said there had been looting in the Alexandra township and Jeppestown suburb. The M2 was closed off after there were reports of shots being fired at passing vehicles.

KZN police spokesman Jay Naicker said there had also been looting in eThekwini, the municipality that includes Durban, and that nine people had been arrested, taking the number of arrests in the province since Friday to 37.

"We saw a lot of criminals or opportunistic individuals trying to enrich themselves during this period," he said.

A senior police official in Gauteng, the province where Johannesburg is located, told public broadcaster SABC: "What is happening in KwaZulu-Natal, there is a link in a way with Gauteng," Major General Tommy Mthombeni said.

Zuma was given the jail term for defying an order from the constitutional court to give evidence at an inquiry that is investigating high-level corruption during his nine years in power until 2018.

He denies there was widespread corruption under his leadership but has refused to cooperate with the inquiry that was set up in his final weeks in office.

Zuma has challenged his sentence in the constitutional court, partly on the grounds of his alleged frail health and the risk of catching COVID-19. That challenge will be heard on Monday.