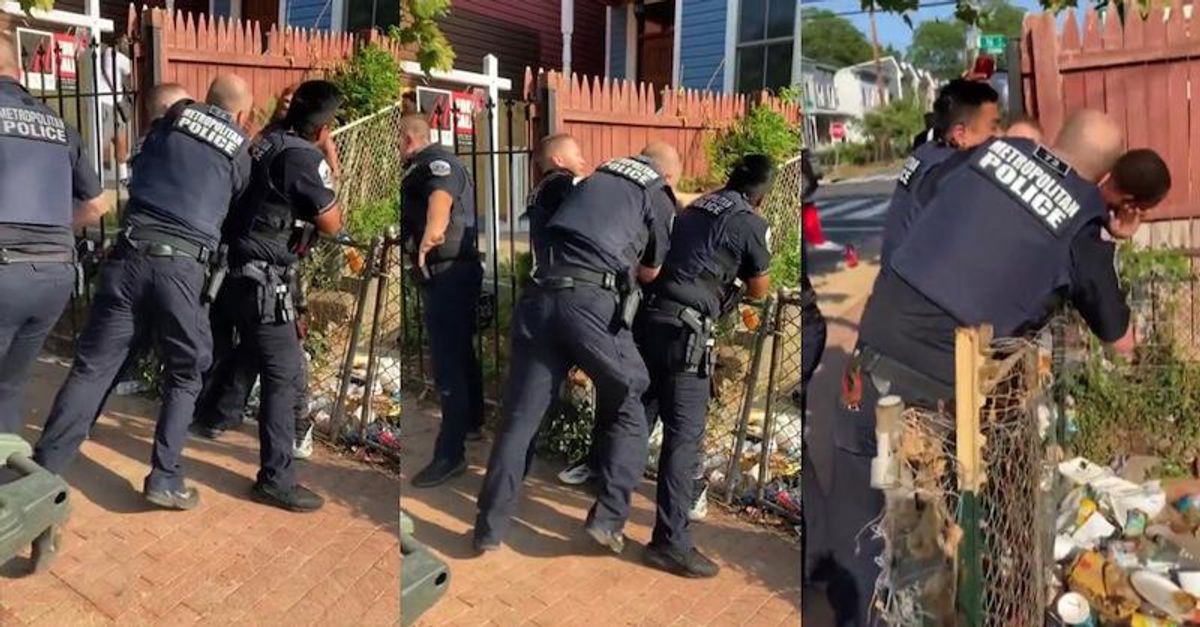 The Washington, D.C. Chief of Police is responding to multiple news reports and a viral video that appears to show a white Metropolitan Police officer repeatedly punching a Black man as two other officers try to restrain the alleged suspect and another cop protects his colleagues from a gathering crowd. It does not appear any of the three police officers did anything to stop the punching by the other officer.

"The officer who threw the punches is on administrative leave pending the Metropolitan Police Department's internal investigation, according to NBC4 reporter Mark Segraves," Washington City Paper reports. "Other MPD officers present when the man was punched are on 'no contact' duty."

"At one point, one of the officers takes his gun out of his holster as he tells the crowd to back away," WTOP adds.

The officers allegedly suspected the man they were attempting to detain of having a gun, which Segraves says they "recovered from the suspect."

It is not currently known why they were attempting to detain him.

"I am embarrassed, disturbed, disheartened, and ashamed of what I've seen," D.C. Metro Police Chief Robert Contee said at a Monday noon press conference. He has referred the incident to the U.S. Attorney's Office.

Below are two versions of the video that's been making its way around on social media.

It's unclear why the officers were unable to handcuff the suspect immediately. Some social media users claim he was resisting arrest, others say he was resisting being beaten and was not resisting until he was hit. At one point he appears to raise his hand to fend off another blow to his face (photo above, third frame.)