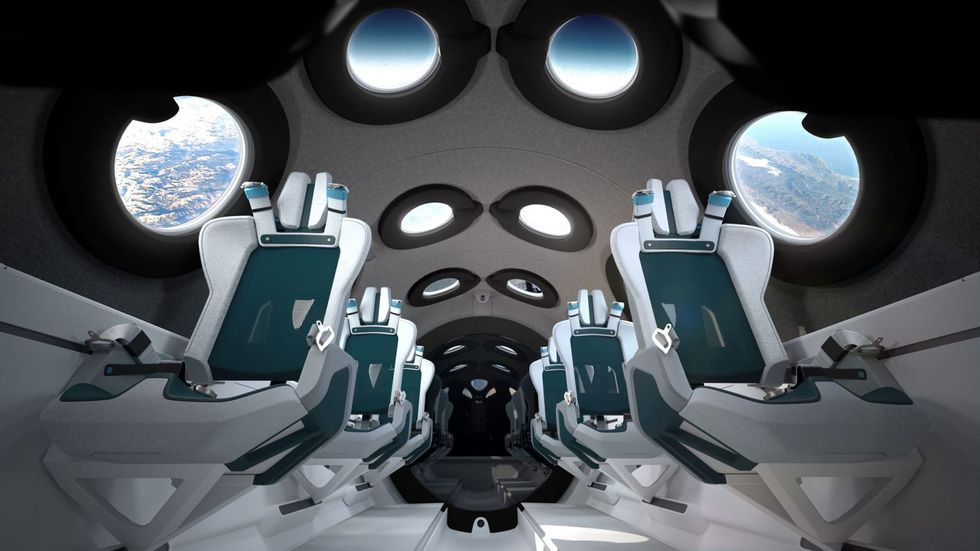 Virgin Galactic granted permission for tourist flights into space - A handout image shows the cabin interior of a Virgin Galactic spaceship. The company owned by Richard Branson was given approval by US authorities to start taking tourists to space. - Courtesy of Virgin Galactic/via ZUMA Wire/dpa

Your chances of going on vacation in space sometime in the near future just got a little better: Virgin Galactic has received approval from US authorities to start sending tourists into space.

The approval was given after the US Federal Aviation Administration looked at data from the test flight of the VSS Unity last month.

Virgin Galactic, owned by billionaire Richard Branson, is one of three companies jostling for the chance to be the first to start taking paying customers up into space. The competitors are Blue Origin, owned by Amazon's Jeff Bezos, and Elon Musk's SpaceX.

SpaceX, which has already flown astronauts to the International Space Station (ISS), is hoping to launch its first flight with space tourists by the end of the year.

Bezos, meanwhile, is set to head up to space himself on July 20. It's unclear whether Virgin Galactic can now launch even before then.