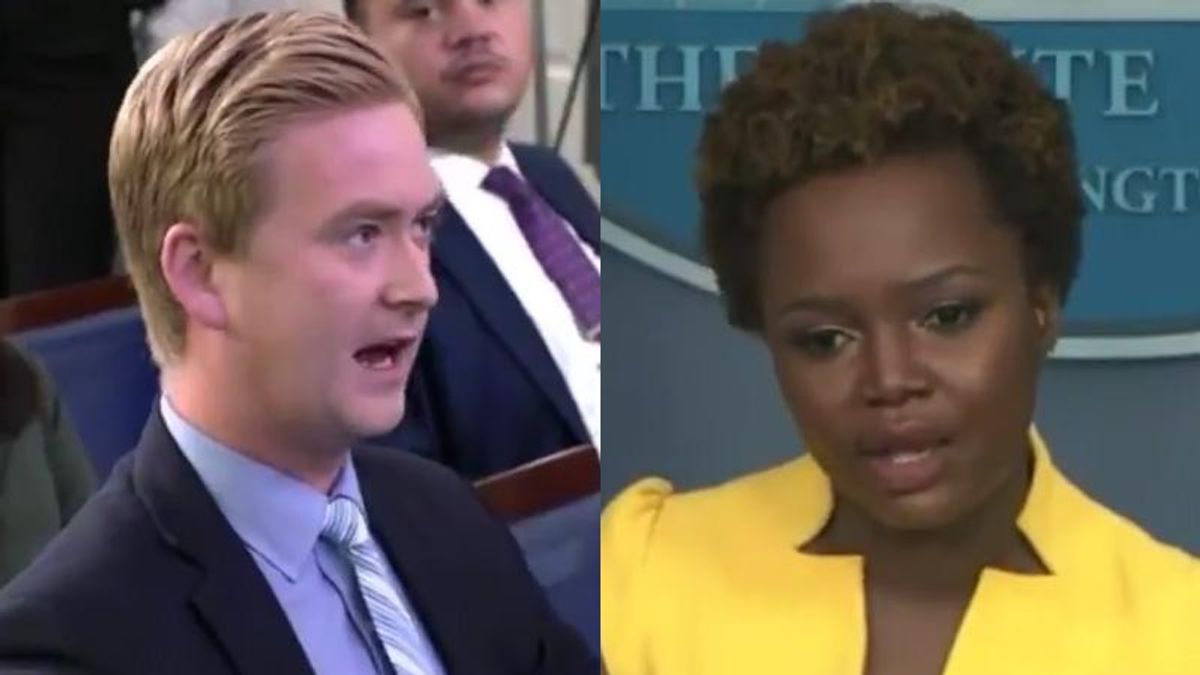 Doocy's own network has spent most of the past 15 months minimizing the dangerous coronavirus, spreading false and mis-information on COVID-19, on social distancing protocols, on mask-wearing, on hydroxychloroquine, on vaccines, and on other aspects of the deadly pandemic that has killed about 600,000 people in the U.S. and infected nearly 34 million Americans.

But once again on Wednesday he portrayed a journalist who is greatly concerned over the hundreds of thousands of dead Americans, in an attempt to make it appear President Joe Biden is not.

"Just take a step back," Doocy told Jean-Pierre, who minutes earlier had become only the second Black woman and first LGBTQ person to hold a White House press briefing, "anything that kills 591,116 Americans, is that something that another nation, either was responsible or knew more than they were letting on like you said they weren't letting the inspectors in, and that hurt the overall investigation forever. What would the President do? I mean, would he do anything?"

Jean-Pierre was not going to let that pass.

"I mean he's doing something right now," she replied, referring to President Biden's announcement barely hours earlier that he has ordered the U.S. Intelligence Community to investigate the origins of the coronavirus and report back in 90 days.

"He's been, he asked his team back in March, right to do, to do this, to look into this, look into the origins of the COVID-19, this is incredibly important. Like his statement says we need to find out how, where the COVID-19 originated from so this, the President has been very clear, he actually, you know, spoke out about this back in 2020," she noted.

Biden warned of the distinct possibility of a pandemic before the coronavirus outbreak, in 2019. And in January of 2020 he warned the country that Trump was not prepared to handle what he saw as an imminent pandemic – which Trump did not.

"So this is not the first time we've heard his voice, his concern about the origins of COVID-19," Jean-Pierre added. "So we're just taking the next step, I'm just not going to prejudge. I'm not going to make a statement until, you know, until we know what happens after this 90 day review. Thanks."