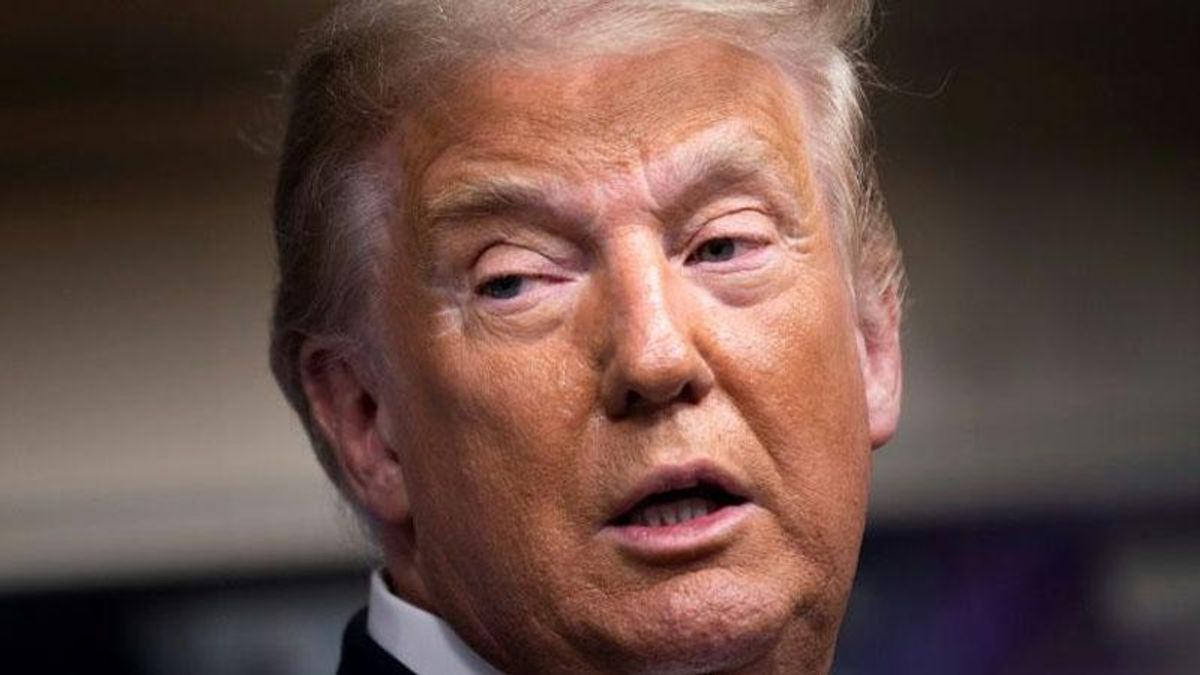 Former US president Donald Trump goes on trial in the Senate beginning February 9, 2021 on impeachment charges that he incited a deadly insurrection at the US Capitol. (AFP)

The US Senate gavels in Tuesday on Donald Trump's historic second impeachment trial, with his defense team decrying it as a "brazen political act" of retribution and Democratic prosecutors arguing that the ex-president willfully incited a violent insurrection.

The second Senate impeachment trial against Trump is expected to begin on February, 9 at 1:00 p.m. (ET). Watch live video below:

The House of Representatives impeached him last month over his role in the deadly January 6 siege of the US Capitol by a pro-Trump mob, and his trial -- the first of a former president -- will feature the Senate's 100 members sitting as jurors.

Trump's legal team Monday denounced the case as unconstitutional, calling it "absurd" to hold the former president responsible for the violence.

But in a preview of their prosecuting arguments, Democrats accused Trump Monday of committing the "most grievous constitutional crime" in the 232-year history of the American presidency by inciting his supporters to storm Congress.

The trial occurs with much of Capitol Hill still locked down under intense security one month after the unrest.

Amid continued fears of extremist attacks, 6,000 National Guard members remain deployed in Washington, adding to the picture of a capital still on edge.

The proceedings kick off at 1:00 pm (1800 GMT). According to a bipartisan deal, there first will be up to four hours of debate and a vote on the constitutionality of trying an ex-president.

Arguments will be heard beginning Wednesday, with 16 hours provided over two days per side.

Senators will then pose questions to the two teams, and a majority vote will be needed if either side wants to call witnesses. Trump has already declined an invitation to testify.

The trial is expected to extend into next week.

Trump is a deeply damaged political figure, in part because of his relentless false claims about voter fraud. But he remains a powerful force in the Republican Party.

Charged with "incitement of insurrection," he is likely once again to avoid conviction due to loyal support in the Senate, but his lawyers contended in their final pre-trial filing that the Constitution does not give the chamber jurisdiction to try a former president.

"The Senate must summarily reject this brazen political act" because "this is clearly not what the framers wanted or what the Constitution allows," his attorneys Bruce Castor, David Schoen and Michael T. van der Veen wrote.

"Indulging House Democrats hunger for this political theater is a danger to our Republic democracy and the rights that we hold dear."

The defense used blunt language in their 78-page brief, saying it was "simply absurd" to argue that Trump conjured up a mob to commit violent crime, and that those who attacked the Capitol did so on their own.

President Joe Biden, who succeeded Trump on January 20, declined Monday to address whether Trump should be found guilty or denied the right to hold future political office.

White House spokeswoman Jen Psaki later told reporters that Biden ran against Trump in 2020 "because he felt he was unfit for office," but added that the president will "leave it to the Senate to see this impeachment proceeding through."

Should Trump be convicted, the Senate will then hold a simple-majority vote on barring him from future public office.

"His incitement of insurrection against the United States government -- which disrupted the peaceful transfer of power -- is the most grievous constitutional crime ever committed by a president," the managers, led by congressman Jamie Raskin, said in a five-page brief.

The proceedings will take place in the very Senate chamber that was raided by rioters, threatening the lives of lawmakers in an effort to stop the ceremonial certification of Biden's election victory.

The impeachment managers argued in an earlier brief that Trump, who rallied supporters in Washington shortly before the mob assault, was "singularly responsible" for the unrest which left five people dead.

And they said acquitting Trump, who escaped conviction in his first impeachment trial in 2020, could do severe damage to American democracy.

But convicting him would require the vote of more than two-thirds of the senators, meaning 17 Republicans would need to break ranks and join all 50 Democrats -- seen as near impossible.

Even though Trump retains a strong base of support, public backing for a Trump conviction is stronger now than during his first impeachment trial, according to a new Ipsos/ABC News poll.