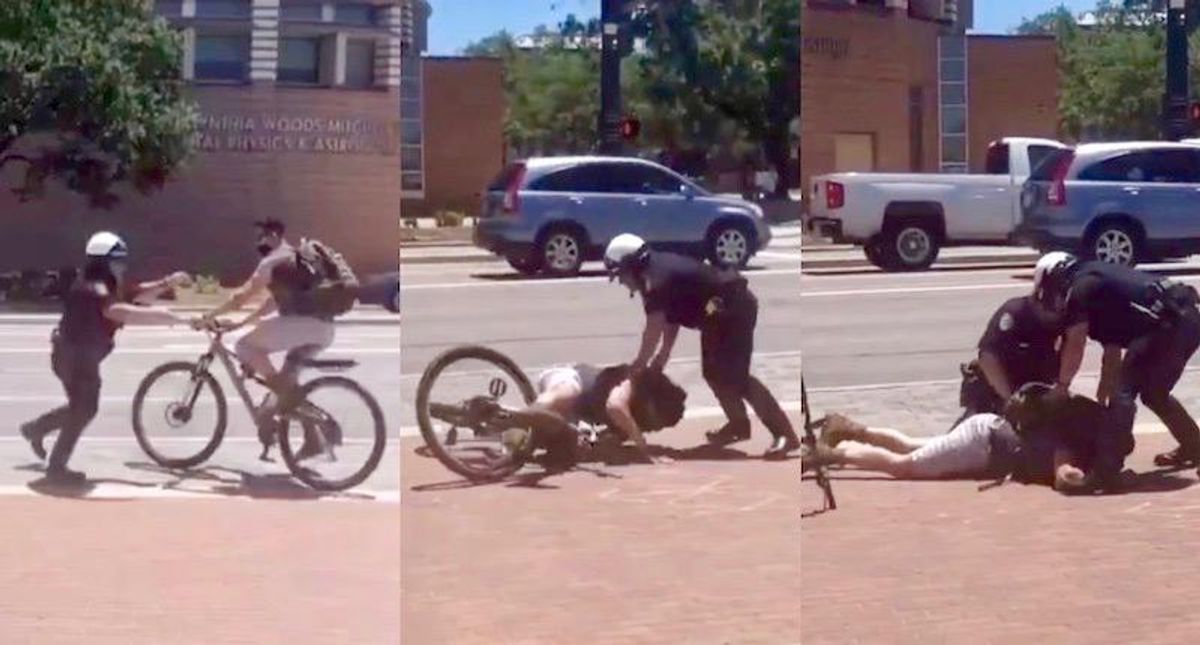 "A College Station police officer warned the man he would be tased if he didn't stop resisting. Moments later the video shows the man being tased in the back as officers struggled to put him into handcuffs."

The man is tasered in less than one minute after the officer, who appears violently angry, pulled him off the bike, and about 12 seconds after he is told, "you're going to get tasered."

"In a statement released to the public shortly after the arrest, College Station police said the 34-year-old man was arrested and charged with evading detention, resisting arrest, and resisting transport."

None of those charges are crimes until the police are involved. In the video the man denies running a red light. The initial crime was allegedly running the light a simple traffic citation. One which in many states is delegated to cameras. From the police statement, which they posted to Twitter, it does not appear he was cited for that violation.