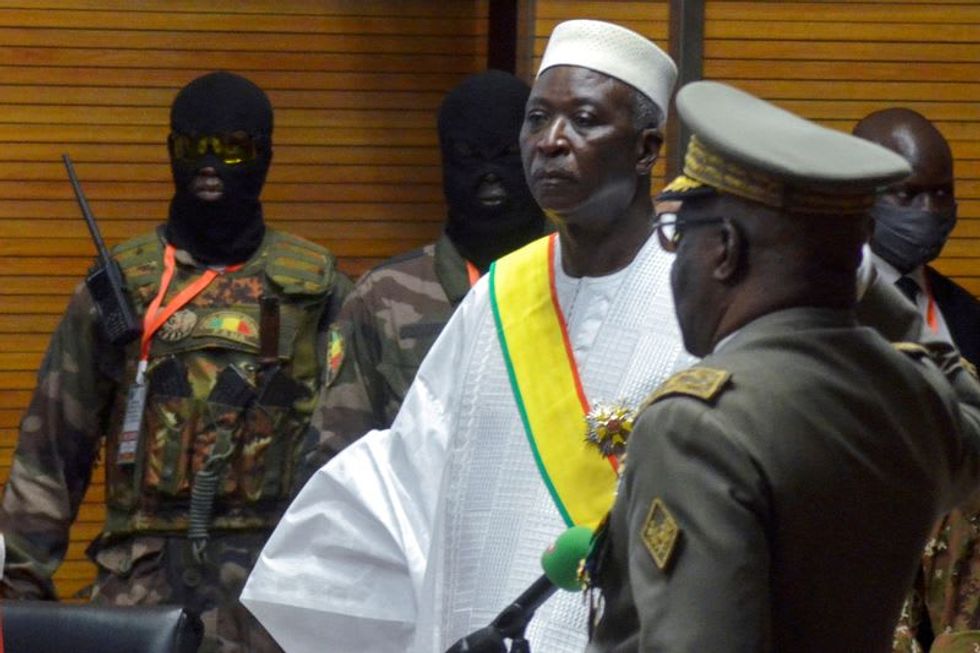 BAMAKO (Reuters) - West African officials were on Tuesday heading for Mali, plunged into crisis after the military detained the president, prime minister and defence minister in what international bodies called an "attempted coup".

President Bah Ndaw, Prime Minister Moctar Ouane and defence minister Souleymane Doucoure were taken to a military base in Kati outside the capital Bamako on Monday, hours after two members of the military lost their positions in a government reshuffle.

The detentions come after the military in August ousted President Ibrahim Boubacar Keita. Ndaw and Ouane were tasked with overseeing an 18-month transition back to civilian rule.

Bamako was calm on Tuesday morning, with streets almost empty and people staying at home. Ndaw and Ouane were still detained in Kati, according to Nohoum Togo, a spokesman for the M5-Rfp opposition coalition, and a source in Kati. Reuters could not independently verify their whereabouts.

A delegation from the main regional decision-making body ECOWAS will visit Bamako on Tuesday, ECOWAS, the United Nations, African Union, European Union and several European countries said in a joint statement. It did not give further details.

U.N. Secretary-General Antonio Guterres said late on Monday he was "deeply concerned" by the detention of Mali's leaders and called for calm and their unconditional release. The U.S. State Department also issued a statement calling for their release.

Ndaw and Ouane appear to have moved against the military's control over a number of key positions.

Two sources told Reuters the military were reacting to the cabinet reshuffle, although their ultimate goal was unclear.

The situation could exacerbate instability in the West African country where Islamist groups linked to al Qaeda and Islamic State control large areas of the desert north and stage frequent attacks on the army and civilians.

Mali has been in turmoil since an earlier coup in 2012 triggered an ethnic Tuareg rebellion in the north, which was then hijacked by al Qaeda-linked jihadists.

French forces intervened to drive back the Islamists in 2013 but they have since regrouped and expanded their reach to neighbouring Burkina Faso and Niger.