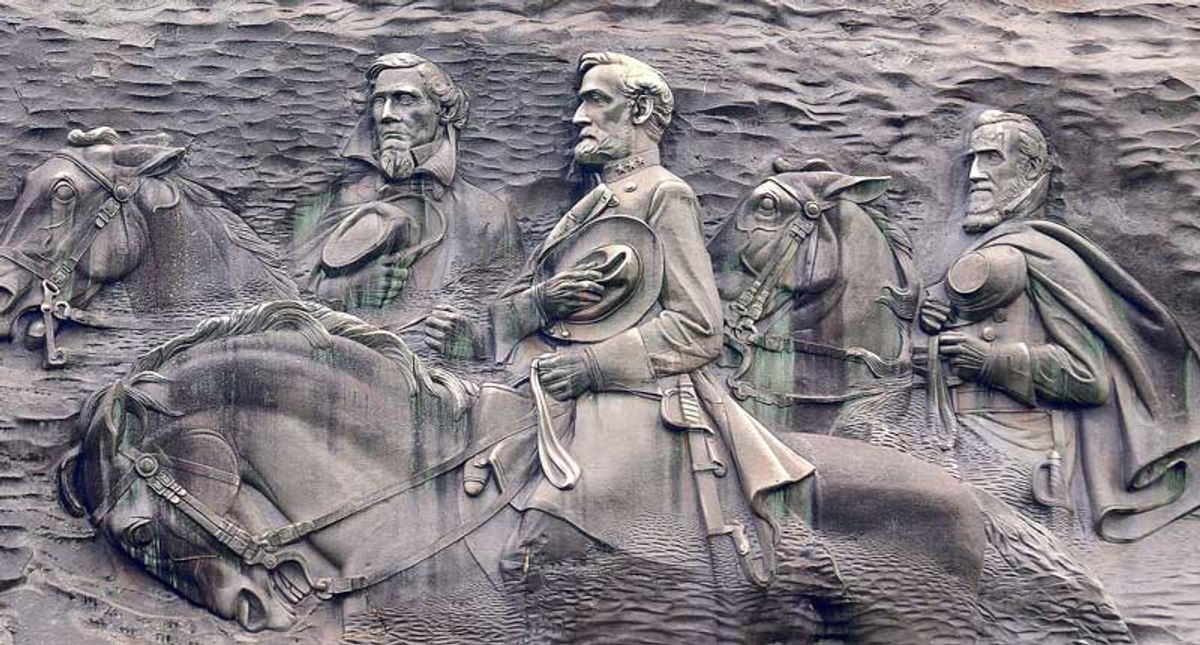 ATLANTA — Late last month, on the state holiday formerly known as Confederate Memorial Day, Bill Stephens stood behind a podium in a crowded ballroom. The longtime CEO of the Stone Mountain Memorial Association was, finally, ready to reveal what had come from months of behind-the-scenes discussions about the future of Georgia's only controversial tourist attraction. "What I am proposing first," Stephens said, "is that we should tell the whole story of Stone Mountain Park. And tell it truthfully. And start with the carving." The carving, of course, is the three-acre homage to Jefferson Davis, S...