Where no ice was seen before: Team designs lunar satellite tools to hunt for water 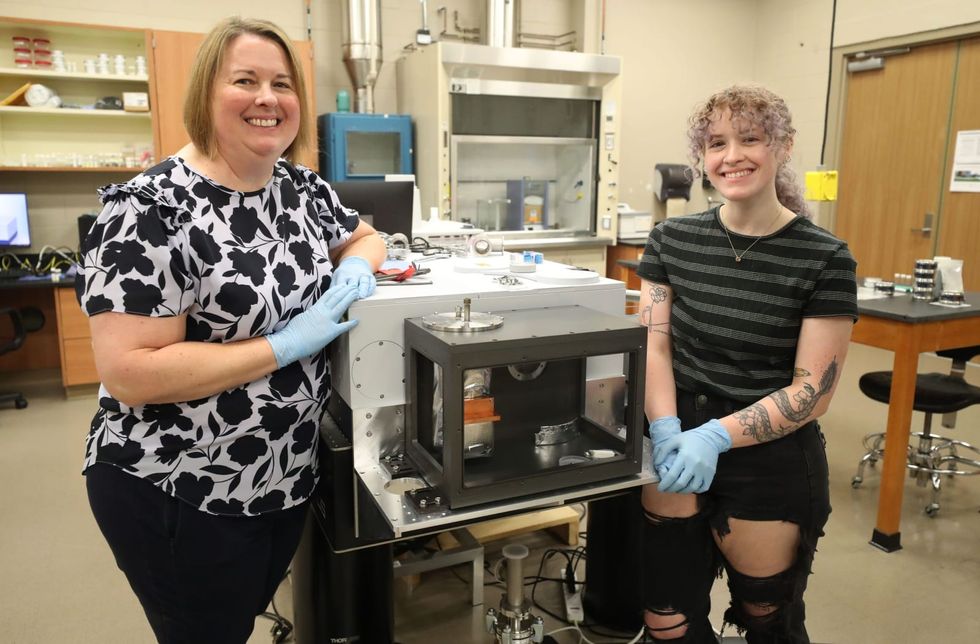 ORLANDO, Fla. -- When Kerri Donaldson Hanna looks at the full moon she sees a future full of opportunity. “I see so much possibility. Humans have put their feet there, looked back at Earth, and saw it as that object in the sky,” said Hanna, a planetary geologist at the University of Central Florida. “I see it as a geographically interesting place. It holds a lot of what’s possible for our future. We’ve been there, but what else can we do?” Hanna and a research team of UCF students are working to print a map of possibilities by creating spectral instruments for a NASA satellite capable of scann...