White House does not rule out Haiti request for U.S. troops 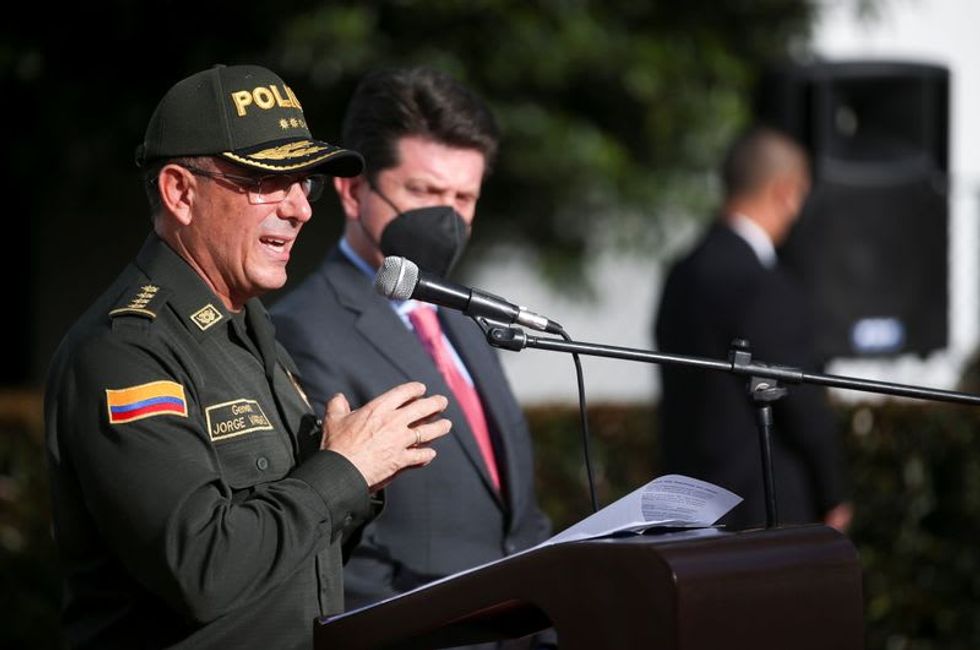 Psaki said Haiti's political leadership remains unclear and that it was vital for the country's leaders to come together to chart a united path forward.

Moise was shot dead early on Wednesday at his Port-au-Prince home by what Haitian authorities describe as a unit of assassins formed of 26 Colombians and two Haitian Americans. Haitian police said on Sunday they had arrested another key suspect.

The death of the president has plunged the troubled country into deeper turmoil, and U.S. officials traveled there on Sunday to assess the situation and meet three politicians who have staked competing claims to take charge.

"What was clear about their trip is that there is a lack of clarity about the future of political leadership," Psaki said at a news briefing.

Haitians in parts of Port-au-Prince were planning protests this week against interim prime minister and acting head of state Claude Joseph, according to social media posts.

Joseph's right to lead the country has been challenged by two other senior politicians, Prime Minister-Designate Ariel Henry and Senate President Joseph Lambert.

Emily Horne, a spokesperson for the U.S. National Security Council, said the U.S. delegation held a joint meeting with the three men.

During the talks, the U.S. representatives encouraged open and constructive dialogue to reach an agreement to enable Haiti to hold free and fair elections, Horne said.

On Sunday, Haitian police said they had detained one of the suspected plot masterminds, 63-year-old Christian Emmanuel Sanon, a Haitian man whom authorities accuse of hiring mercenaries to oust and replace Moise. They did not explain Sanon's motives beyond saying they were political.

On Monday, Haitian police issued an arrest warrant for another Colombian, apparently in connection with the alleged plot. Colombian media said the man was a retired soldier.

Colombian police said on Monday they could not share any hypothesis about the death of Moise and that they respect the Haitian state's autonomy. So far 18 Colombians tied to the case have been arrested and three more killed.

"We cannot construct any hypothesis," General Jorge Luis Vargas, head of the Colombian national police, told journalists in Bogota. "We respect the judicial autonomy of the Haitian state and its authorities."

Families of some of the Colombians, many ex-soldiers, have said their relatives were hired as bodyguards, not as mercenaries, and that they did not kill Moise.

The men were initially contracted to protect Sanon, and were later presented with a warrant to arrest Moise, Haiti's National Police Chief Leon Charles said Sunday.

Photos said to be of Sanon meeting with a group of men, including another suspect in the case, Haitian-American James Solages, began circulating on social media late on Sunday. Reuters could not verify the authenticity of the images.

A man by Sanon's name is listed online as a doctor who has worked in Florida, where a security company that Haitian authorities say hired suspects in the case is based.

Most of the detainees were held after an overnight shoot-out on Wednesday in a suburb of Port-au-Prince, and three killed.

Nineteen tickets to Haiti were bought for the men via the Miami-based security company CTU, Vargas added.

Run by Venezuelan emigre Antonio Enmanuel Intriago Valera, CTU has not responded to requests for comment from Reuters.

According to Colombian police, a man named Dimitri Herard, who served as Moise's head of security, transited through Colombia multiple times earlier this year, during trips to Ecuador and the Dominican Republic between January and May.

High-ranking Colombian intelligence officials have been in Haiti since Friday to assist with the investigation.