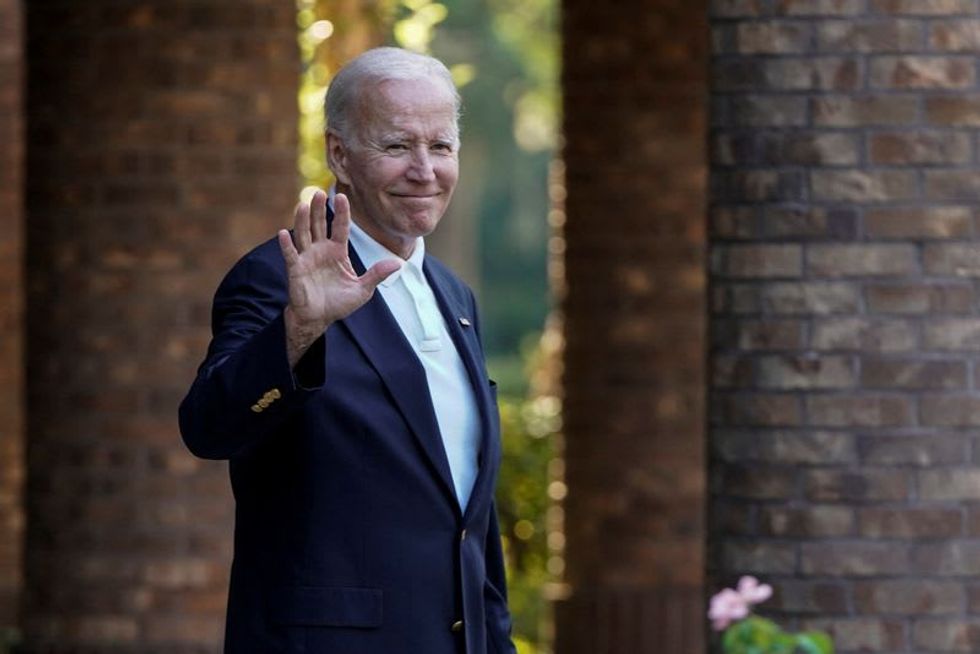 Cabinet members of the Biden administration will be taking 35 trips to 23 states through the end of August, a memo showed on Monday. Biden will hold a fourth Cabinet meeting of his presidency before Labor Day. He will also head to Ohio to attend the groundbreaking of a new Intel megaplant.

The memo said the White House will also organize "hundreds of town halls and roundtables" in collaboration with Democratic lawmakers in the Senate and the House of Representatives to highlight the recent legislative wins.

Biden's public approval, while rising last week to its highest level since early June, still remains very low as only 40% of Americans approve of his performance, according to a Reuters/Ipsos opinion poll completed last Tuesday.

Biden's approval rating has been below 50% since August last year as Americans grapple with high inflation and an economy still scarred by the COVID-19 crisis.

Biden's Democrats face an uphill battle to retain their narrow control of the House and Senate in the Nov. 8 elections. However, Democratic victories in recent weeks on major legislative priorities like climate change, gun control, semiconductors and drug pricing as well as falling gasoline prices and tempered inflation have given Biden and his team hope that voters will not turn their backs on the party in November.

A $430 billion bill, seen as the biggest climate package in U.S. history, was passed this month by Congress and will soon be signed into law by Biden.

Political analysts have said that Republicans are poised to win a majority in the House, but the race for control of the Senate appears much closer.

Republican control of one or both chambers could thwart much of Biden's legislative agenda for the second half of his four-year term.

Details of the travel and media campaign plan were outlined in a White House memo from Deputy Chief of Staff Jen O'Malley Dillon and senior adviser Anita Dunn to Chief of Staff Ron Klain.

'A mess of DOJ’s own making' is handing Trump's lawyers a way out: former prosecutor

In a column for the Daily Beast, former federal prosecutor turned white collar criminal defense attorney Shan Wu chastised the Department of Justice for undermining their chances of indicting Donald Trump by investigating him while also defending him at the same time.

According to the attorney, an ongoing decision by the agency to defend the former president over his attacks on a sexual assault accuser is nothing less than an "embarrassment for DOJ."

NASA and SpaceX have agreed to study the feasibility of awarding Elon Musk's company a contract to boost the Hubble Space Telescope to a higher orbit, with a goal of extending its lifespan, the US space agency said Thursday.

The renowned observatory has been operating since 1990 about 335 miles (540 kilometers) above Earth, in an orbit that slowly decays over time.

Hurricane Ian heads to Carolinas after regaining strength in Atlantic

Forecasters expect Hurricane Ian to cause life-threatening storm surges in the Carolinas on Friday after unleashing devastation in Florida, where it left a yet unknown number of dead in its wake.

After weakening across Florida, Ian regained its Category 1 status in the Atlantic Ocean and was headed toward the Carolinas, the US National Hurricane Center said Friday.

How the GOP exploits Americans' confusion about taxes