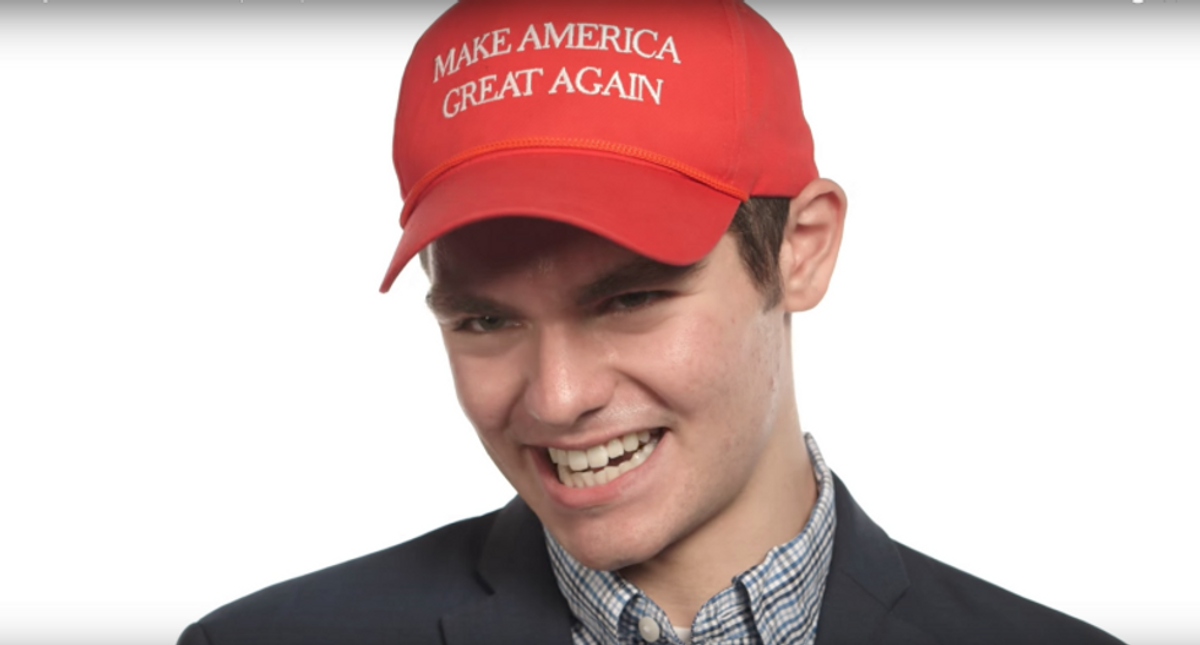 White nationalist and Unite the Right attendee Nicholas Fuentes, de facto leader of the ultra-far-right "groyper" movement, has announced that he plans to attend a Conservative Political Action Conference gathering this weekend in Dallas, although he has not been welcomed at previous CPAC events.

A years-long feud between Fuentes and CPAC organizers appeared to escalate on Wednesday after Fuentes' declaration.

"I will be there! Can't wait!" one follower responded to Fuentes' tweet. Another wrote, "groyper swarm incoming." In other online forums reviewed by Salon, many of Fuentes' followers posted plans to attend CPAC and partake in a "White Boy Summer" meetup in the Dallas-Fort Worth area.

Since 2019, Fuentes has made a point of showing up at CPAC gatherings, likely to create friction and push the bounds of acceptable rhetoric at the American Conservative Union's events, at times making participants and organizers distinctly uncomfortable.

This year will apparently be no different. At CPAC gatherings both last year and this year, Fuentes has staged his own competing event, dubbed the America First Political Action Conference (AFPAC), designed to make the more "mainstream" conservatives of CPAC appear to be RINOs or "cucks."

During the CPAC convention in Florida earlier in 2021, Fuentes attempted to enter the event along with a group of 25 or so fellow white nationalists. They were denied entry.

Fuentes didn't return a Salon request for comment on this story.

Jared Holt, a resident fellow at Atlantic Council's Digital Forensic Research Lab and a former reporter for Right Wing Watch, discussed the fraught relationship between Fuentes and CPAC in an interview with Salon this week. "Nick Fuentes and his followers seem to only go to those conferences to antagonize other participants," Hold said in a phone interview. "It creates situations that have resulted in them being kicked out of the conference. I imagine if they have similar plans in Dallas ... their time inside the conference will be short-lived."

Holt added that Fuentes and the "groypers" see CPAC as a way to "boost their own visibility" and attempt to "siphon off" attendees from more mainstream conservative groups.

More mainstream Republican and conservative pundits, including fervent Donald Trump supporters, generally want nothing to do with Fuentes' overtly racist rhetoric, while he derides them as "shills." Some degree of confrontation is more than likely this weekend in Dallas, where Trump himself will deliver the keynote address on Sunday afternoon.

Physician's assistant Nick Lawyer says that he was forced to resign from his position as the Sanders County health official after a man blamed him for his wife's death, revealed CBS News reporter David Begnaud.

According to Lawyer, the man is claiming that his wife was denied Ivermectin, Hydroxychloroquine and antibodies before she died from COVID-19.