Why Vladimir Putin won’t back down

The Conversation
Photo by Jørgen Håland on Unsplash

Russia’s invasion of Ukraine has shocked the world, but in many ways Vladimir Putin has been building up to this for some time.

For Putin and at least some Russians, the villains of the crisis are not only Ukrainian nationalists, but also western governments. The West is seen as having one set of standards for itself, and another for countries like Russia.

Understanding this aspect of Putin’s perspective on the world is crucial to understanding why he’s been so unwilling to back down in the face of what he sees as western intransigence and hypocrisy. 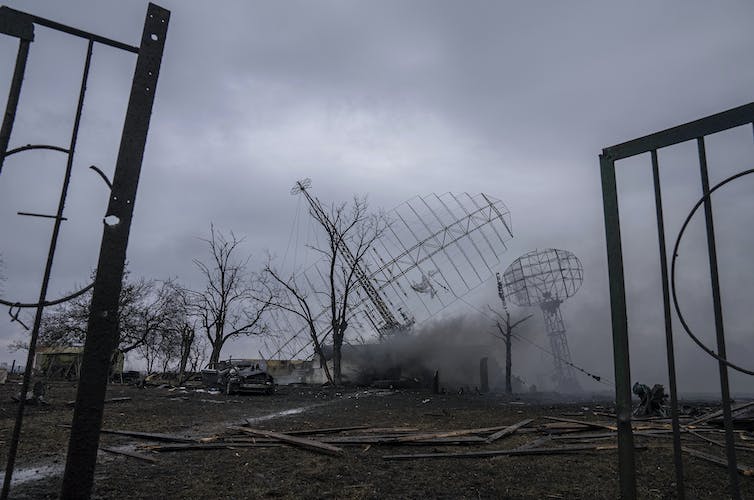 Smoke rises from an air defence base in the aftermath of a Russian strike in Mariupol, Ukraine, on Feb. 24, 2022.

Russian notions of western hypocrisy have a long history going back well into the period of the Soviet Union and the Cold War. A particularly pivotal event was the Cuban Missile Crisis in 1962. During that crisis, the United States questioned whether it was reasonable for the Soviet Union to place nuclear weapons in Cuba, while at the same time putting its own weapons close to the Soviet Union in Turkey. 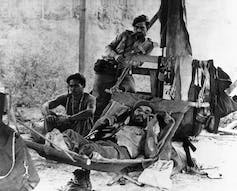 In this April 1961 photo, members of Fidel Castro’s militia rest after an operation in an invasion zone in Cuba. In 1961, the U.S.-backed Bay of Pigs invasion failed to overthrow Soviet-backed Cuban leader Fidel Castro.

At the time, the U.S. invoked the Monroe Doctrine, first laid out in 1823 and an assertion of American dominance in the Western Hemisphere. U.S. politicians said it gave them a free hand to prevent foreign influence in the Americas.

Although Cuban leader Fidel Castro would have liked it, Cuba was never allowed to join the Warsaw Pact — the Soviet equivalent of NATO. The Soviet Union was aware that it would have been extremely provocative to allow Cuba to do so.

The Monroe Doctrine has persisted long after the Cuban Missile Crisis, and was reflected in the U.S. invasions of Grenada and Panama in 1983 and 1989 respectively. The U.S. has never formally renounced the Monroe Doctrine, and it remains a part of the American political toolbox when required.

The Soviet Union attempted to introduce something similar, in what became known as the Brezhnev Doctrine after longtime president Leonid Brezhnev. It called on the Soviet Union to intervene in countries where socialist rule was under threat, even if by force.

In the West, this was seen as lacking the same legitimacy as the Monroe Doctrine because the American cause was seen as just and the Soviet one unjust. Putin is now putting his own Monroe — or Brezhnev — Doctrine into effect. 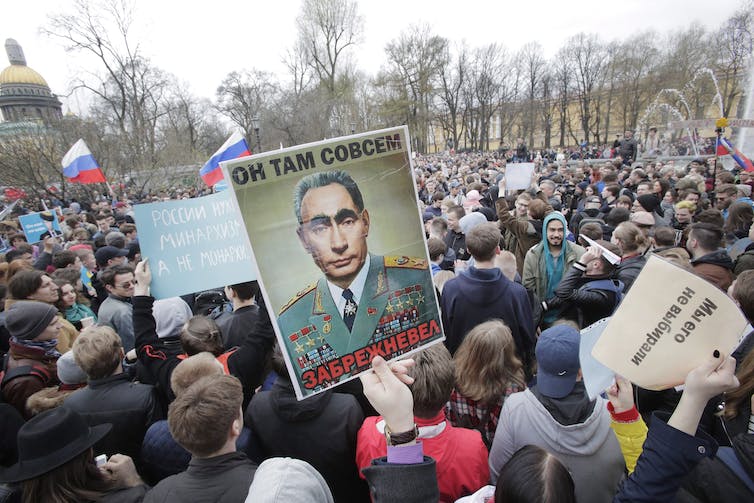 Demonstrators carry a poster depicting Putin as Leonid Brezhnev during a massive protest rally in St. Petersburg, Russia, in May 2018.

For many in post-Soviet Russia, the West has, until now, a history of routinely flouting international law by invading other states — often on a whim. The best example of this is the 2003 invasion of Iraq. Saddam Hussein’s “weapons of mass destruction” never materialized, and are often regarded as a manufactured pretext for western intervention.

NATO intervention in Yugoslavia in the 1990s provides another favourite Russian example of western willingness to flout international boundaries when expedient. The West oversaw the fragmentation of Yugoslavia, where it supported the breaking away of Kosovo from Russian-backed Serbia.

For Putin, the protection of Russian speakers in Ukraine is as justifiable a reason for intervention as those offered by the West in Iraq and Yugoslavia.

In Russian eyes, the West has been the aggressor up until now, taking advantage of Russian weakness since the collapse of the Soviet Union to support nationalist governments in the former Soviet space. These countries have often had large Russian minorities within their borders.

NATO expansion into the former Soviet Union has certainly been, from a Russian governmental perspective, a betrayal of western commitments at the end of the Cold War to limit NATO expansion to a united Germany. It’s also been seen as part of a growing threat to Russia’s security — right in its backyard. 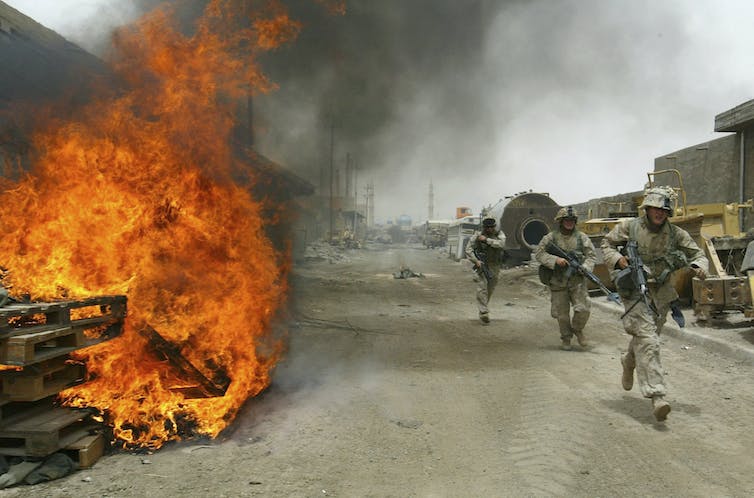 In this 2004 photo, U.S. Marines burn their fortifications on front-line positions in Fallujah, Iraq, as they pull out of the city.

The West’s arming of Ukraine has undoubtedly been seen by the Russian government as providing Ukrainians the means to finally crush pro-Russian separatist forces in the east without having to grant them the sort of autonomy that was suggested in the now-defunct Minsk Protocols of 2014-15. These agreements were designed to end a separatist war by Russian speakers in eastern Ukraine.

For Putin, the only solution in the face of a lack of progress on the Minsk Protocols and western unwillingness to take Russian demands seriously has been to recognize the breakaway republics and move from covert to overt military action. 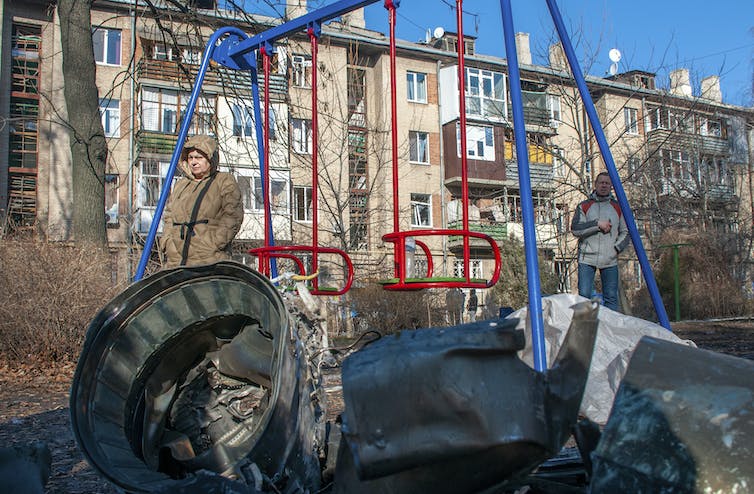 A man and woman stand next to fragments of military equipment on the street in the aftermath of a Russian strike in Kharkiv in Ukraine, on Feb. 24, 2022.

The western approach to diplomacy with Russia and other powers that aren’t “one of us” has played a role in bringing the crisis to its current and tragic point.

When a parent disciplines a child, that discipline is usually more effective if it’s not a case of “do as I say, not as I do.” Vladimir Putin’s resulting meltdown will undoubtedly cost thousands of lives.