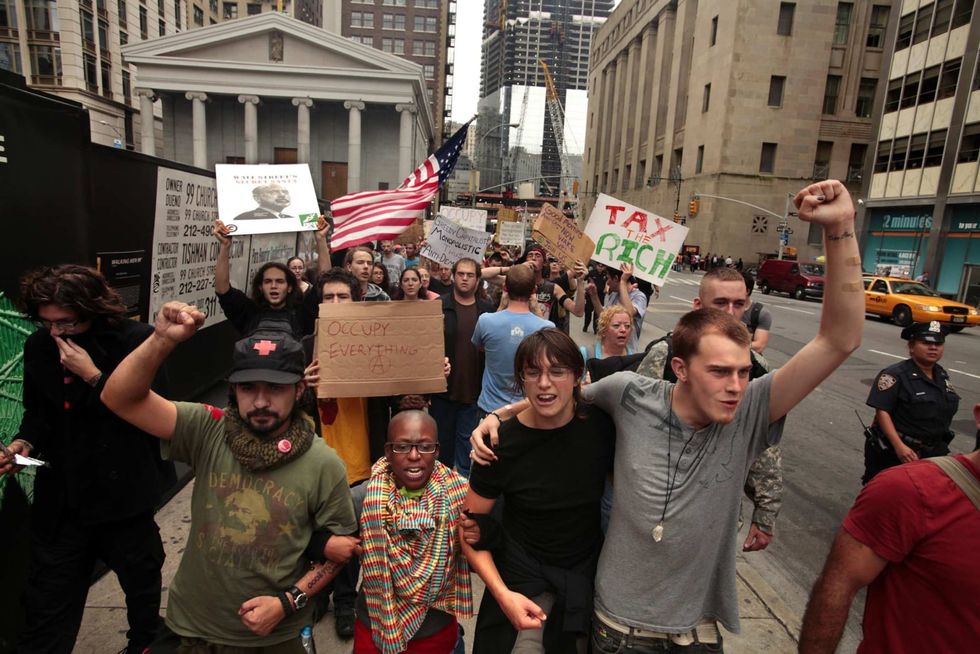 Day 13 of Occupy Wall Street begins with a march through the streets of lower Manhattan, at around the time the bell rings on Wall Street on September 29, 2011. - Carolyn Cole/Los Angeles Times/TNS

First, they ignored Occupy Wall Street. On the late-summer morning of Sept. 17, 2011, there were no major news organizations present — not even the hometown New York Times — when a ragtag army of a couple hundred protesters fed up with America’s gross inequality tried to set up camp in the heart of Manhattan’s Financial District and were pushed back by a massive police response to an unknown spot called Zuccotti Park. Then, they ridiculed it. As the crowds of campers in the park re-dubbed “Freedom Plaza” swelled and protests spread to scores of other U.S. cities and then around the world, the ...