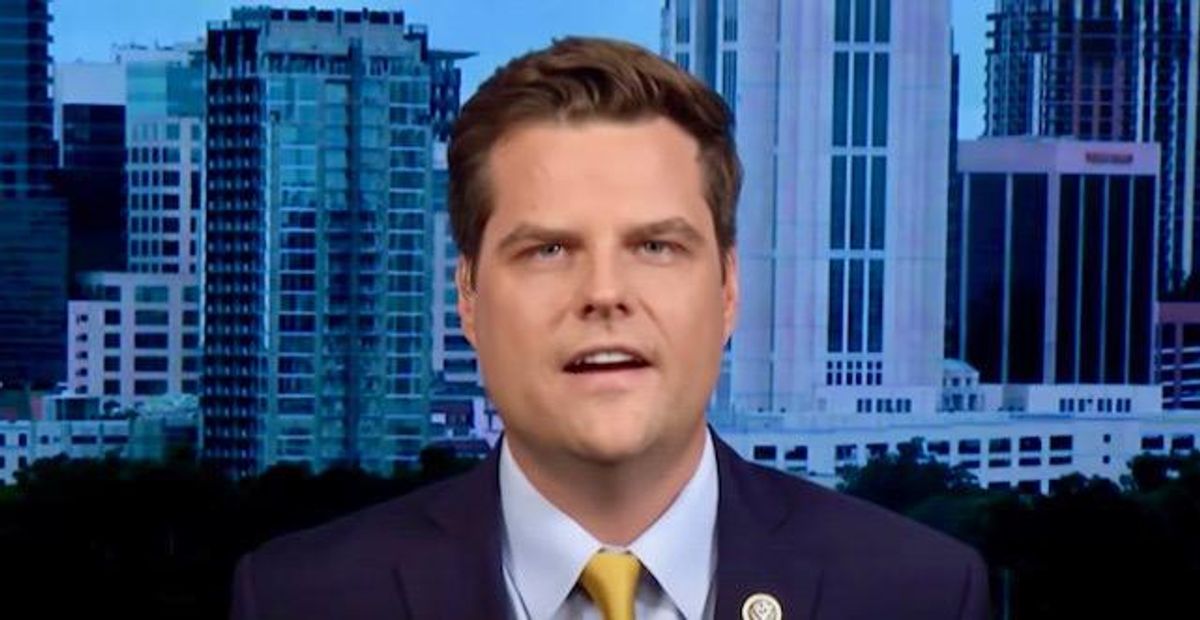 House Minority Leader Kevin McCarthy appeared to downplay the allegations of child sex trafficking and an illicit sexual relationship with an underaged teenage girl against Rep. Matt Gaetz (R-FL) on Wednesday, refusing to remove him from the Judiciary Committee which has oversight authority of the Dept. of Justice.

McCarthy, the top House Republican, said he would strip Gaetz of his committee assignments only if the allegations prove to be true, which could mean only after a jury trial. Gaetz is possibly facing several serious federal felony charges and his position on Judiciary poses a deep conflict of interest.

"Look I haven't heard from DOJ, I haven't been able to talk to Matt Gaetz yet, I just read the story," McCarthy told Fox News more than 12 hours after the story broke.

"Those are serious implications, if it comes out to be true yes we would remove him" from his committees, McCarthy said, "if that was the case."

"But right now Matt Gaetz says this is not true and we don't have any information," McCarthy, who has been accused repeatedly of being a weak leader, added.

"If it comes out to be true, we would remove him" -- Kevin McCarthy says he'll remove Gaetz from committees if sex trafficking allegations turn out to be true pic.twitter.com/GylpQZ4AoI
— Aaron Rupar (@atrupar) March 31, 2021