With US consumers 'getting fleeced,' Democrats demand windfall profits tax on Big Oil

Progressive members of Congress on Wednesday ramped up calls for a windfall profits tax on oil giants after President Joe Biden pleaded directly with Exxon, BP, Shell, and other companies to boost production instead of just padding their bottom lines—and hitting consumers with huge cost increases.

"I understand that many factors contributed to the business decisions to reduce refinery capacity, which occurred before I took office," Biden wrote in letters to the top executives of seven major oil corporations on Tuesday. "But at a time of war, refinery profit margins well above normal being passed directly onto American families are not acceptable."

"We also need to pair the windfall tax with significant investments in renewable energy, so that the fossil fuel industry can never hold our economy hostage again."

"The crunch that families are facing deserves immediate action," the president continued. "Your companies with my administration to bring forward concrete, near-term solutions that address the crisis and respect the critical equities of energy workers and fence-line communities."

It's far from clear, however, that Big Oil has any interest in voluntarily sacrificing record-shattering profits for the sake of providing any form of relief to consumers at the pump, where the average price of gas has surged past $5 per gallon on average nationwide.

During a press call held Wednesday shortly after Biden delivered his appeal to oil executives, progressive lawmakers and climate campaigners argued that swift action from Congress and the White House is needed to stop oil giants' price gouging.

Sen. Sheldon Whitehouse (D-R.I.), the lead Senate sponsor of windfall tax legislation in the Senate, stressed on the call that rising gas prices are "not the fault of the local gas station owner."

"Oil companies set oil prices. Nobody else does," said Whitehouse, who ripped fossil fuel giants for raking in "massive, massive, massive excess profits" on the backs of consumers. One recent analysis estimated that U.S. oil companies are set to bring in up to $126 billion in extra profits this year thanks to Russia's war on Ukraine, which has thrown global energy markets into turmoil.

Unveiled last month, Whitehouse's legislation would hit large, profitable oil companies with a per-barrel tax amounting to 50% of the difference between the current price of a barrel of oil and the average price per barrel between 2015 and 2019. The tens of billions of dollars in federal revenue generated by the tax would then be paid out to consumers in the form of a quarterly rebate.

Rep. Ro Khanna (D-Calif.), the bill's chief sponsor in the House, pointed out that the conservative British government recently approved a 25% tax targeting the "extraordinary" profits of oil and gas firms, which are using global energy chaos to enrich their executives and shareholders.

'The shutdown is actually underway anyway -- all the time': Real Time panel calls out Trump's slow destruction of the government 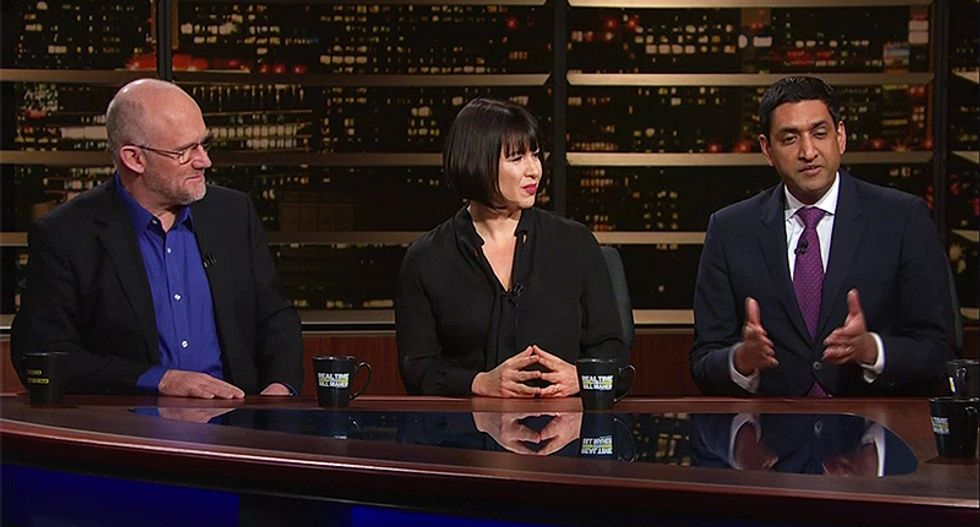 Because 'people are suffering,' Ro Khanna says Democrats have 'moral obligation' to pursue deal with White House on COVID relief 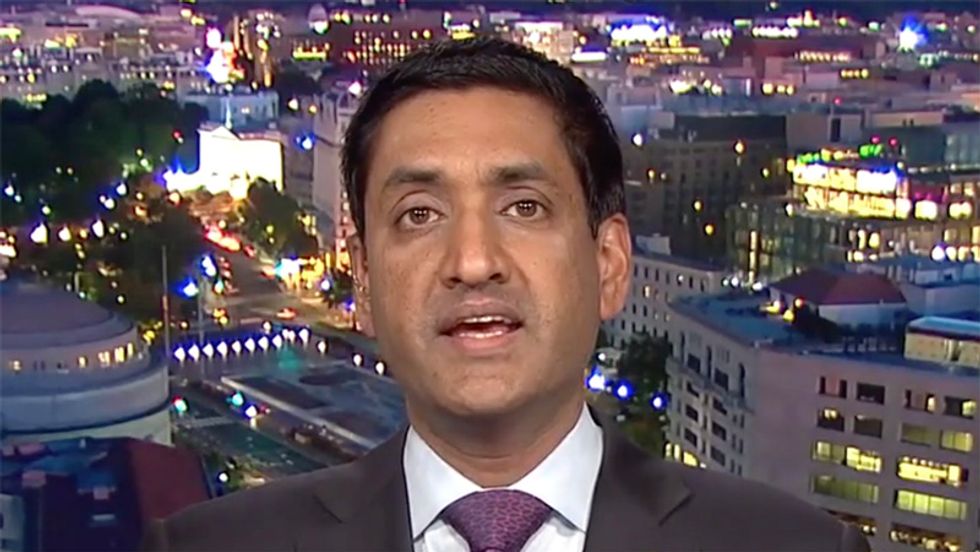 "There's no reason that we can't do this in the United States," Khanna said of the windfall tax. "And when we did something similar in 1980, it led to a decrease in prices and, actually, an increase in production."

"It is common sense," argued Khanna. "You have these oil companies making record profits at a time of a national emergency. The people who are getting fleeced are the American consumers."

While the measure's path to passage is highly uncertain in the evenly divided Senate—where Republicans and Democratic allies of the fossil fuel industry such as Sen. Joe Manchin (W.Va.) are standing in the way—the windfall tax proposal is overwhelmingly popular with the U.S. public.

According to one survey published in March, 80% of U.S. voters—including 73% of Republicans—support "placing a windfall profits tax on the extra profits oil companies are making from the higher gasoline prices they are charging because of the Russia-Ukraine situation." Additional polling data released Tuesday shows that 76% of U.S. voters say they would be more likely to support a candidate who backs a windfall profits tax.

White House officials have said they are examining congressional windfall tax proposals, but the president has yet to endorse specific legislation.

"On top of everything else that our country has been going through, working Americans are now being hit with a cost-of-living crisis," Rep. Jamaal Bowman (D-N.Y.) said during Wednesday's press call. "People are struggling to afford basic necessities, and a big reason why is the profiteering of the fossil fuel industry. We need to finally start making Big Oil pay. And we need to provide relief to Americans who are suffering."

"We also need to pair the windfall tax with significant investments in renewable energy," Bowman added, "so that the fossil fuel industry can never hold our economy hostage again."