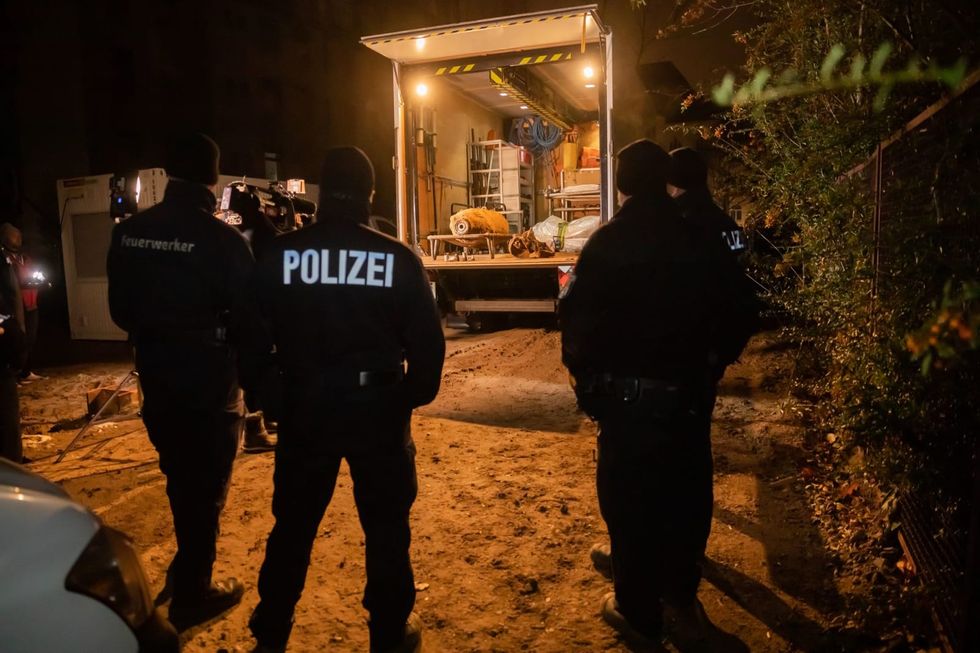 Officers of the Berlin Police Explosive Ordnance Disposal Service stand in front of a bomb lying in a truck after defusing a World War II bomb on the grounds of the Jewish Hospital. Around 15000 people are affected and have to leave their homes in a circle of 500 metres around the site while the 250-kilogram bomb is being defused. Christoph Soeder/dpa

The bomb is now due to be removed from the site where it was discovered at Berlin's Jewish Hospital, after which the 15,000 local residents who were asked to leave their homes for their own safety during the operation will be allowed to return to their homes.

Police explosives experts led the operation to defuse the bomb. A 500-metre exclusion zone around the site has been in force since early Sunday morning.

The police said that the evacuation of the area had been considerably delayed due to the unforeseen time needed to evacuate those with physical disabilities and acute illnesses. In addition, many residents took some persuading before they agreed to leave their homes.

The evacuation order affected the Jewish Hospital and the German Red Cross Hospital, with all who were able called upon to spend the day with friends and family. Others were told to turn up at assembly points where they were to be transported to emergency shelters by bus.