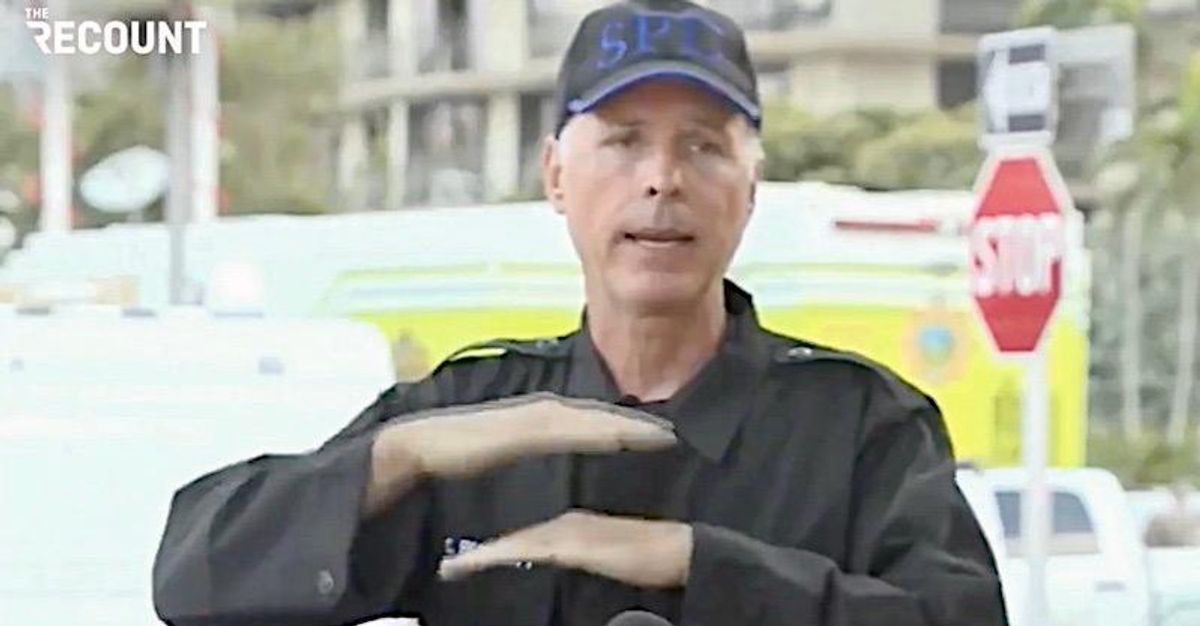 He said it's "less likely than a lightning strike."

One person is reported dead after the building collapsed around 2 AM with CNN saying a "considerable portion" of the building is gone. Burkett suggests there may be more fatalities.

“The problem is the building has literally pancaked," he says. "It's heartbreaking because it doesn't mean, to me, that we're going to be successful, as successful as we want to be, to find people alive."