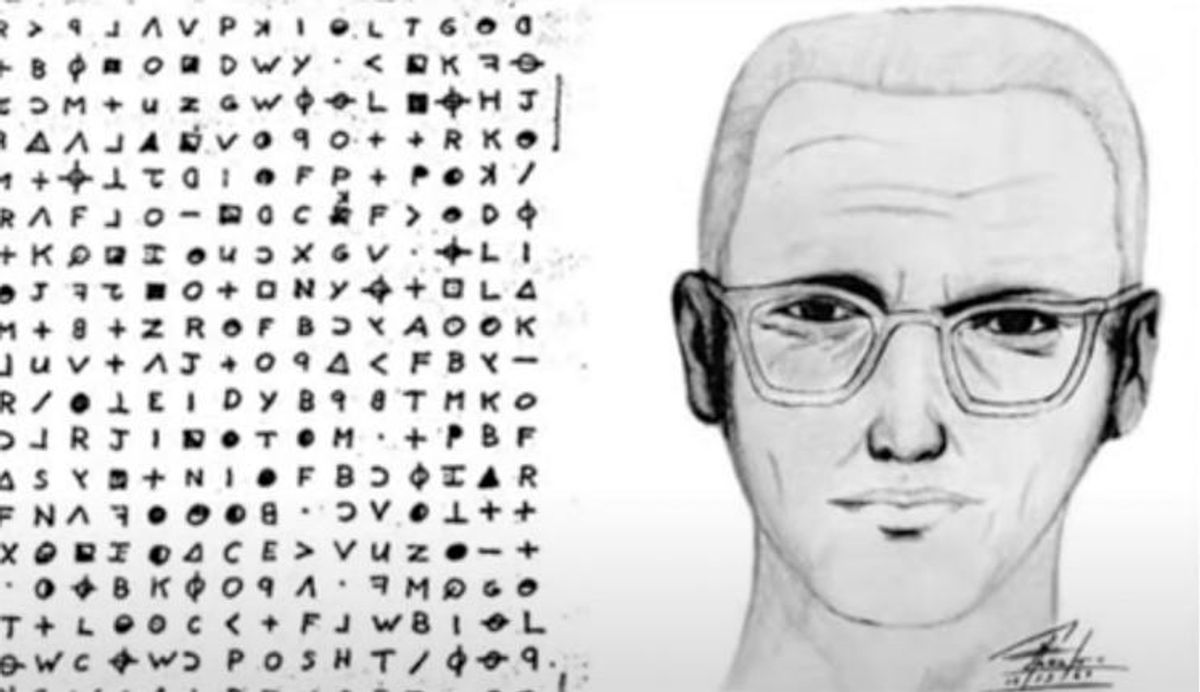 Sam Blake, an Australian mathematician, first learned of the Zodiac Killer's unsolved ciphers — a series of encrypted messages — from a documentary in the 1990s. His interest marginally increased in 2007 after the release of David Fincher's "Zodiac," but it wasn't until last year that it completely was cemented while watching code-breaking expert David Oranchak's "Let's Crack Zodiac" YouTube series.

The series was dedicated to solving the codes the Northern California serial killer sent in letters to newspapers in the late 1960s and early 1970s. One of the ciphers, called the 408 cipher, was solved in 1969 by a schoolteacher and his wife, but it did not reveal the killer's identity; the additional three puzzles remained unsolved for over 51 years, despite advances in computer technology.

"[Oranchack] put together some really good videos where he did a deep dive into the analysis of the 408 cipher, then he did a couple of talks at the American Cryptogram Association on the unsolved 340 cipher," Blake said. "I really liked his approach, it was very analytical. And when I saw his presentation, I thought there were probably a couple of things I could suggest, to see if he'd tried before."

Blake's suggestions snowballed into him and Oranchak formally working together, along with Belgian programmer Jarl Van Eycke, to solve the cipher, which is organized as a grid of 63 unique, mysterious symbols.

Two weeks ago, they succeeded after spending a year using Van Eycke's code-breaking computer program and more than 650,000 variations written by Blake. The cipher roughly translates to say:

On Dec. 11, the FBI verified the cipher had been solved by "private citizens."

"The Zodiac Killer case remains an ongoing investigation for the FBI San Francisco division and our local law enforcement partners," the organization said in a statement. "The Zodiac Killer terrorized multiple communities across Northern California and even though decades went by, we continue to seek justice for the victims of these brutal crimes."

According to Blake, the 340 cipher was much more complex than the 408 cipher because of its organization. It not only required decoders to work out the key for the letters, but the direction that the letters ran as well.

"I've been asked before if I thought the Zodiac understood how much more difficult he made it by doing this and I doubt he did, because otherwise he wouldn't have put such contemporary material in the contents of the cipher," Blake said. "Like 'that wasn't me on the TV show,' that's something you would have probably wanted to come out sooner than 51 years about he wrote it in there."

There are a lot of theories about who the Zodiac is or was, and numerous online groups and subreddits dedicated to investigating and picking them apart. Blake believes that the enduring interest in the case is that he was very much "his own self-publicist."

"He didn't just send ciphers into newspapers," Blake said. "He sent multiple, multiple letters, communications, cards and drawings. Threats to blow up busses and all sorts of things. He really kept himself in the public eye doing that."

The mysterious nature of those ciphers, as well as the fact that the crimes remain unsolved, cemented the Zodiac Killer as a kind of dark pop culture symbol that has endured through the true crime boom. "Dirty Harry," which stars Clint Eastwood, is very loosely based on the Zodiac case and features a killer (Andrew Robinson) who calls himself "Scorpio." Fictional killers who send messages like the Zodiac ciphers have appeared in everything from "Criminal Minds" to the anime series "Death Note."

Just last year, FX aired "The Most Dangerous Animal of All," a four-part documentary series that explored Gary L. Stewart's search for his biological father, Earl Van Best Jr., only to uncover evidence that perhaps suggests his father was the Zodiac Killer.

Blake wouldn't classify himself as a huge fan of true crime, but he is interested in documentaries that detail the strides in science that are enabling investigators to catch series killers.

"For example, I really enjoyed watching different presentations given by Paul Holes about how they used familial DNA and genealogy to catch the Golden State Killer," Blake said. "I believe many cases have been solved using that technology which is amazing. My interest in them is more the methods of catching them than the actual underlying perpetrators."

There are still two Zodiac Killer ciphers that remain unsolved, called the Z13 and Z32 ciphers. The Z13, in particular, has fascinated researchers for over 50 years because it is immediately preceded by the phrase, "My name is . . ."

Blake said that he and his team are interested in turning their attention to those, and he's currently going to see if the university where he works would be willing to finance their research.

"At the moment, it's been sort of a side project," Blake said. "But now that we've had this success and it's looking like we're heading in the right direction in terms of solving these, I'd like to certainly devote more time to it."