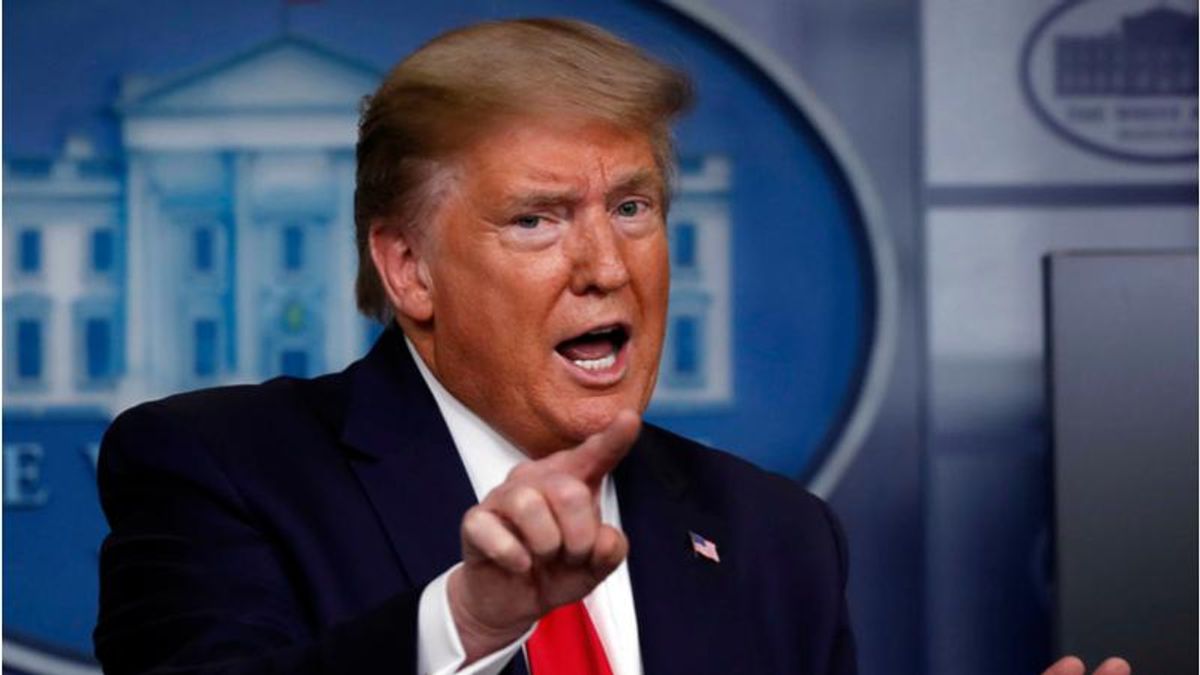 Among the lifted lines include, "What does human equality mean in the statement that 'all men are created equal'? Equal in what respects? What view of human nature does this presuppose? Does the Declaration intend to include African Americans, as Abraham Lincoln, Frederick Douglass, and Martin Luther King, Jr. all insisted?" Some eight paragraphs are copied in this manner.

The 1776 Report, first announced by outgoing Housing and Urban Development Secretary Ben Carson and released on Martin Luther King Day, is a response to The New York Times' "1619 Project," which sought to highlight overlooked aspects of how slavery shaped America's law, culture, and history — something that has triggered widespread anger among right-wing commentators.

Trump's report, which has almost no formally trained historians among its authors, has already drawn widespread criticism, given its heavy right-wing slant and factual inaccuracies. For example, the report claims George Washington freed all of his slaves immediately after death, which is not true.

Former Republican lawmakers slammed the GOP for its silence after Rep. Paul Gosar, R-Ariz., spoke at a conference organized by a white nationalist who praised the Jan. 6 Capitol riot, weeks after being linked to the rally that sparked the deadly attack

Gosar skipped Friday's vote on a $1.9 trillion coronavirus relief package approved by the House to attend the America First Political Action Conference, which was organized by white nationalist Nick Fuentes, who mused about killing members of Congress days before the riot. Gosar later condemned "white racism" during an appearance at the Conservative Political Action Conference ahead of former President Donald Trump's speech over the weekend — and then met with Fuentes again after the event.

Republican Rep. Madison Cawthorn of North Carolina is suddenly facing a cascade of bad news that threatens to undermine the rising GOP star just as he begins to troll his way to the top. Amid a string of sexual misconduct allegations that resurfaced last week, Cawthorn has been accused of lying about the car crash that left him partially paralyzed years ago.

On Saturday, Buzzfeed News published a report interviewing over three dozen people from Cawthorn's past who corroborated accounts that the now freshman Republican congressman has a history cornering women with sexual advances. According to the report, Cawthorn would take women on "fun drives" during his time at Patrick Henry College where he would allegedly take women on back roads routes around campus and attempt to kiss or touch them inappropriately. Cawthorn is accused of pressuring one woman to sit on his lap, and when she resisted his attempts to kiss her, he allegedly held her face in place so she couldn't get away.

When getting vaccinated against covid-19, there's no sense being picky. You should take the first authorized vaccine that's offered, experts say.

The newest covid vaccine on the horizon, from Johnson & Johnson, is probably a little less effective at preventing sickness than the two shots already being administered around the U.S., from Pfizer-BioNTech and Moderna. On Saturday, the Food and Drug Administration authorized the Johnson & Johnson vaccine after reporting it showed about 66% effectiveness at preventing covid illness in a 45,000-person trial. No one who received the vaccine was hospitalized with or died of the disease, according to the data released by the company and FDA. As many as 4 million doses could be shipped out of J&J's warehouses beginning this week.