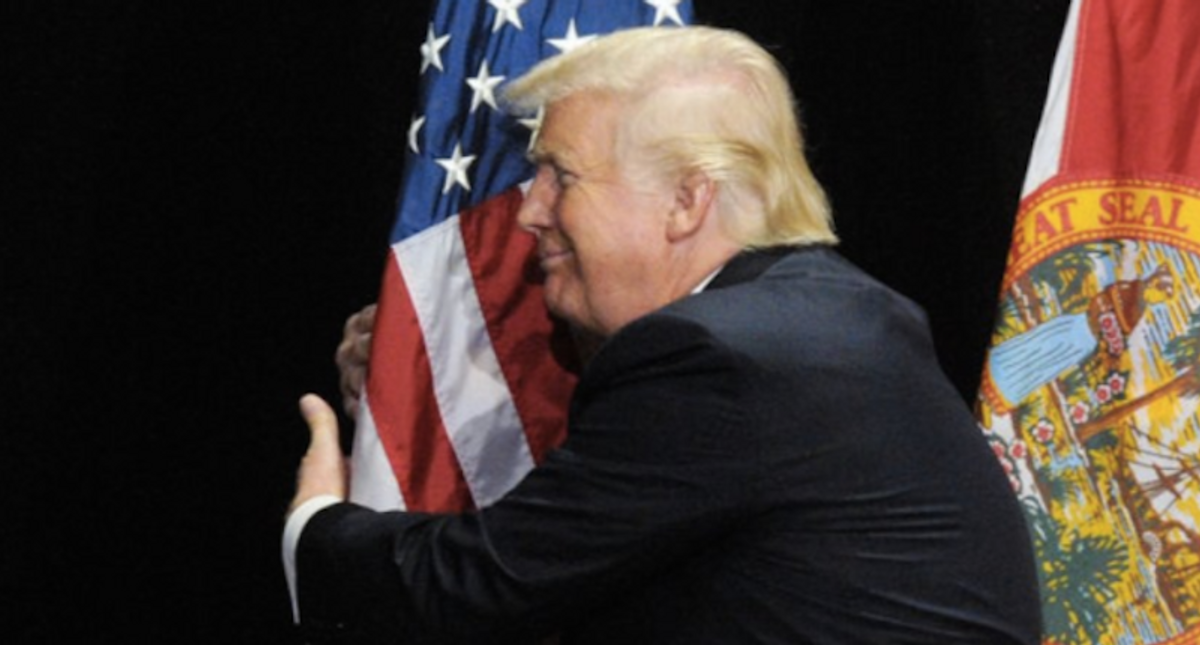 Republican state legislators in South Carolina on Wednesday introduced a bill that would require public school students to receive conservative historical education consistent with the "principles and concepts" of former President Donald Trump's 1776 Commission Report, a move that ignores the widespread rebuke of historians and progressive activists that accompanied its initial release.

"We have, in today's society, a lot of disrespect for the flag, the national anthem, and that sort of thing," the bill's sponsor, State Sen. Dwight Loftis—a Greenville Republican—told WCSC. "The knowledge of where we came from and why our forefathers did what they did, I think it's important that we know."

However, critics note that Trump's 1776 Commission—an 18-member panel that had no historians—whitewashes slavery and asserts universities are pushing anti-Americanism by exploring the nation's roots of oppression, cruelty, exploitation, and greed.

The commission's report (pdf)—which was released this Martin Luther King Jr. Day—was condemned by the American Historical Association and dozens of other history-centered organizations for largely ignoring crimes against humanity perpetrated by the nation's founders, including slavery, genocide, and imperialistic conquest, while portraying the men as "godlike."

At the time, the ACLU tweeted that "our nation will never move forward if we allow our leaders to ignore and rewrite its history."

"America has existed longer with slavery than without," the group added, "and reports like this make it clear that its legacy continues to manifest through systemic racism."

The commission report argues that "the most common charge" against the founding fathers is that they were "hypocrites who didn't believe in their stated principles."

"This charge is untrue," the report claims. However, although the Declaration of Independence proclaims that "all men are created equal," many of the nation's founders, early leaders, and a quarter of all U.S. presidents bought and sold slaves, while advocating and waging genocidal campaigns against Native Americans and restricting the vote and other rights to certain white, land-owning men.

Loftis said he regrets "the fact that this seemingly always comes to the slavery issue, which I don't agree with," but "we've always had slavery."

"I think it's good to know the good and the bad," Loftis added. "That's what we learn from history."

"I think there's a lot we can be proud of striving for these ideals, but we should not be papering over the problems that we have faced and overcome at times," Burton said. "We have had problems. We're in problems now with this kind of legislation itself. It introduces more problems and more politics. It is telling people how to think, not to think."