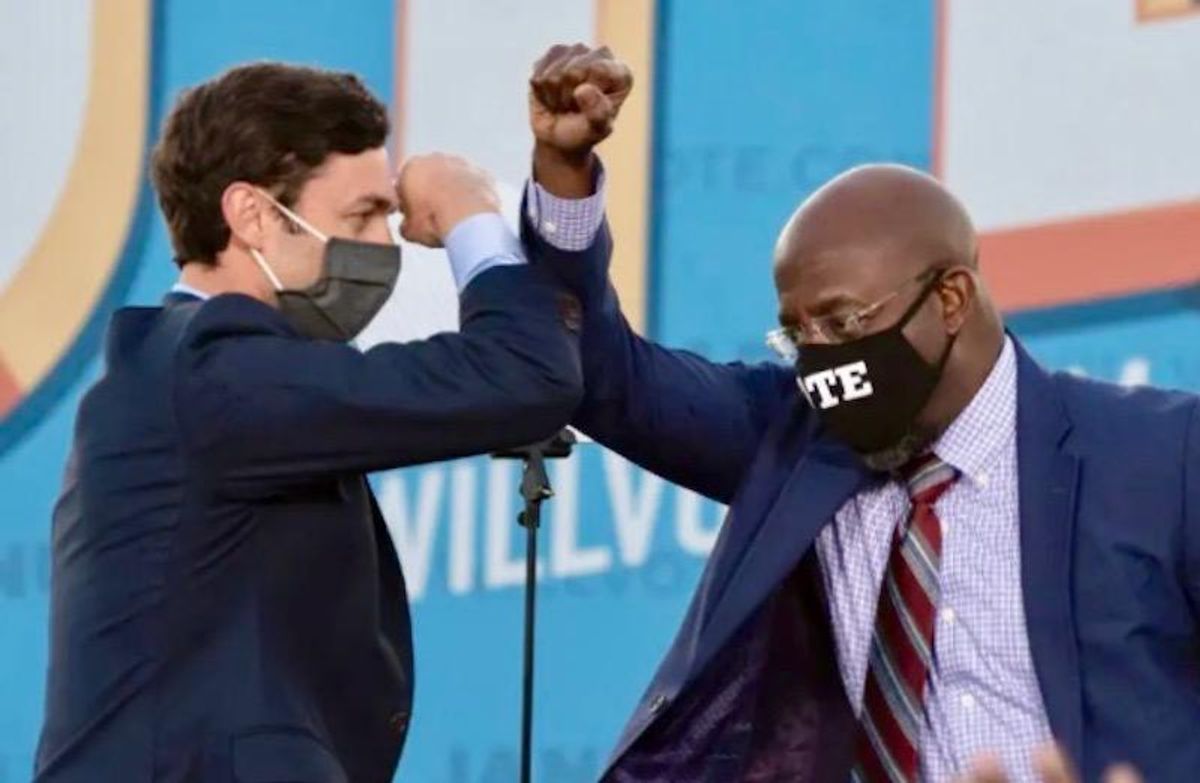 The Biden administration was pressed on Thursday to quickly get $2,000 stimulus payments out the door.

"The two newly elected Democratic senators from Georgia pressed White House officials and fellow Senate Democrats Thursday to act quickly to pass a new round of stimulus checks, arguing that this promise won their party the Senate majority and needs to get done," The Washington Post reported Thursday. "The comments by Sens. Jon Ossoff and Raphael G. Warnock during a private lunchtime call with the Senate Democratic caucus and top White House economic advisers were confirmed by several people with knowledge of them, who spoke on the condition of anonymity because the discussion was private."

"Ossoff and Warnock both won special elections in Georgia earlier this month on promises to deliver voters a new round of $2,000 stimulus checks if elected. President Biden made the same pledge to Georgia voters while campaigning for the two candidates, whose victories gave Democrats narrow control of the Senate," the newspaper noted.

Biden's plan includes $1,400 stimulus checks, but has run into GOP opposition and to-date the Biden administration has not pressed Senate Democrats to pass the stimulus via budget reconciliation, which would allow passage without any Republican support.

"The arguments from Ossoff and Warnock in favor of fast action on the checks played into a larger sense of urgency among Democrats during the discussion Thursday that Biden's package must be enacted swiftly, with or without GOP support. Aides to both Ossoff and Warnock declined to comment on the closed-door lunch," the newspaper reported. "Biden administration officials on Thursday's call included National Economic Council Director Brian Deese; Jeff Zients, who heads the administration's covid-19 response; and Anita Dunn, a senior adviser to the White House. A White House spokesman declined to comment."