Once again, I have to exercise skepticism that there's huge numbers of "angry white women" out there who will vote McCain instead of Obama out of spite. Spite feelings are running high right now, which is why Joan Walsh makes me cringe 15 separate times in her piece today. Threats that there's going to be a white feminist stampede out the door to McCain (with a few racist potshots thrown out on the way) are highly overrated. I don't doubt that Obama won't get the vote of blatantly racist white people, but I suspect most of them decamped to the Republicans in 1964 with Strom Thurmond.

But for those who want a good reason to vote for Obama over McCain (I can't believe I'm writing this) for feminist reasons, um, there's the issues. Remember those? Again, I think 99.9% of feminists are smart enough to remember those, even those smarting because they were invested in the Clinton campaign. I think a lot better of feminists than those who point to Geraldine Ferraro and say, "See? They're angry and bitter and need to be coddled." It reinforces a negative and untrue stereotype of women that we're emotional and irrational and can't be reasoned with. But really, it's only Ferraro who is being irrational and unreasonable. You can't extrapolate from there about all women, all white feminists, or even most of either group. Remember how it works: 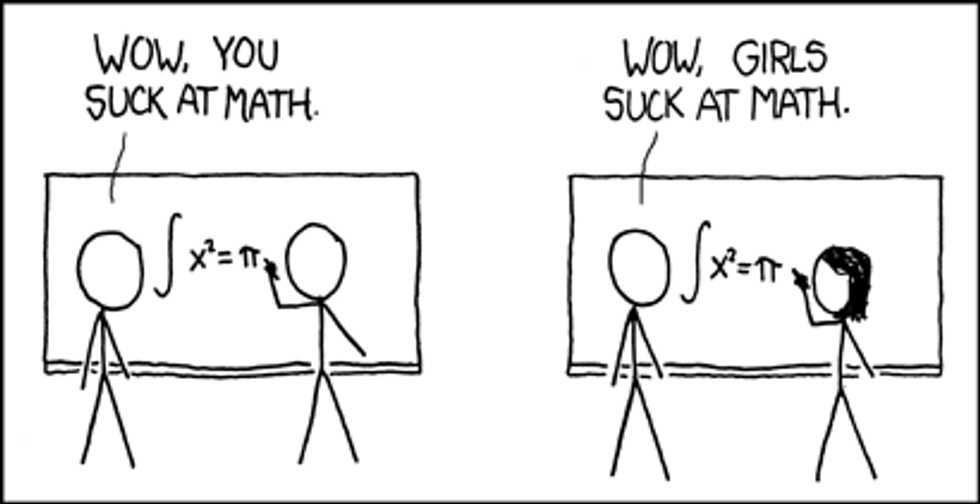 We can't extrapolate irrationality onto feminists or white feminists as a group because a couple have been loud and obnoxious about it. On the issues, Obama is no different than Clinton was, at least by the standards of intellectual honesty. His campaign is right with feminists on what should be considered "women's" issues---look at the Women page of his campaign website, which both addresses women's concerns without catering to the idea that women's concerns are some boutique set of concerns. Access to health care is listed as #1 on the page, which just so happens to be, by my measure, a #1 issue for reproductive justice advocates that rightly realize that women's right to use health care means nothing if they can't pay for it.

Obama is pro-choice, of course. And we know where McCain stands on that issue. 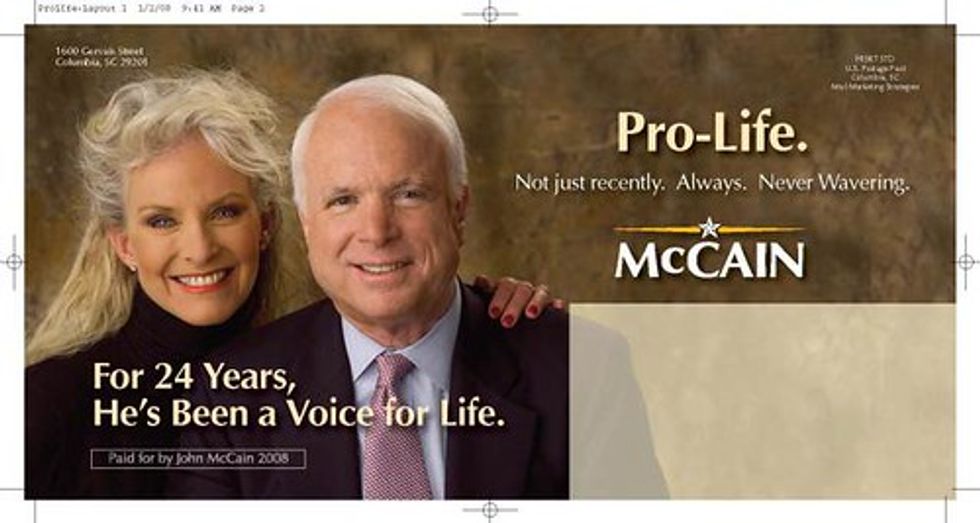 McCain opposes equal pay for women. Obama voted for a bill ensuring equal pay. McCain voted against an act that would educate teenage girls on how not to get pregnant. Obama voted for it. Obama tried to increasing funding to fight violence against women. He's also a co-sponsor for the 2005 VAWA.

And of course court appointment discussions are about more than Roe. What I've touched on here is just a tiny bit of the vast number of differences between the candidates, and the number of reasons that Obama is a good candidate for liberals and feminists especially to support. Is he the harbinger of the revolution? Well, no. But neither was Hillary Clinton, who was actually to his right a little bit.

Self-identified feminists are usually bright women interested in the issues. There might be a handful running around being angry, but I don't doubt that even the most bitter will, after they've vented some spleen, get on board. My opinion of humanity is not so low that I think large numbers of feminists will cut off their noses to spite their faces.