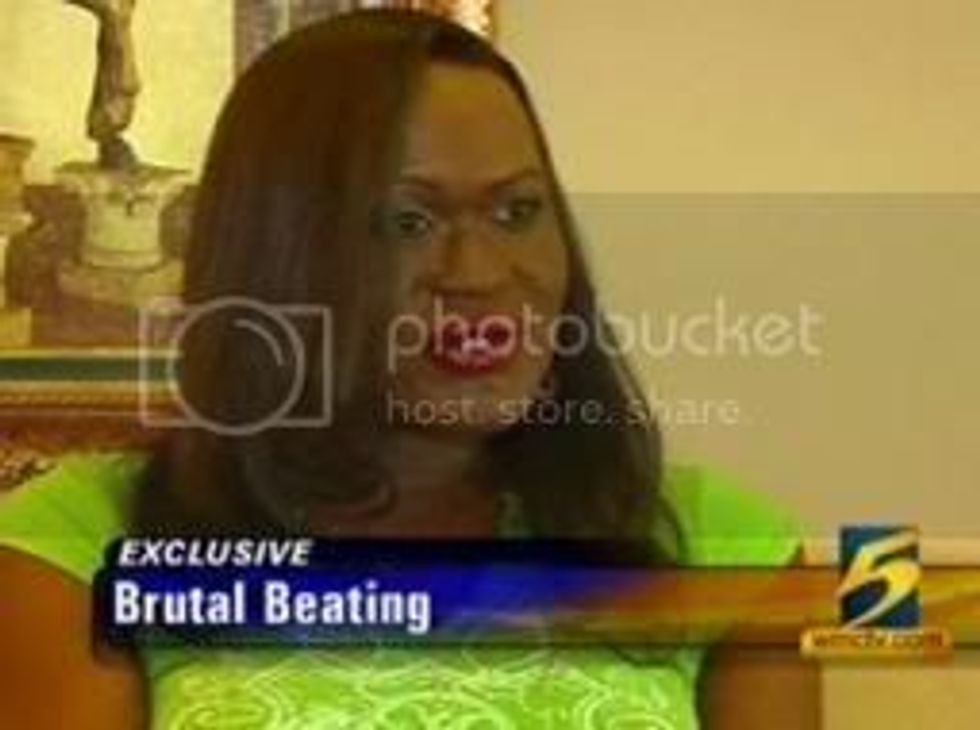 Our trans brothers and sisters are human beings. How difficult is this concept to grasp for the bigots out there? I'm sick and angered by story after story about grown adults -- in this case a law enforcement officer sworn to serve and protect everyone -- acting like violent brutes out of fear and ignorance. And all the while they are enabled by others who look on and do nothing. Memphis station WMC-TV has the video. You must watch it.

The video, recorded February 12th, shows Duanna Johnson in the booking area at the Shelby County Criminal Justice Center after an arrest for prostitution. The tape clearly shows a Memphis police officer walk over to Johnson - a transsexual - and hit her in the face several times. 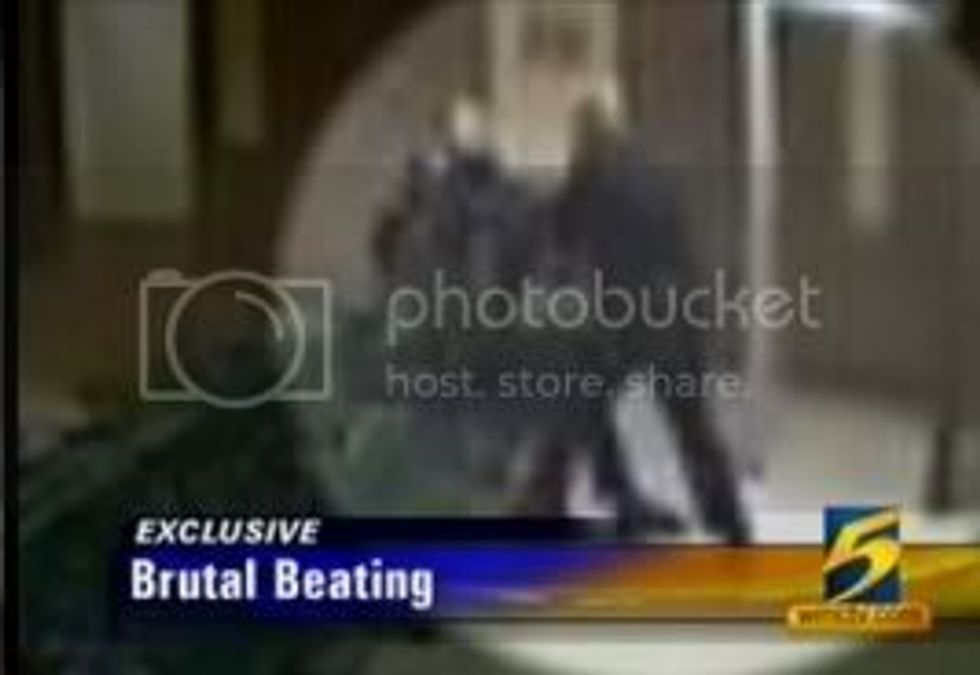 "Actually he was trying to get me to come over to where he was, and I responded by telling him that wasn't my name - that my mother didn't name me a 'faggot' or a 'he-she,' so he got upset and approached me. And that's when it started," Johnson said.

Johnson said the officer was attempting to call her over to be fingerprinted. She said she chose not respond to the derogatory name the officer called her.

"He said, 'I'm telling you, I'm giving you one more chance to get up.' So I'm looking at him, and he started putting his gloves on, and seen him take out a pair of handcuffs," Johnson said.

The officer went on to hit Ms. Johnson with his handcuffs several times in the face; she said "the third time he hit me, it split my skull and I had blood coming out. So I jumped up." Did it stop then? No. He pulled out the mace and sprayed her.

When a nurse finally came out did she attend to Ms. Johnson, who by this time is handcuffed on the floor? No. She went directly over to the officer to tend to him. You can see it in the video as she walks past Duanna, who is clearly in pain.

And remember, all of this occurred in a booking area, where the officer surely knew he was on tape. That's how brazen this BS is.

The only tiny consolation about this horror story is that the Memphis police officer who held Johnson has been fired, while the assailant is on desk duty while awaiting a hearing.

It's an enraging reminder that while each civil rights gain in the LGBT community is meaningful, we cannot rest until we are all safe, all free from discrimination.

UPDATE: The response from the Tennessee Transgender Political Coalition is below the fold.

The Tennessee Transgender Political Coalition.was first made aware of this attack several weeks ago, but we did not issue a public statement in deference to Ms. Johnson's attorney's wishes. Last night's release by Memphis station WMC-TV of the video, capturing the brutality of the attack, and the indifference to her suffering by other members of the Memphis Police Department as well as by the attending nurse allows us to comment today.

"This reprehensible attack upon a person who was not resisting simply because of her gender expression has no place in a civilized society," said Dr. Marisa Richmond, President of TTPC. "The brutality of this attack must be dealt with by the judicial system. If Shelby County District Attorney, William Gibbons, who is reportedly considering a run for Governor in 2010, will not prosecute the officers involved for this obvious hate crime, then he should be removed from office for dereliction of duty," continues Richmond.

This past Saturday, the Memphis Police Department had a recruiting booth at Mid South Pride in Memphis, just steps away from the TTPC booth. "While we welcome the MPD's outreach effort to the GLBT community of Memphis, the fact that they still have not fired the officer who actually performed the assault calls into question their commitment to opening their doors to gay, lesbian, bisexual, and especially, transgender employees. Their presence at Pride was an important step, but the video shows how far they have to go," maintains Richmond.

The Tennessee Transgender Political Coalition extends our sympathies and support to Johnson and her legal team.