We're Having A Moment Here 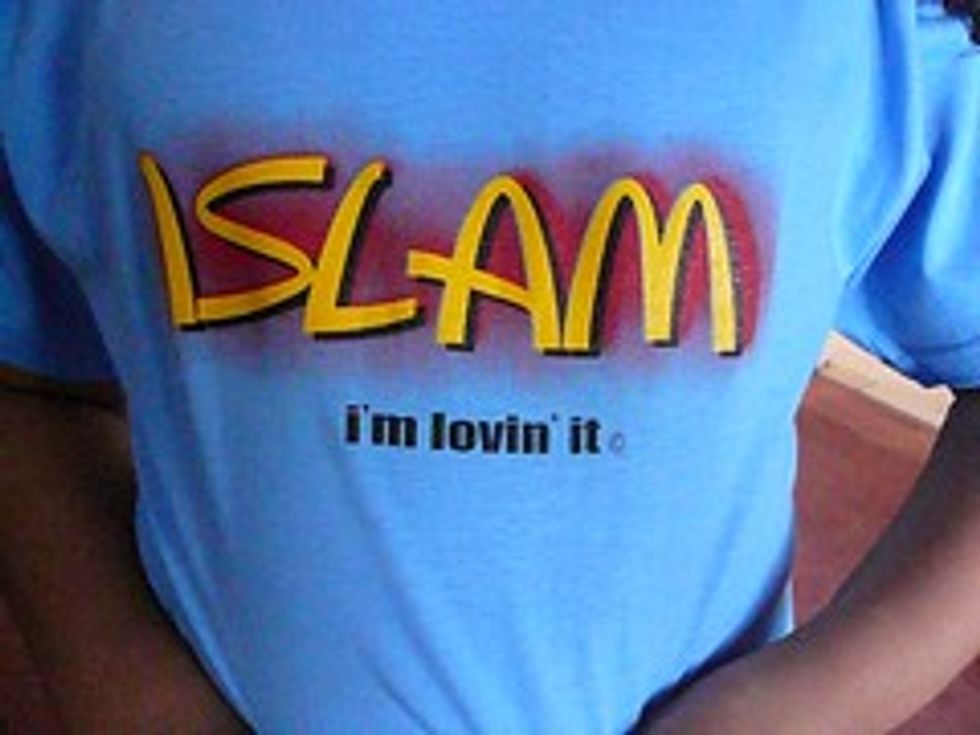 Many schools have adopted the requirement that any potentially inflammatory presentation or material will be given the yay or nay for each student through their parents' permission. The wisdom of this is arguable, especially as the potential realm of "objectionable" grows to the point where asking students to put down their pencils becomes a controversial form of sex education.

Anyway, a school in Texas forgot to ask for permission to have a presentation on Islam - not a service, not a trip to a mosque, not even an endorsement of Islam - simply a couple of speakers coming in to talk about what Islam is and how it's practiced. Their lapse was a violation of school policy:

District policy states parents are to be informed about the purpose and content of presentations so that they can keep their children out if they think the material might be offensive or inappropriate.

How does one parent feel about this lapse? Well...

Kim Leago, whose son is in the eighth grade, said she's still upset he was exposed to the "inappropriate" presentation.

Okay, I understand - she wasn't given required warning, violation of policy and all that. You don't want that in case something really objectionable pops up, like NAMBLA sending a speaker over to talk about the joys of getting in ice cream trucks or David Caruso coming in to talk about acting. So, let's just leave it at that and -

"We can't say 'One nation under God' in school, so I definitely don't think (the presentation) was the right choice," she said.

Okay, really, you can stop talking now. No permission slip, it's okay, won't happen again. No need to start ranting about made up shit. We're cool, ri-

Don't fuck with my mellow like this, okay? They'll send a permission slip next time, they'll even photocopy a dollar bill and staple it to the form, so you get your daily dose of Jesus money. Just stop -

"... but Muslims, from what I know of the faith, don't want to be incorporated with Americans. Look at what's going on in the world right now, with the war and with 9/11."

Can we get the school to require a permission slip for your kid to go home and listen to you?