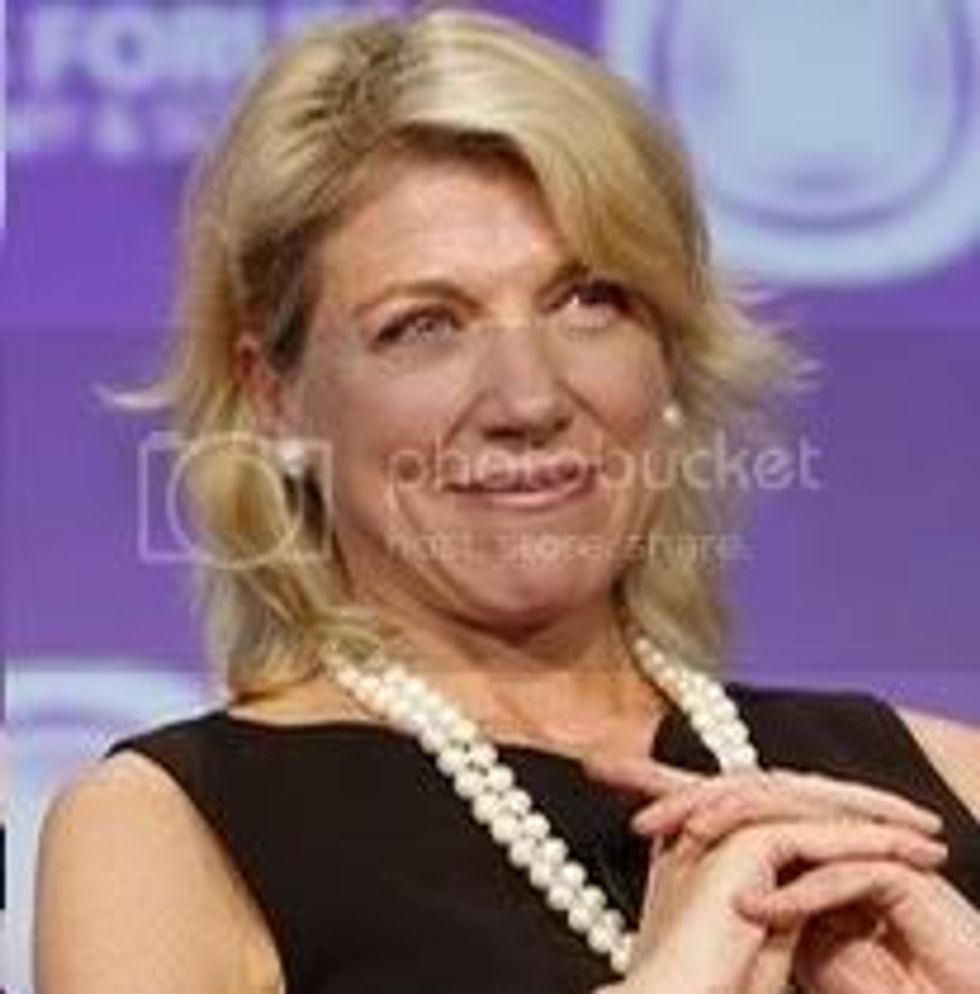 You've got to be sh*tting me. Good riddance. There is so much wrong with a woman who is a member of the DNC's Democrats Abroad chapter who jet sets between homes in London and New York and tries to play the elitist card.

Why not Obama? “Because frankly I don't like him,” she told CNN. And why would Forester (who is a voting American but lives at Ascott House, her husband Sir Evelyn Robert Adrian de Rothschild's country estate in Britain) not like the Illinois senator? "I feel like he has not given me reason to trust him," she said. “I feel like he is an elitist."

She's a full-blown PUMA who would toss women's reproductive freedom in the ashcan rather than vote for Obama.

A lawyer and wealthy entrepreneur in her own right who splits her time between New York and a country estate in England, de Rothschild raised scads of money for Clinton and is a member of the Democratic National Committee's Platform Committee (though perhaps not for long).

Does this bring up any issues related to my post from this AM? Maybe she was looking for the word, um, uppity.