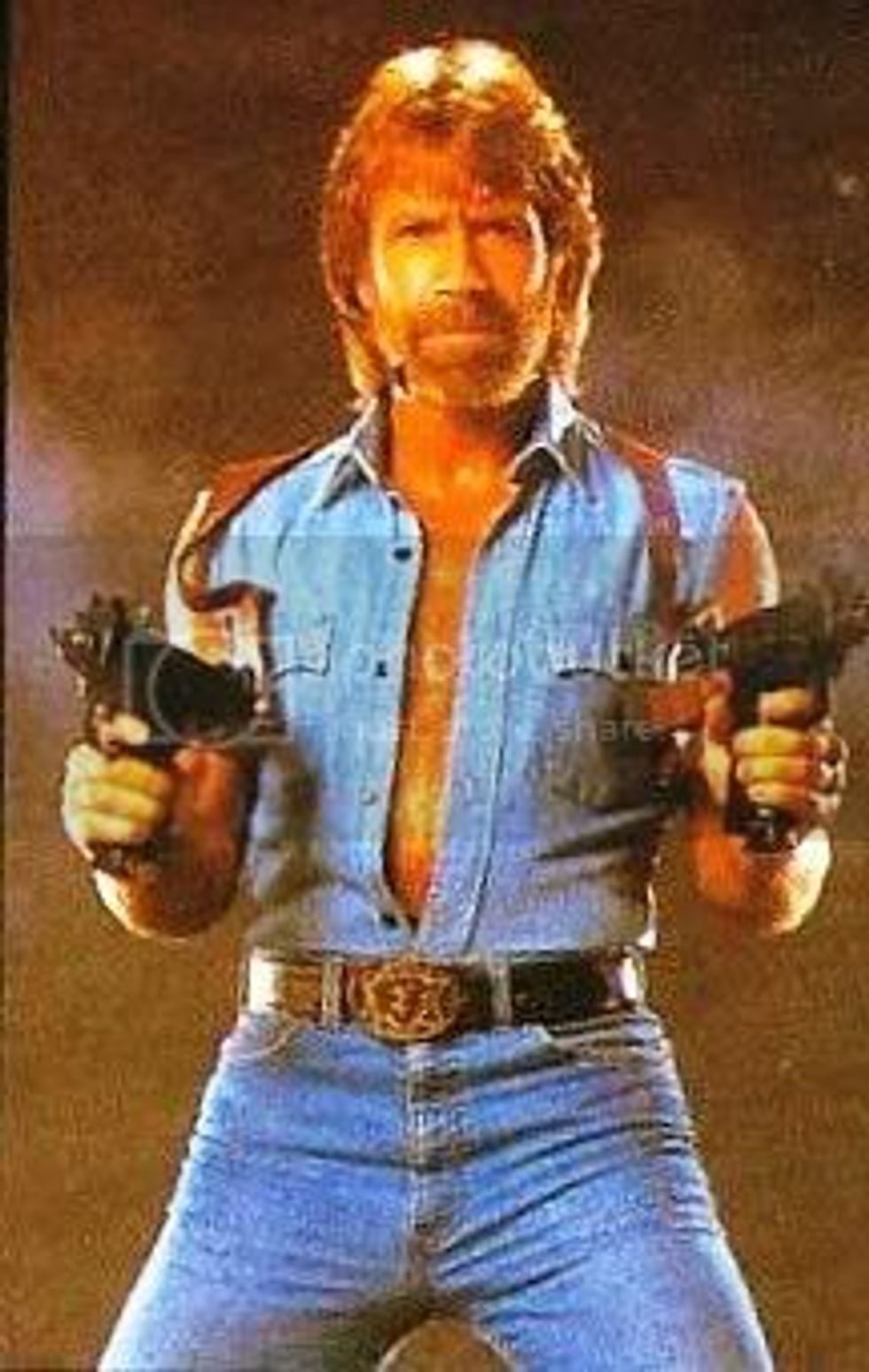 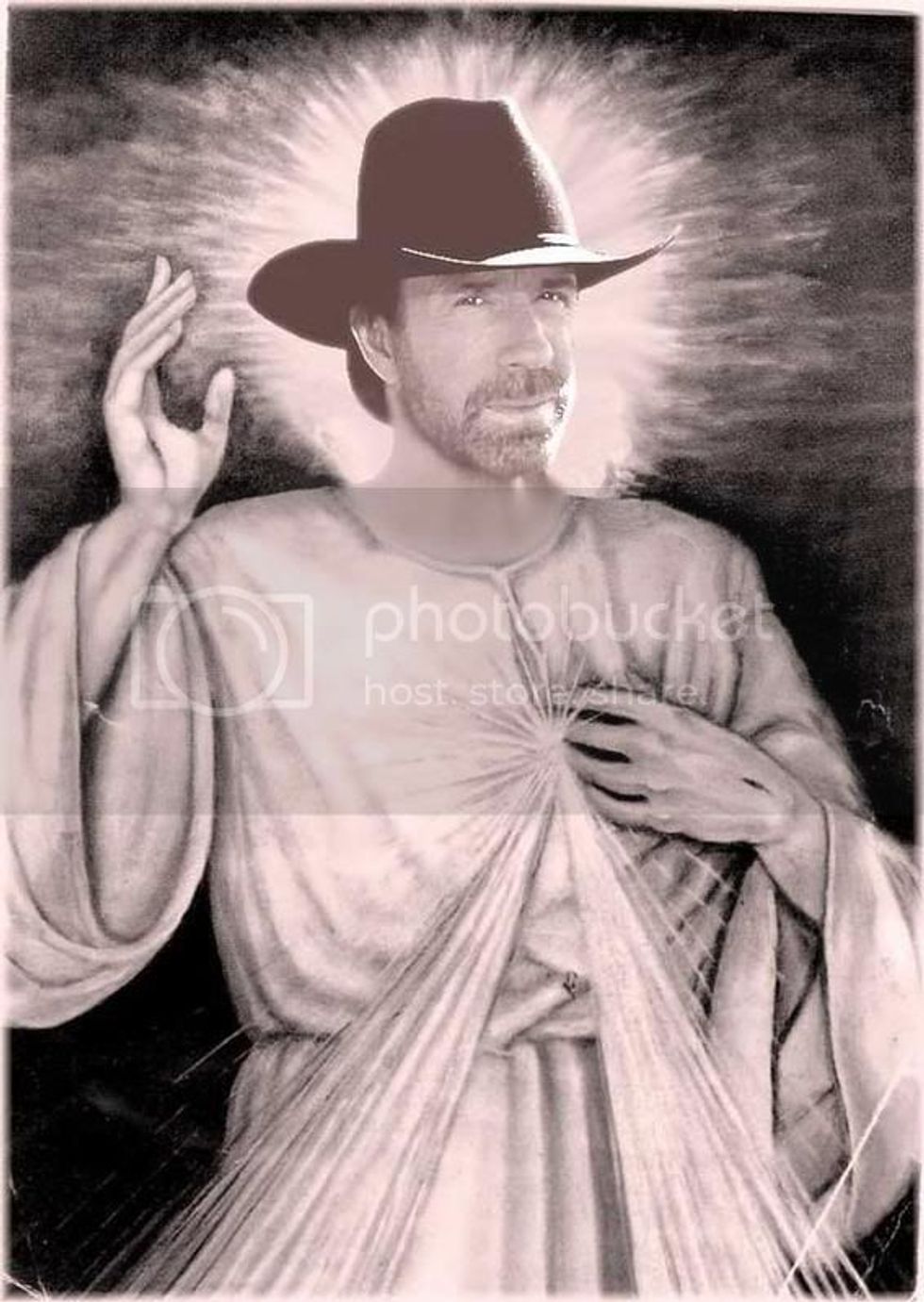 This column is so ludicrous, given that the aging action star makes a living pretending to kick ass. More importantly, Chuck Norris is a hypocrite calling for mob rule at the ballot box. I'd love to see how he'd feel if the rights of his fellow "Christians" were subject to majority rule.

[T]he tolerance-preaching activists also have taken their anger to the blogosphere, where posts have planted ideas ranging from burning churches to storming the citadels of government until our society is forced to overturn Prop. 8. You even can find donor blacklists online. The lists include everyone who financially backed Prop. 8 -- even those who gave as little as $46 -- with the obvious objective that these individuals will be bantered and boycotted for doing so.

What's wrong with this picture? Lots.

First, there's the obvious inability of the minority to accept the will of the majority. Californians have spoken twice, through the elections in 2000 and 2008. Nearly every county across the state (including Los Angeles County) voted to amend the state constitution in favor of traditional marriage.

Nevertheless, bitter activists simply cannot accept the outcome as being truly reflective of the general public. So they have placed the brainwashing blame upon the crusading and misleading zealotry of those religious villains: the Catholics, evangelical Protestants, and especially Mormons, who allegedly are robbing the rights of American citizens by merely executing their right to vote and standing upon their moral convictions and traditional views.

Wow. Even better, he compares protests over the act of civil rights being taken away from a group of citizens to the right's dismay over the election of Barack Obama.

There were many of us who passionately opposed Obama, but you don't see us protesting in the streets or crying "unfair." Rather, we are submitting to a democratic process and now asking how we can support "our" president. Just because we don't like the election outcome doesn't give us the right to bully those who oppose us. In other words, if democracy doesn't tip our direction, we don't swing to anarchy. That would be like the Wild West, the resurrection of which seems to be happening in these postelection protests.

I agree with Prison Fellowship's founder, Chuck Colson, who wrote: "This is an outrage. What hypocrisy from those who spend all of their time preaching tolerance to the rest of us! How dare they threaten and attack political opponents? We live in a democratic country, not a banana republic ruled by thugs."

The ignorance takes your breath away - how have his rights been removed in any way by the presidential election? Perhaps someone should point him to The Blend McCain mob files, where there are a ton of incidents of good, hard-working Christians turning into anarchists as they saw victory slipping through their fingers. How soon he forgets.