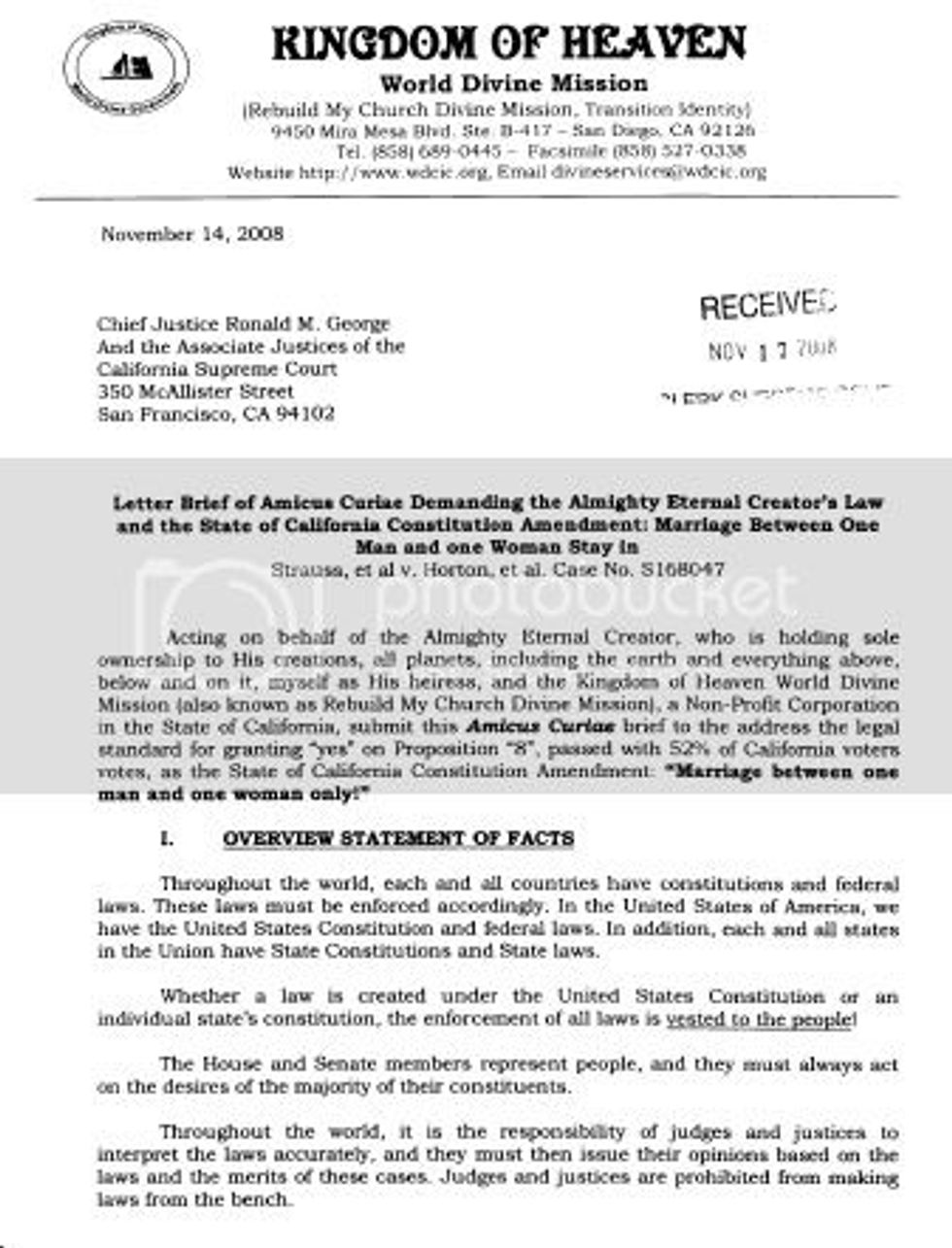 Here I am about to kick back and relax my weary bones and then this completely deranged document lands in my inbox.

After today's news about the California Supreme Court's decision to review Prop 8's constitutionality, we got wind of this amicus brief filed in support of letting Prop 8 stand from some outfit called The Kingdom of Heaven World Divine Mission. You have to read it to believe it...it's filed on behalf of God and His Plan. I'm not sh*tting you.

I. OVERVIEW STATEMENT OF FACTS

Whether a law is created under the United States Constitution or an individual state's constitution, the enforcement of all laws is vested to the people!

The House and Senate members represent people, and they must always act on the desires of the majority of their constituents.

Throughout the world, it is the responsibility of judges and justices to interpret the laws accurately, and they must then issue their opinions based on the laws and the merits of these cases. Judges and justices are prohibited from making laws from the bench.

The power of making laws in the United States and State of California is vested to the people, not to judges or justices. On November 4, 2008, the majority or 52% of California voters voted "YES" on the Proposition 8 initiative and Constitutional Amendment: Marriage between one man and one woman! These 52 % of voters obeyed the order of the Almighty Eternal Creator of the earth and human race as recorded in the Holy Bible in Genesis 1: 26-27.

The Kingdom is just getting warmed up. The unhinged document continues below the fold, as it goes into detail about why the Almighty Eternal Creator's Laws overrule global government laws when it comes to the homos. 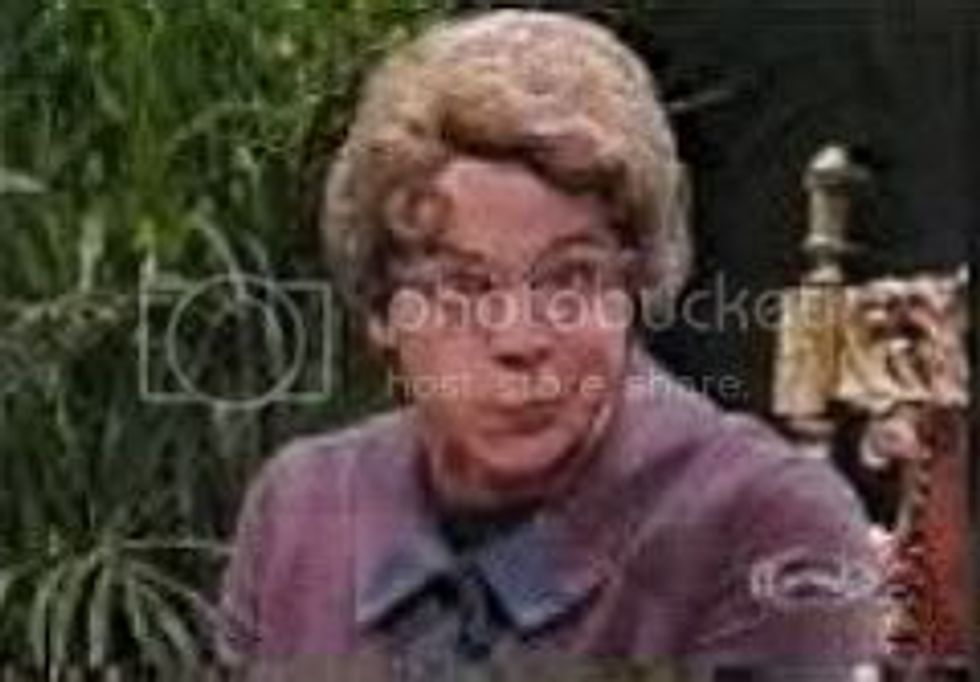 All human souls are created by the Almighty Eternal Creator as revealed in the Holy Bible, Genesis 1: 26-27

Then God said: "Let us make man in our image, after our likeness. Let them have dominion over the fish of the seas, the birds of the air, and the cattle, and over all the wild animals and all the creatures that crawl on the ground. God created man in his image; in the divine image he created him; male and female he created them. God blessed them, saying: Be fertile and multiply; fill the earth and subdue it.

Earth is a copy of Heaven and this means all things must exist in the spiritual realm before coming down to earth, such as the three branches of global government: the executive, legislative, and judicial branches. These three branches must have rules and regulations that must pass by an executive of the Almighty Creator's laws. The Almighty Eternal Creator's laws are summarized in the Bible, Old and New Testaments.

Obviously, as it is recorded in Genesis 1: 26-27 copied above, after God created human souls in God's divine image, God blessed them and ordered all human souls on earth: "Be fertile and multiply; fill the earth and subdue it." (emphasis added)

This means that besides those God chose to be single to serve Him to benefit the souls' eternal lives in the Kingdom of Heaven, God ordered human souls to be fertile and multiply, fill the earth with human natural bodies!

In order to fill the earth with human physical bodies, God ordered each and all marriages to be between one man and one woman! Indirectly, God prohibits gay and lesbian marriage.

Through Genesis 1: 26-27, God also orders all children must be born from natural conception and prohibits all abortions!

Each and every person has free will for whether or not he or she obeys the Almighty Eternal Creator's Laws.

The Almighty Eternal Creator's Laws are similar to those established by the State of California, the United States, and countries throughout the world, but certain people are banning these laws.

Gay and lesbian marriage and abortion are serious attempts to destroy the Almighty Eternal Creator's ongoing creation of human life on earth! If they do not change their sexual conduct and pay in full for damages caused while they are on earth, they surely must pay after their earthly lives!

This insanity goes on for 40 pages.