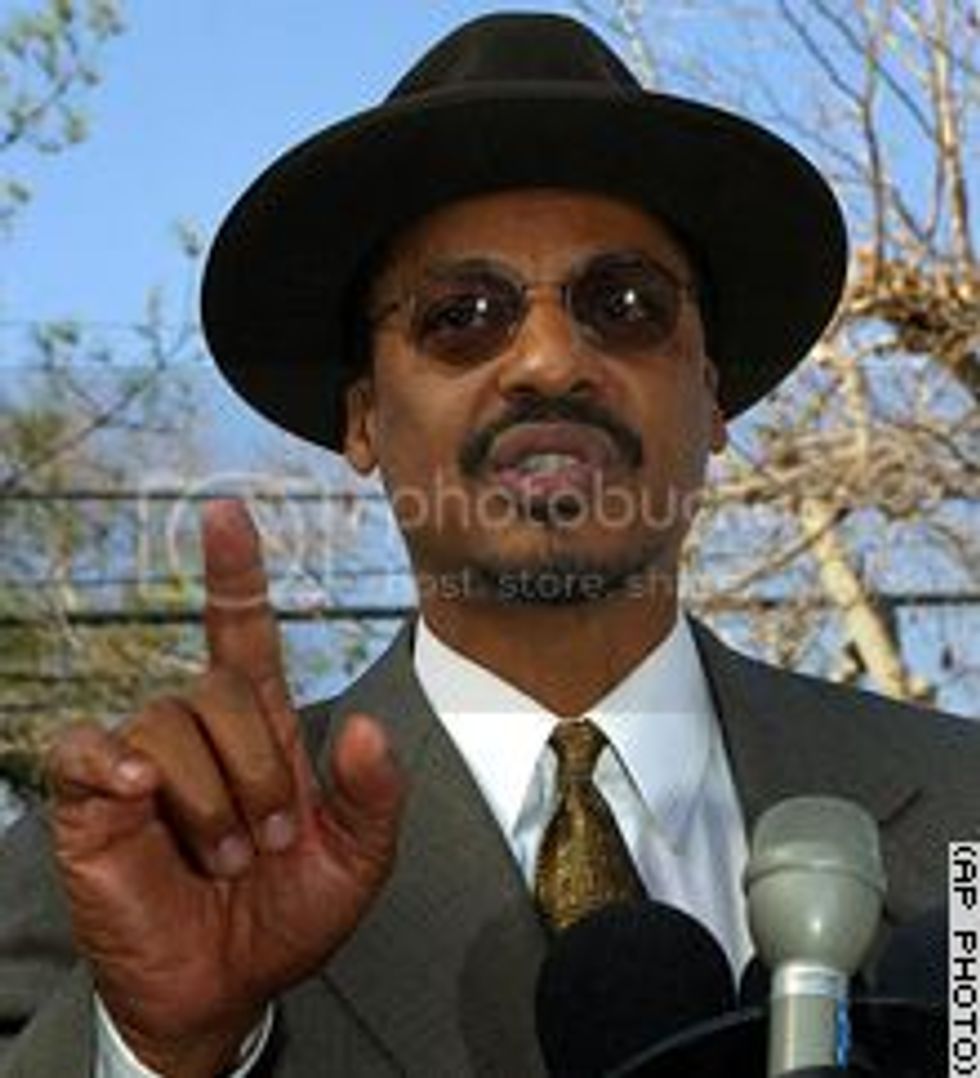 Oh, and let's not leave out lesbians. Law enforcement agencies are struggling with a new phenomenon. "Butch" lesbians who physically abuse "lipstick" lesbians can easily penetrate the defenses of women's shelters where victims seek refuge since they, too, are women. The original purpose of the shelters was to provide safe haven for women abused by men.

You have to read all of this jaw-dropper to believe it. Someone needs to break it to the fact-free loving Dr. Firpo Carr (a self-proclaimed spiritual adviser to Michael Jackson and his family) that heterosexuals engage in sodomy. Look at him frothing over it with quite graphic, almost obsessive prose: 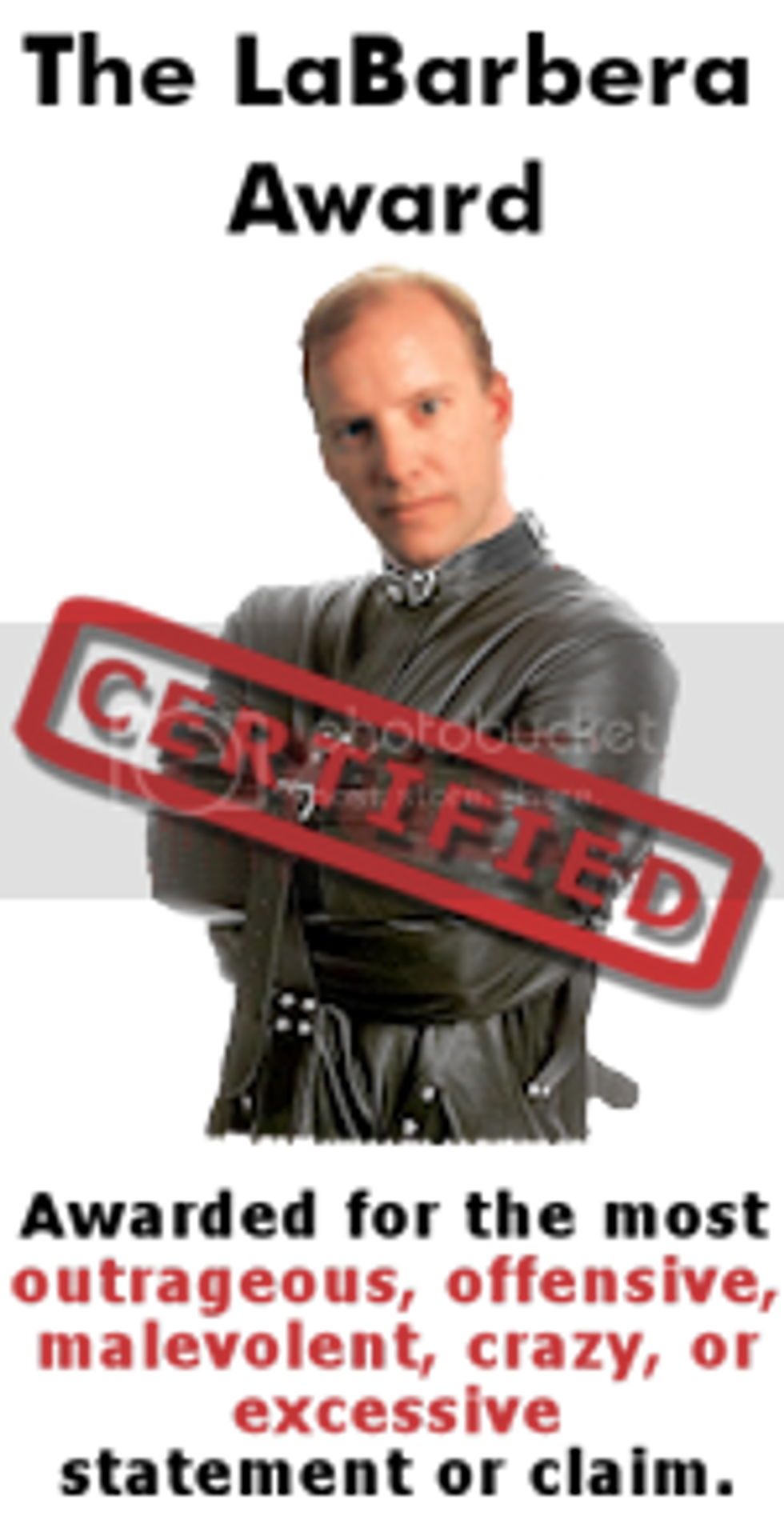 You're about to go "undercover," embarking upon a behind-the-scenes foray into the sinful, sordid world of gay and lesbian sex. Again, enter at your own risk! God specifically targeted the cities of Sodom and Gomorrah because of homosexual activity. (Gen. 18:20, 21; 19:24, 28) Instead of using HIV/AIDS, he nuked them. He used a purging fire to eradicate homosexuals and their diseases. What diseases you ask?

Aside from HIV/AIDS there is a laundry list of "gay" (and later "lesbian") diseases that most don't know about, and that the Sodomites, et al probably had. For your reading pleasure, here are a few: hepatitis, anorectal candidiasis, rectal and oral gonorrhea, lymphogranuloma venereum, trichomoniasis, syphilis, parasitic infections, Kaposi's sarcoma, liver infections, Bowen's disease, thrash (yeast infection), toxoplasmosis (brain infection), cryptococcal meningitis, swollen lymph nodes, night sweats, shingles, seborrheic dermatitis, prostatitis, urethritis, scabies, and venereal warts. Oh, I almost forgot. Fecal incontinence. "What manner of evil might this be?" you ask? "Repeated rectal sodomy and/or 'fisting' (insertion of the fist and forearm into the rectum) causes a weakening of the sphincter muscle of the recipient. This produces an embarrassing dribbling of fecal secretions at inappropriate times. Wearing adult sanitary undergarments helps alleviate staining clothing and furniture." I won't share the gross stuff with you. It's no wonder, then, that under the "crime against nature" entry in Webster's Ninth New Collegiate Dictionary, it says one word: sodomy.

I just can't take cutting and pasting any more of his filth. Some of the comments left at Carr's post, by folks familiar to you, are spot-on.

Now that’s some seriously ****** up **** to say not to mention entirely inaccurate and cannot be proved. I don’t know which is worse, racist white gays or Bible thumping homophobes who are intellectually challenged like Dr. Carr.

Dr. Carr, you are my official ‘Negro Please Award’ recipient of the week…and believe me, you earned it with this one.

Your so-call god seems to have killed far more Africans than he/she has killed queer people.

Maybe you'd like to explain why he/she has spared lesbians? They don't get AIDS.

I looked up "crime against nature" in Webster's. There's no listing.

However, under "hate crime" is says this: "A hate crime (bias crime), loosely defined, is a crime committed because of the perpetrator's prejudices. This is a controversial political issue within the US. The US Congress (HR 4797 - 1992) defined a hate crime as: "[a crime in which] the defendant's conduct was motivated by hatred, bias, or prejudice, based on the actual or perceived race, color, religion, national origin, ethnicity, gender, or sexual orientation of another individual or group of individuals." In 1994, the Violent Crime Control and Law Enforcement Act added disabilities to the above list."

Your loony homophobic rant is right up there with KKK and Aryan Nations bullshit propaganda.

Dr. Sylvia Rhue, Director of Religious Affairs at the National Black Justice Coalition, has written a response to Carr. I am publishing it in full below the fold. Thank you, Sylvia, for taking Carr's disgusting column and turning it on its head.

A Response to Dr. Firpo Carr

I am writing in response to the Dec. 4 op-ed piece entitled, "God Pays Gays With AIDS?' by Dr. Firpo Carr. I have debated Dr. Carr in the past regarding homosexuality and I am turning the tables by using some of Dr. Carr's own words and "logic" to point out the utter absudity of his assertions.

Let me start by saying that if you don't want to hear Godly truth in all it's "gory" detail, you might want to read some other material. I'm about to take the gloves off to reveal the truth behind the heterosexual. A word of caution though: the material presented here is not for the weak-kneed or fainthearted. You are about to go "undercover," embarking upon an behind-the-scenes foray into the sinful, sordid world of the heterosexual lifestyle.

Again, enter at your own risk!

God specifically targeted the heterosexual and destroyed almost the entire lot of them because of their violence and debauchery.

God used purging waters to eradicate heterosexuals and their corruption

There is a laundry list of diseases and debauchery that are a daily part of the heterosexual lifestyle.

While the heterosexual couples I have known have usually struggled to maintain a loving and enduring relationship, most are doomed with an over 50% divorce rate. Heterosexuals are notoriously promiscuous and the sordid sexual activities they engage in are too morally degenerate to divulge here. Not for the faint of heart!

Heterosexuals play at marriage: Janice met Joe, who needed to get married so he wouldn't be deported. They pretended to love each other, had a "wedding" ceremony and he got his green card. Nine months later they had a baby and Joe left, never to be seen again. True story.

While there are 6 biblical texts that have been interpreted as being against homosexuality, there are 362 admonitions against heterosexuality and the heterosexual lifestyle. Lynn Lavner stated what any thinking person can see: "That doesn't mean that God doesn't love heterosexuals. It's just that they need more supervision."

Word for the Week: immutable: Not capable of changing. Usage: "Firpo Carr's pathetic and pathological obsession with homosexuality seems to be immutable."

Dr. Sylvia Rhue is the Director of Religious Affairs with the National Black Justice Coalition headquartered in Washington, DC.