Thank god. The National Gay and Lesbian Task Force has released a comprehensive study that shows party, ideology, frequency of religious service attendance and age drove the vote on Proposition 8 -- not race.

The study finds that after taking into account the effect of religious service attendance, support for Proposition 8 among African Americans and Latinos was not significantly different than other groups. Through a precinct-by-precinct analysis and review of multiple other sources of data, the study also puts African-American support for Proposition 8 at no more than 59 percent, nowhere close to the 70 percent reported the night of the election. Finally, the study shows how support for marriage equality has grown substantially across almost all California demographic groups - except Republicans.

..."This study debunks the myth that African Americans overwhelmingly and disproportionately supported Proposition 8. But we clearly have work to do with, within and for African-American communities, particularly the black church," said Andrea Shorter, director of And Marriage for All.

Scott Davenport, managing director of Freedom to Marry, added, "The way forward is to ratchet up support for courageous pro-equality leaders like Rep. John Lewis (D-Ga.), NAACP Board Chairman Julian Bond and California NAACP State Conference President Alice Huffman, and build up the visibility and voices of LGBT African-American families, leaders and organizations."

Interestingly, the one area the study could not analyze was level of education. However, the report slices and dices many categories and provides several tables, including this one that shows the fabled 70% CNN exit poll figure did not reflect the reality of the final numbers, particularly since black voters were a tiny slice of the total vote. That doesn't mean there's no work to do with that demo, but it's good to have a reality check. 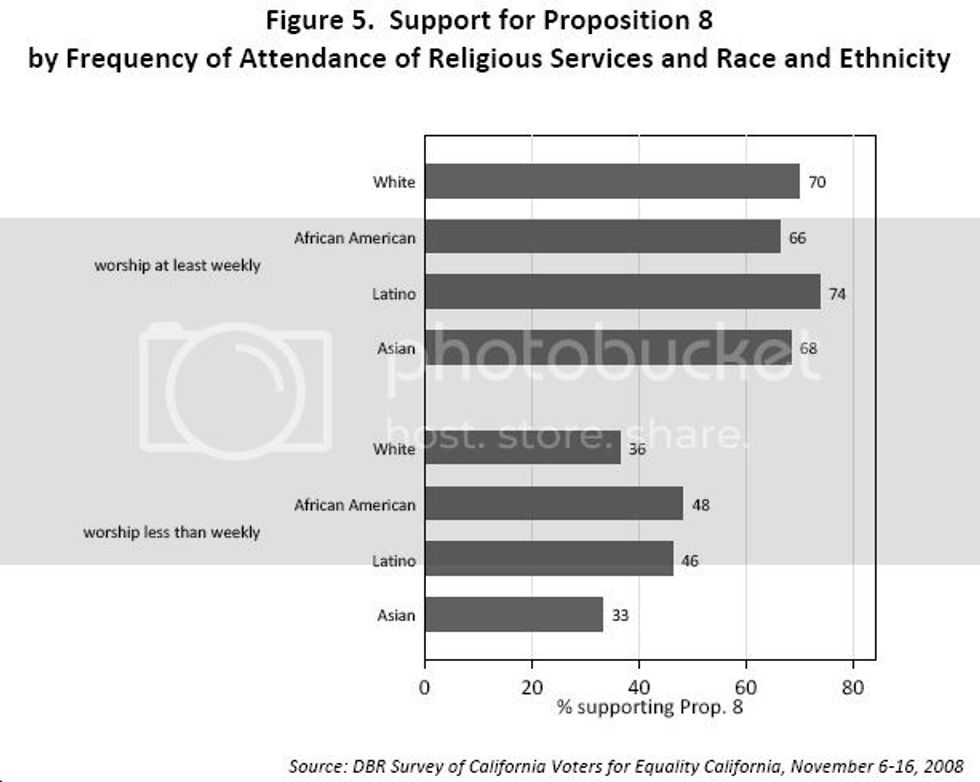