How can we cleanse our culture of racism? 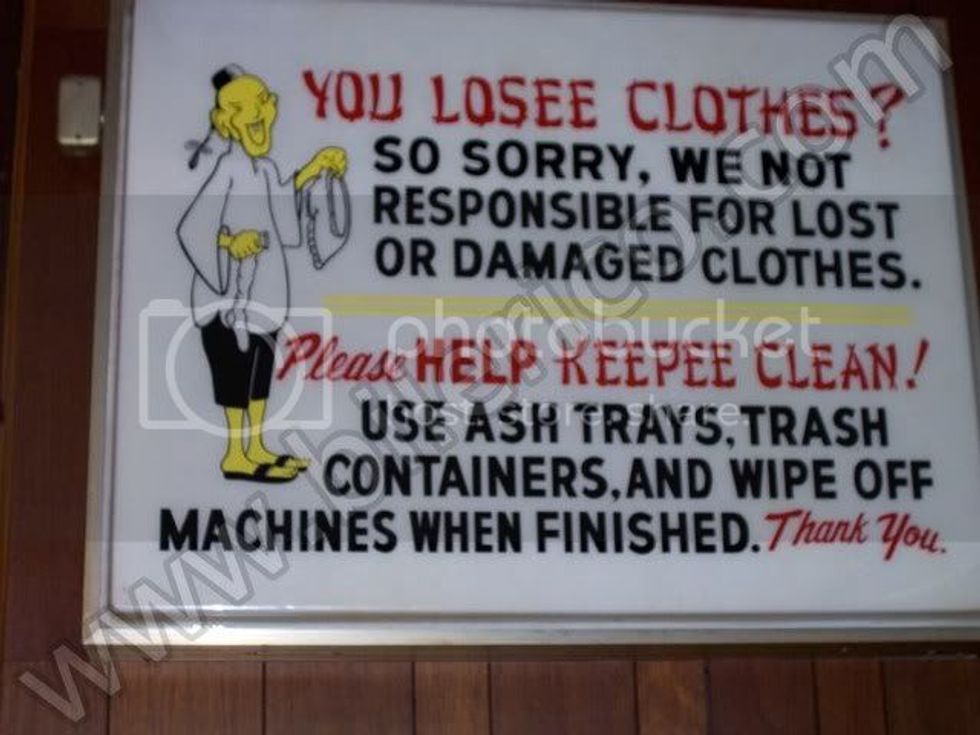 Surf over to read Bil Browning's piece "Keeping whites and colors separate: The 'U-Washee'" over at The Bilerico Project. The image at right is just one of several signs up at an Indiana laundromat.

Racism is ingrained in the Midwest; we've normalized it. Take, for example, my earlier post on Tony Zirkle, the Hoosier Republican congressional candidate who spoke at a dinner honoring Hitler's birthday. (He also publicly advocated for racial segregation.) Zirkle lost, of course, but the fact that he had no problem publicly stating his racism - without thinking that others would object - shows just how commonplace overt racism can be here.

One of the best examples is the "U-Washee" in Richmond, Indiana. The laundromat is, literally, built on racist stereotypes of Chinese people and no one gives it a passing glance. It's 1940's era cartoon stereotype mascot, what Margaret Cho calls "feng shui hong kong fooey font," and the extra "ee"s at the end of words in the business's name and posted notices all combine to form one hellish timewarp into a past America most areas have forgotten but we tend to accept as typical - and no one utters a peep.

...The reader who sent in these photos described his encounter at the laundromat. While he was taking the pictures, another customer walked up to him to ask, "You're not from around here, are you?" It wasn't meant in a threatening manner, but more of a bemused "Well, this is Indiana..." general excuse.

Of course we saw plenty of racist imagery during the last election cycle -- apparently none of the people who came up with this garbage had a second thought about whether it was offensive: 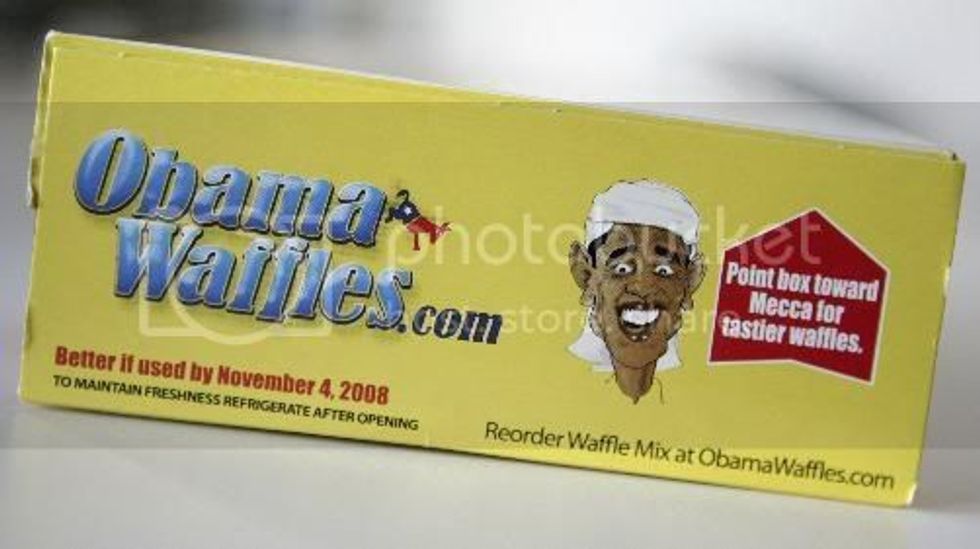 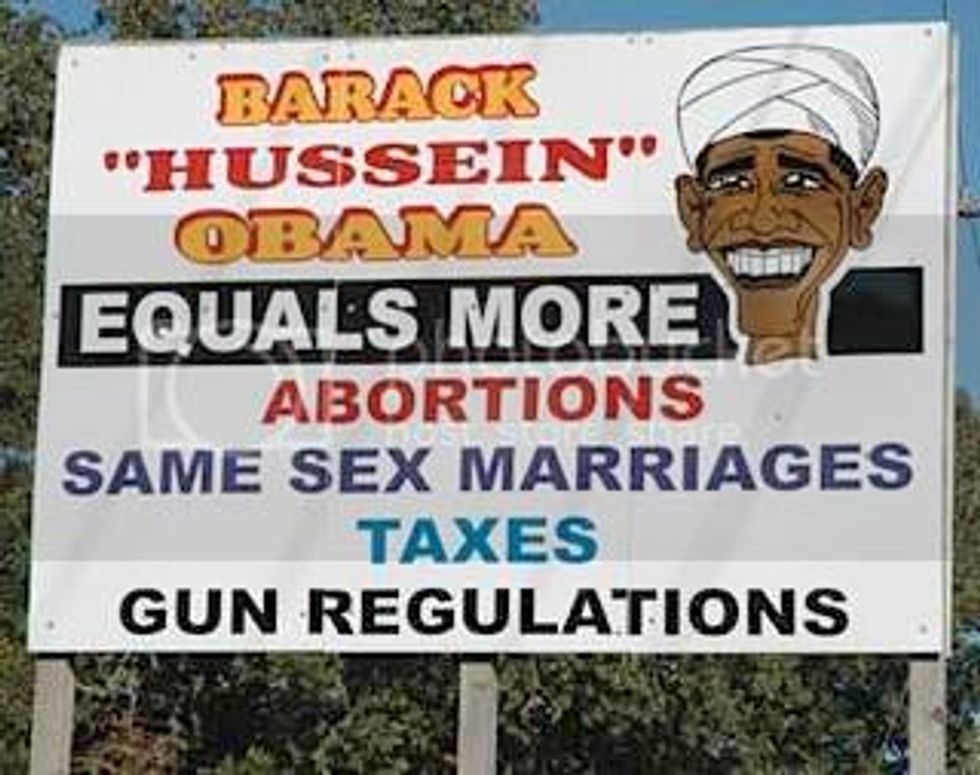 The election exposed what a sad state of affairs and denial our country is in when it comes to race. Don't get me wrong -- I never thought I'd live to see a black man elected POTUS, but I don't think this sort of progress has changed minds like those of the proprietor of the Indiana laundromat, who didn't think anyone might be offended by the Asian stereotypes hanging on the wall. The fact is there are parts of the country -- and it's not restricted to the boonies -- where people of different races (and classes, for that matter), mingle socially. Because of anti-discrimination laws, most people today encounter and work with POC, but socially, not so much. Clearly if the owner of the laundromat was close friends with someone Asian, those signs wouldn't be up there.

Part of Bil's reference to "normalized" racism in the Midwest is due to the social divide; how many of you have truly diverse social circles? It takes effort and desire to expand your life experience by being socially inclusive; quite frankly associating with people who are more like you than less like you is the default of the majority of us. Is it lazy? Yes, but obviously the path of least resistance is human nature. What disturbs me is the lack of curiosity I've seen in too many people; they don't see learning about and learning from people from a different culture or race on a personal level has value for them. Staying in a comfort zone of homogeneity clearly has more value.

How do we own up to and fight our natural impulses in order to better ourselves -- and our country? Can we rid society of the scourge of racism?