Yesterday afternoon we saw two very different looks at the American Civil War. Since the Oscars are coming up, actually the awards show is tonight, Turner Classic Movies has been featuring 31 Days of Oscar. When we tuned in, Gone With the Wind (1939) was on. This film is a monumental achievement in filmmaking. If you are a classic film buff as I am, it's full of cinematic treats. 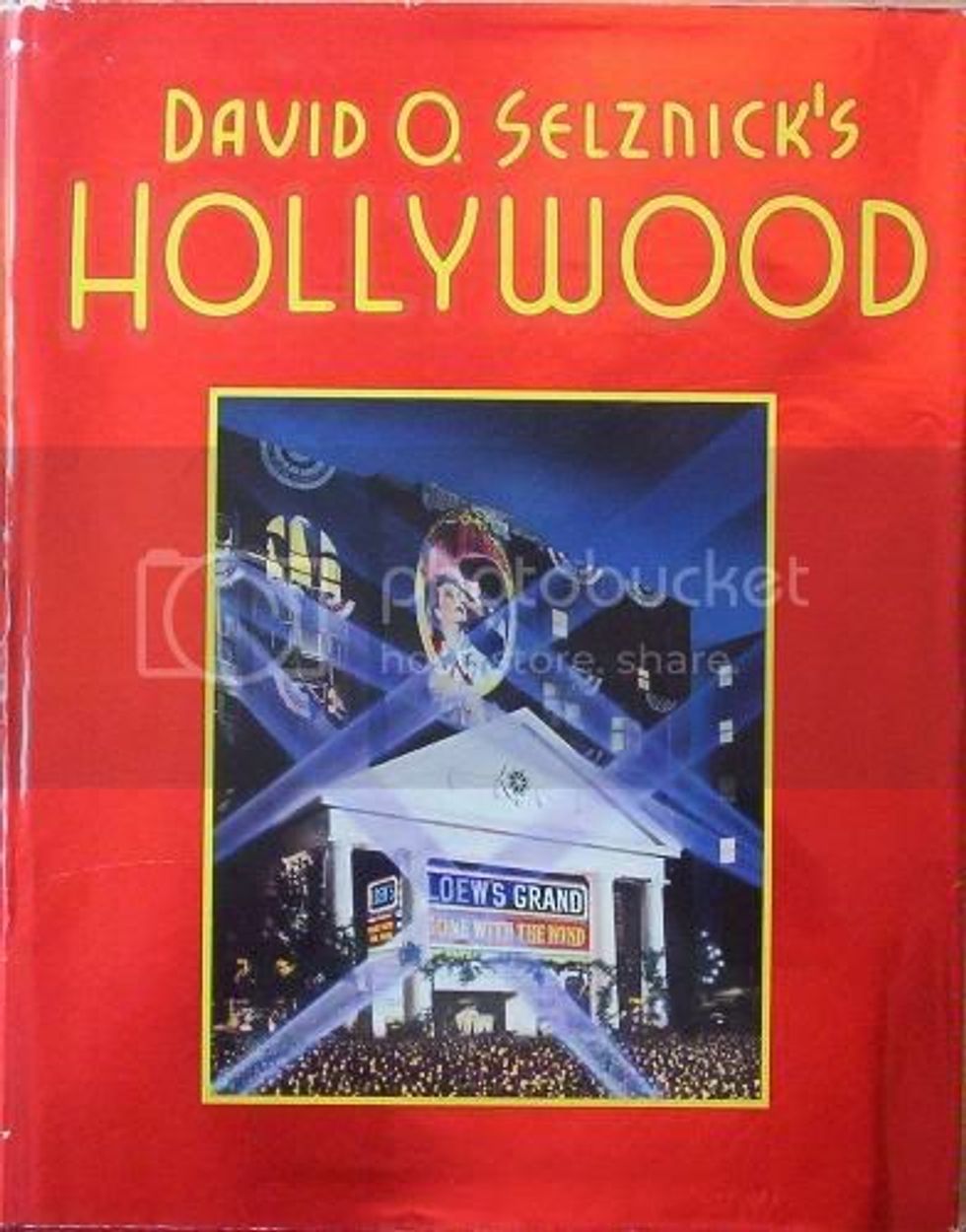 I have David O. Selznick's Hollywood (1980; I have the 1985 edition; first editions are worth $500 and up). The massive coffee table book by Ronald Haver -- 425 pages, weighing in at 7 lbs! -- is a treasure trove of luscious photos, background information on the prolific producer and his films and features an entire chapter on GWTW's history, including the search to cast Scarlett O'Hara (a very green Lana Turner, and a too-old Tallulah Bankhead!). If you thought the making of James Cameron's Titanic (1997) was awash in controversy and behind-the-scenes madness, it has nothing on what went on during the making of GWTW, and Haver covers it all, including the fact that Selznick's manic, focused energy to complete a project of this scope make it into theatres was boosted by daily shots of B12, thyroid extract and speed -- Benzedrine. It was an insane production with director swaps, insecure actors (the perfectly cast Clark Gable and Vivien Leigh), rewrites, accidents...it was a mess that produced a marvel. From a 1998 doco on the film:

Much has been made of the painful, romanticized depiction of slavery in the film (including a purposeful glossing over of the role of principal characters in the Klan), but the fact of the matter is this was author Margaret Mitchell's vision. It's also interesting to think that the politics and pain of the real Civil War were not that distant in 1939. Upon this viewing, I focused on the absolutely abominable misogyny of Rhett Butler, and wondered how that went over in 1939. Anyway, since I've seen the film so many times, as I watched the performance of Hattie McDaniel as Mammy this time around, I thought about what life was like for her off-screen during this time. The Wichita, Kansas-born stage actress and radio performer was the daughter of former slaves and became the first black actress to win an Academy Award for her role in GWTW. McDaniel is less known for her activism in the "Sugar Hill" case in Los Angeles in 1938 that involved well-known black actors (among them Ethel Waters and Louise Beavers) who moved into the West Adams neighborhood only to find out that some of their white neighbors drew up a secret race-based restrictive covenant among themselves to keep blacks out, refusing to sell to any interested in their property. These white homeowners eventually tried to sue to preserve their covenant, but the case was tossed out.

When she won the Oscar, this is the speech McDaniel gave; in Haver's book it was revealed that it was ghost-written by someone at the studio. Having that in mind, what she delivered, again, was a product of its time.

"Academy of Motion Picture Arts and Sciences, fellow members of the motion picture industry and honored guests: This is one of the happiest moments of my life, and I want to thank each one of you who had a part in selecting me for one of their awards, for your kindness. It has made me feel very, very humble; and I shall always hold it as a beacon for anything that I may be able to do in the future. I sincerely hope I shall always be a credit to my race and to the motion picture industry. My heart is too full to tell you just how I feel, and may I say thank you and God bless you."

To put this into perspective, Hattie McDaniel and Butterfly McQueen were excluded from the lavish festivities surrounding the premiere of GWTW in segregated Atlanta. It sickens the stomach.

The next film we watched, with clips and more commentary, are below the fold. BTW, there are many other fascinating chapters earlier in Haver's book for movie buffs, including the history of two- and three-strip Technicolor, which is responsible for the amazing look of the film (one of the other early triumphs of Technicolor that folks should check out is The Adventures of Robin Hood (1938) with Errol Flynn and Olivia de Havilland; it's a visual feast).

After that aired, the next film up is already a classic, and one of my favorite films, Glory (1989). I weep every time I see this movie, which depicts the 54th Massachusetts Infantry, the first all-black volunteer unit in the Army, and its battles during the Civil War. The trailer:

Watching it this time, it held even more meaning for me, viewing it through the lens of this country having just elected its first black president. This film's stirring score by James Horner, featuring the the Boys Choir of Harlem, injects such emotion and depth into the film that it serves as primary character in the film. Try watching the scenes without sound sometime.

I wept repeatedly while sitting through Glory yesterday, knowing how far we have come, yet how clearly we still suffer as a country when it comes to race relations. These men fought without the rights of full citizenship. They died for the same country that would institutionally see the descendants of the 54th as "less than" for decades under the humiliation of Jim Crow. Not until Harry Truman desegregated the military were blacks able to serve in the armed forces alongside their white counterparts. But the men of the 54th fought for the promise of something better, if not for themselves, but for those who would follow.

The two clips below are both moving and disturbing. First, on the left, the soldiers, now having been through training, have received their Union uniforms (and what an effort it was for Shaw to obtain them from the bigoted quartermaster, seen in the clip on the right), march into just-captured Beaufort, SC expecting to see battle, only to be forced to used as tools by the corrupt, racist Union commander to participate in war atrocities that live up to the phrase "war of Northern aggression." Shaw eventually pulls strings to get his men pulled from this assignment and on to battle.

The clip on the right takes place a bit earlier, and includes the scene where Denzel Washington's character is whipped for desertion, a former slave physically and emotionally scarred from his past bondage, whose defiance is not shaken by the lash. The scenes leading up to it show another slice of Glory's brilliance -- the depiction of the educational, cultural and philosophical gulfs in the 54th between educated and uneducated blacks - former slaves and free men from the North, all serving together in this unit. Col. Shaw wants so badly to know his men, but that his own cultural background is so dissimilar from theirs. Rather than accepting this gulf as insurmountable, he engages Morgan Freeman's character to help him learn.

I didn't intend for this to be a lengthy piece, and I'm pretty tuckered out from writing it, but I hope it was an interesting off-the-beaten-path Blend post. Nap time.

In a wistful Daily Beast column that could be construed as "What if... " or "If only..", conservative Matt Lewis lamented the turn of events that led the late General Colin Powell to demur when asked to the Republican candidate for president -- saying it might have changed history enough that the GOP would have never fallen under the spell of outsider Donald Trump.