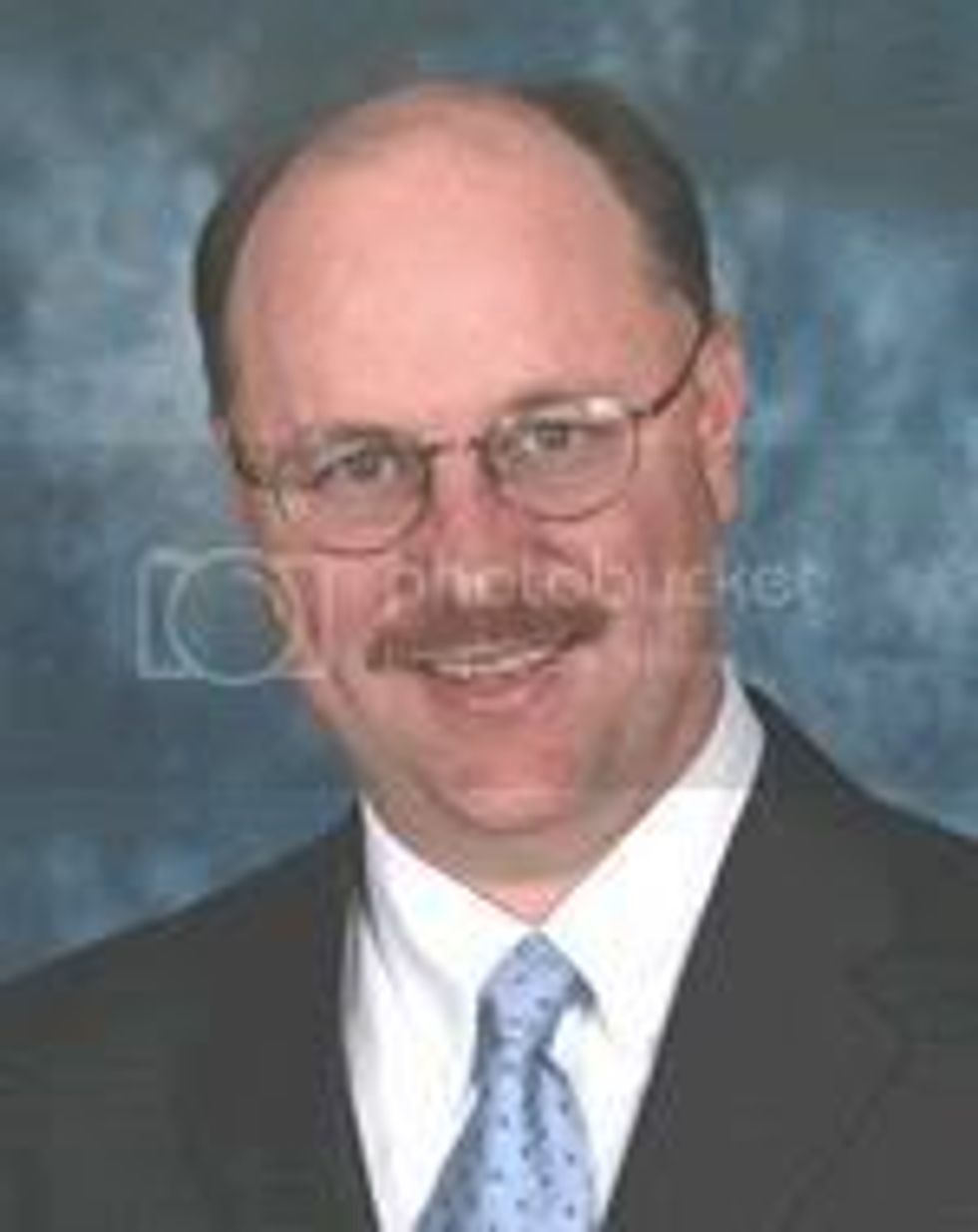 This is all the American Family Association has left, folks, but it's slickly produced bile. When homo-hating, illegal pistol-packing state legislator Sally Kern cited the book After the Ball as the proof of the Homosexual Agenda last week at a fundnut fest in OKC, it should have been no surprise that the AFA has been propagandizing this nonsense with its web site and hour-long video, Silencing Christians.com.

The premise is that Christians are under assault by homosexualists, enabled by state and local governments and schools, to force them to accept LGBTs as -- gasp -- human beings deserving of civil rights! They are careful to mention "former homosexuals" and those struggling with "unwanted same-sex attraction" in order to soothe and absolve the target audience of "Christians" that their motivations are rooted in compassion, not bigotry.

A Blender sent me the text of a breathless e-blast from Tim Wildmon of the AFA that promoted the video (and, of course, asked for a donation); it's slated to run in Grand Rapids, MI today. See the video, "survey" and the email below the fold.

Most Americas get their information about the homosexual movement from the secular news media and Hollywood, which not only support but promote the gay agenda. What people know is tainted by pro-homosexual propaganda.

AFA now presents this one-hour special to reveal the truth about the radical homosexual agenda and its impact on the family, the nation, and religious freedom. "Speechless" - the title of the television special - will air in the Grand Rapids area Monday, February 9. You can watch it locally at 7 p.m. on WOOD, channel 8.

* The TV Special will reveal the truth about:

* The claim that homosexuals are born that way and cannot change.

* The negative impact on children resulting from schools promoting the gay lifestyle,

* Legislative initiatives like Hate Crime and the Employment Non-Discrimination Act.

* Alert viewers about what's at stake for the family if they get what they want.

Visit our website to learn more about the entire series of "Speechless: Silencing the Christians."

Thank you for caring enough to get involved. If you feel our efforts are worthy of support, would you consider making a small tax-deductible contribution to help us continue?

In the video, they hail loons like anti-gay activist Michael Marcavage and Mayor Jim "robo-potty" Naugle of Ft. Lauderdale as freedom fighters by couching them as protectors of free speech and public health.

What's sickening about this crap is that you could wind the clock back and substitute "interracial marriage" or "integrating schools" as against their personal religious beliefs and hear the same sad arguments from the people interviewed in this video. The whole "what about the children" hysteria was specifically cited when two people of different races wanted to marry. Discussions of "preferential treatment" and "forced hiring" of members of the oppressed group were cited as an assault on Christian beliefs back in the day as well. Do these people not read history books?

Of course they try to blunt that fact by declaring because LGBTs didn't "sit at the back of the bus" or were subject to "blasts from firehoses" as blacks did, therefore, they don't deserve civil rights. Better yet, they cite the success and existence of "ex-homosexuals" as proof that change is possible and gays simply need to buck up and stop "the behavior."

But think about it -- these fundies will spend their last dime to air this BS around the country, and where are our counter videos exposing their hate and attempt to control Americans' wombs and private consensual behavior. Look at this balanced survey running on the "Silencing Christians" web site:

Do you believe the Bible condemns homosexuality as sin? Yes No Undecided

Can homosexuals change their sexual orientation? Yes No Undecided

Should homosexuals be allowed to adopt children? Yes No Undecided

Should homosexuals be given the same special rights extended to African-Americans and other minorities? Yes No Undecided

Should hate crimes legislation be passed that would call for more severe penalties for crimes against homosexuals? Yes No Undecided

Do you believe that churches and religious organizations should be forced to hire homosexuals? Yes No Undecided

Would you support a boycott of a major U.S. corporation that contributes money to support homosexual activist organizations? Yes No Undecided

Should judges be appointed to the U.S. Supreme Court who support extending special rights to homosexuals? Yes No Undecided

Should employers be forced to extend special consideration in the hiring of homosexuals? Yes No Undecided

Is the secular media demonstrating a bias in favor of the homosexual agenda? Yes No Undecided

Do you support amending the U.S. Constitution to limit marriage to a union between one man and one woman? Yes No Undecided

Should children in public schools be taught homosexuality is normal, acceptable, and equal to the traditional marriage of a man and a woman? Yes No Undecided

Do you agree that Christians should be arrested for speaking against homosexuality in public places? Yes No Undecided

Will the professional LGBT organizations leave this disinformation to be disseminated without effective counter-programmiong as pro-LGBT legislation moves forward on the Hill? The AFA and groups like it are laying the groundwork for two reasons -- solidifying their foot soldiers and to scare Christians who may be on the fence about extending civil rights to LGBTs. As they did for Prop 8, rest assured these fringe operatives of hate will execute effective calling/faxing campaigns to elected officials and members of Congress to snuff out advancement of civil rights. Will we be caught asleep at the wheel again?