Faux News parachutes in to hassle anti-Palin bloggers in Alaska 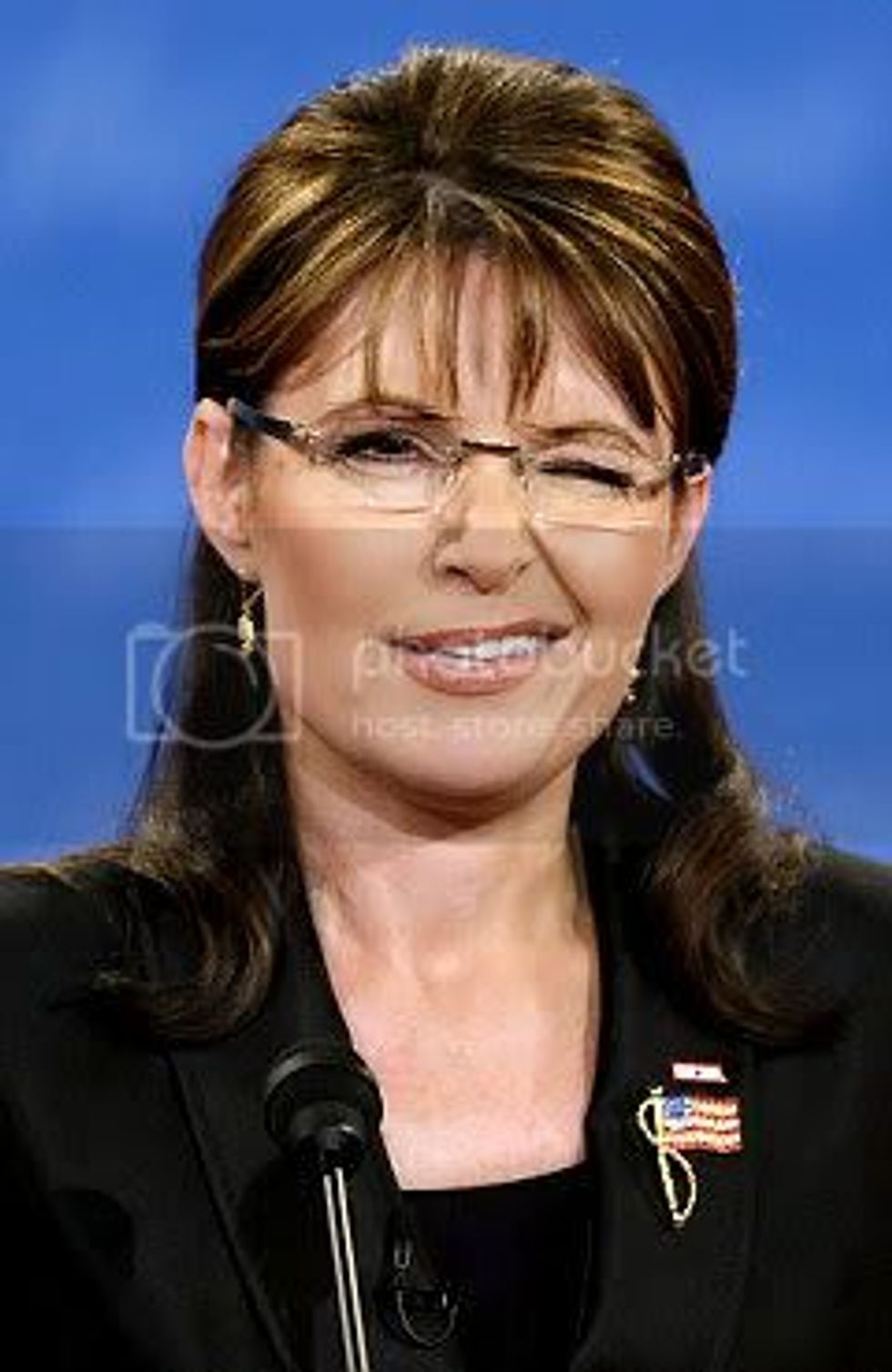 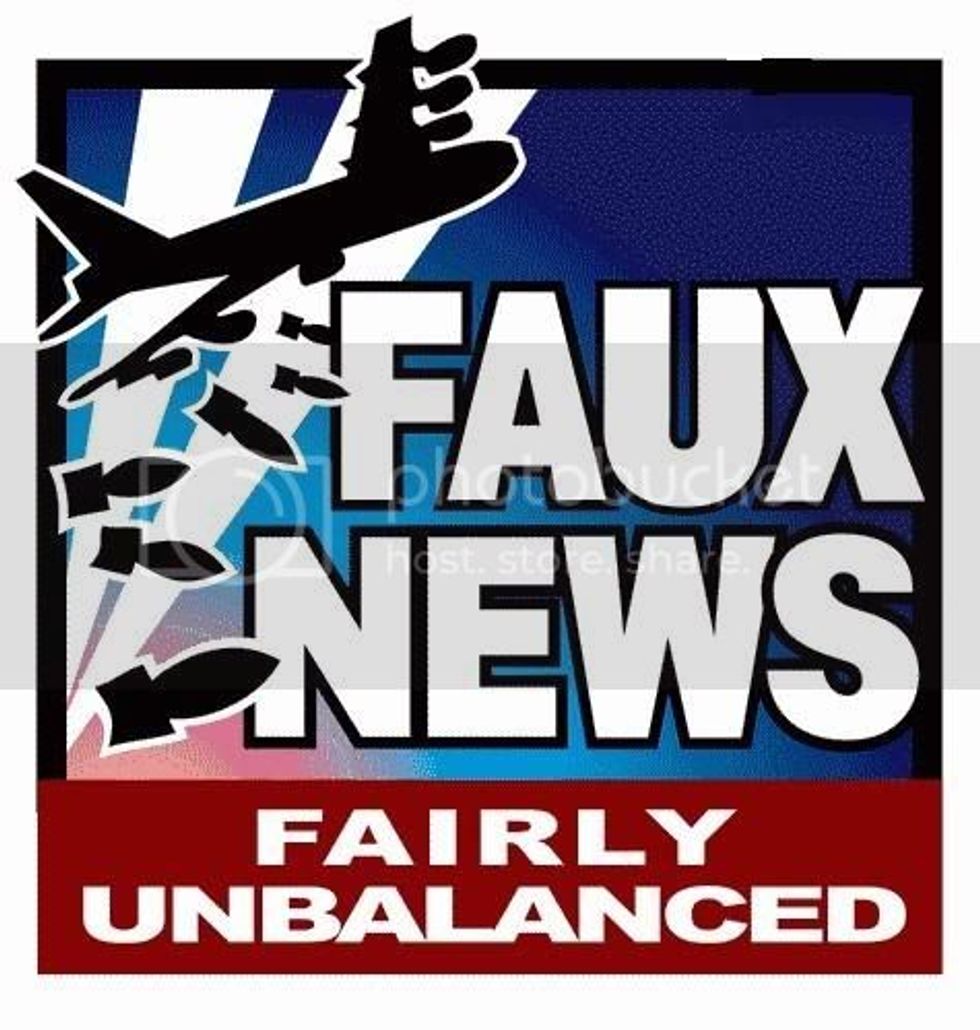 Friend of the Blend Linda Kellen Biegal of Celtic Diva is one of several bloggers up in Alaska who warned everyone long ago about Sarah Palin and her corrupt government. Linda recently lodged an ethics complaint against the failed veep candidate and debate winkster. In the spirit of Bill O'Reilly and his attack dog producers, Faux News sent reporters to Alaska to "investigate" the charges. (Raw Story):

When a Fox News crew showed up in Alaska to do a story on the complaints, Biegel and several of the other bloggers were suspicious of their intentions and declined to be interviewed.

The result, says Biegel, was that "the news crew decided that since several of us refused to be on camera, they were going to 'ambush' us." She adds, "Good luck finding me after my recent move!!!!!"

Biegel's ethics complaint -- the eleventh to be filed against Palin since last year's "Troopergate" scandal -- alleges that Palin was guilty of a conflict of interest when she publicly wore clothing promoting a snowmobile manufacturer, Arctic Cat, that sponsors her husband, Todd Palin.

As another Alaska blog, the Mudflats, explains, "It all began when Governor Sarah Palin lowered the start flag at this year’s Iron Dog Snowmachine race ... Last year’s champions? None other than Alaska’s 'first dude' Todd Palin and his teammate Scott Davis as the famous Team #22. ... Palin’s sponsor? Arctic Cat."

"If the governor’s family benefits directly from a private sponsor," the Mudflats continues, "(like getting a $5000 check from them) and the governor shows up to take an official role at an official event, representing all Alaskans, it’s a big fat no-no to show up plastered like a billboard with the official 'gear' and giant flaming logo of the company that’s been paying you money."

You won't believe the hate mail flowing into Linda's email box from the Sarah droids. Well, you probably can, given the calibre of people who attended the Palin rallies during the campaign. A sampling is below the fold. I see these folks have a serious problem with debating actual issues, and chose to lash out at Linda's appearance.

--LOL! I read the article of some dumb ass blogger filing charges against the lovely Gov Palin, again, and I thought to myself, gotta be an ugly fat bitch filing the complaint. I WAS RIGHT. You are an ugly fat bitch. Only kinda of man that would "tap" your ugly ass is a, well, a n**ger! Go Obama, lol!

--YOU'RE A FAT UGLY-F**K WHO COULDN'T GET LAID IF SHE PRAYED FOR IT.

but sadly you're only coming across as a bitter jealous bitch...

--Yeah, you liberals have finally got your "Articulate Black Man" in the Presidency. By giving Him a free pass over the last few years. You should be ashamed of yourselves...

--I'm glad you live in Alaska cause you are one ugly fat bitch.

--I know Palin scares you!! She is a threat to you! So I've been thinking about ways of helping Gov Palin and hurting losers like you!

Today I realized what I could do :).

That's the hateful GOP base in full flower, the kind of people you saw in the recent documentary by Alexandra Pelosi, "Right America Feeling Wronged." Here's a flashback from my review of that doc, with a clip that says it all about the Base; they lash out at progressives and minorities because they feel their privilege is slipping away. These Palin devotees could be BFF with these folks in this video.

This clip is the best segment of the documentary -- Pelosi goes up to a young man who has "socialism" spelled wrong on his t-shirt and asks him to define what it means. I can't even begin to tell you how vapid, confused and sad his answer is. But before that, she speaks with people about how they get their news. It's no surprise that they are all Faux News bots.

Also featured is a stop in Concord, NC to interview self-described rednecks where she asks them point blank if they are ready to vote for a black man. Let's just say they had no shame confirming that we are not living in a post-racial society. These people are scary folks; and they live in my state. I wonder what they thought when NC went Blue? What must they think now that the GOP is led (in name anyway) by a black man?