Freepers debate whether women should be able to vote

The knuckle-dragging fantasist misogynists at the Free Republic got a hard on after reading the article "Women's Right to Vote, the Beginning of the End for America?" The premise of the piece, as the title suggests, is that once women were able to vote, it ushered in decision-making based on emotion, not logic (and the resulting destruction of society is the fault of females).

From the beginning of time women have been the emotional nurturers of society while men have been the logical protectors and managers. It was the men who had to do the dirty deeds that required more logic then emotion. Men have always debated and discussed what it is they thought was best for their communities. There has always been strong women have stood behind their men and supported them in the tough decisions they had to make. Behind the scenes these strong women would prod and nudge because they thought the men moved to slow at times.

However it was that slow and methodical thought process that allowed for an orderly progression that worked for thousands of years. And please do not bring up all the wars men have gotten us into. The biggest war in history was WWII, and it happened with men elected after women around the world won the right to vote.

Unfortunately men eventually abdicated their God given responsibility and allowed their emotional partner an equal footing in deciding the country's fate. From that day forward, men have been vying for the emotional vote of the women and worrying about their reactions after they got in office. Thus they have become more emotional in their legislating then logical.

The author of this flaming pile of sh*t thought piece, "OneVike," then goes on to give an example -- a California law making helmets mandatory when operating a non motorized scooter or skateboard, citing "overprotective mother" syndrome at work.

Oh, it doesn't take long for the essay to go from the evils of feminizing political progress to, well, just read...

I realize that these laws have been passed by mostly men, but the only reason these men got elected was because they played upon the fears of women and castrated men during the election campaign.

...America has become a country of whining, sniveling, emotional pansies who the politicians have learned to play like a Stradivarius. Any politician that is unable to take advantage of the emotional American public has almost no chance of getting elected dog catcher let alone to congress or the White House. Even George Bush used the term, "Compassionate Conservative" to get elected to two terms.

Wow. This is one person with serious issues about masculinity. So what did the Freepi have to say about all this? See after the jump. While they are at it, they mull the wisdom of letting non-property owners vote. 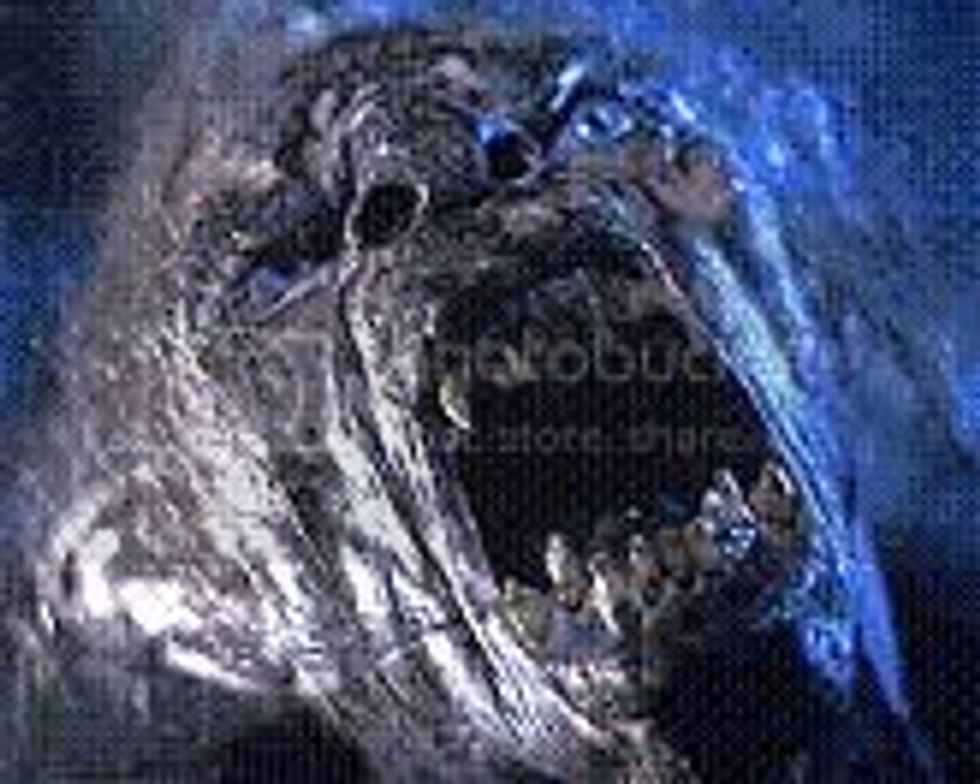 Yes. I firmly believe it was a major step towards the destruction of America.

Well I can think of a few women that shouldn’t be in office. And I’m ok with my wife being able to vote, as long as she votes for who I tell her too. :)

It’s dangerous to make broad generalizations. But it is true. Women tend more to think emotionally than men do. And our government today would be much more conservative had women never been allowed to vote.

Ann Coulter has said that if women couldn’t vote, we’d never see a Democrat in the White House again.

That certainly changed the whole course of elections.

I would say the bigger change occurred when all people could vote and not just land owners. Our problems today can be pointed to opening up voting to people who have not clue as to economics.

Yes, the downfall of America began with the women’s right to vote.

That may or may not be true. If women couldn’t vote, democrats would be forced to appeal to a different kind of electorate.

Yeah, it hurt. But in a span of very few years, we also got the direct election of Senators, another amendment to allow a federal income tax, and the creation of the Federal Reserve.

No nation based on freedom and liberty was going to withstand this onslaught indefinitely. It took about 100 years, but we finally have more leaks in the dike than we can plug.

This is a tough subject. Are we bigots just for discussing this? I can not say I disagree with the premise. Men and women are different......let me be more direct um maybe this is the one thing the muzzies got right.

Ann is absolutely correct. If we look at all the presidential elections since 1920, not one Democrat would have been elected to the White House. Just think about how things would have been different.

Yeah, and how different the electorate would be if blacks couldn’t vote, but people don’t go advocating for that. Let’s lay off the fantasy of denying women civil rights—or we’re no better than those in the Middle East who want to subjugate all Americans.

yes, gipper, when those who were not property owners and thus did not have a stake in the country were allowed to vote, that was another huge mistake.

It was a big mistake, possibly fatal. We were never intended to be a pure democracy, that we are approching that state will be our downfall.

if their wives see any of this, there will be a bunch that will never ever get any, every again....as the old saying goes.....the lady holds the purse strings...and the problem is, that in men the all the blood leaves the brain when they get excited......

Mrs. OneVike agrees with me. While she is as conservative as I am, she would willingly give up her right to vote if we rescinded the 19th amendment. She knows that it would be good for the country in the long run. Alas, as I said it would be easier to hold back the rising waters of the Red River then to rescind the 19th amendment.

The UN is actively working on womens rights which translates as an attack on men. Men are seen as the root of all evil.

My father has been dead for 30 years but I still remember his saying granting women the right to vote was the greatest mistake in the history of our Republic.

Many native American cultures recognized that men were driven by their hormones. They established that post menopausal women should make the major decisions for the tribe because they were the most rational and least likely to be hormone driven. I agree. Let’s allow only women who have completed menopause to vote and make all the decisions. After all, it is supported by science.

Has anyone ever noticed the damage women clergy have done to the churches into which they have been ordained?

I don't see advocacy for that anywhere in the article. OneVike makes a historical argument for what brought America to where it is today; in fact, he states that it was men who abdicated responsibility and led to this.

Take a look at what’s happened to news. Used to be men would get the facts, report what happened. Now that women dominate all we get are FEELINGS. I’m personally sick of seeing women quite so much. Watch old 50’s clips and it is amazing how few women are sounding off or are even in evidence - which really is refreshing.

I’m sure that is why the Taliban doesn’t allow their women to vote either.

And far too many Neanderthals are out on this thread tonight. Later, knuckledraggers.