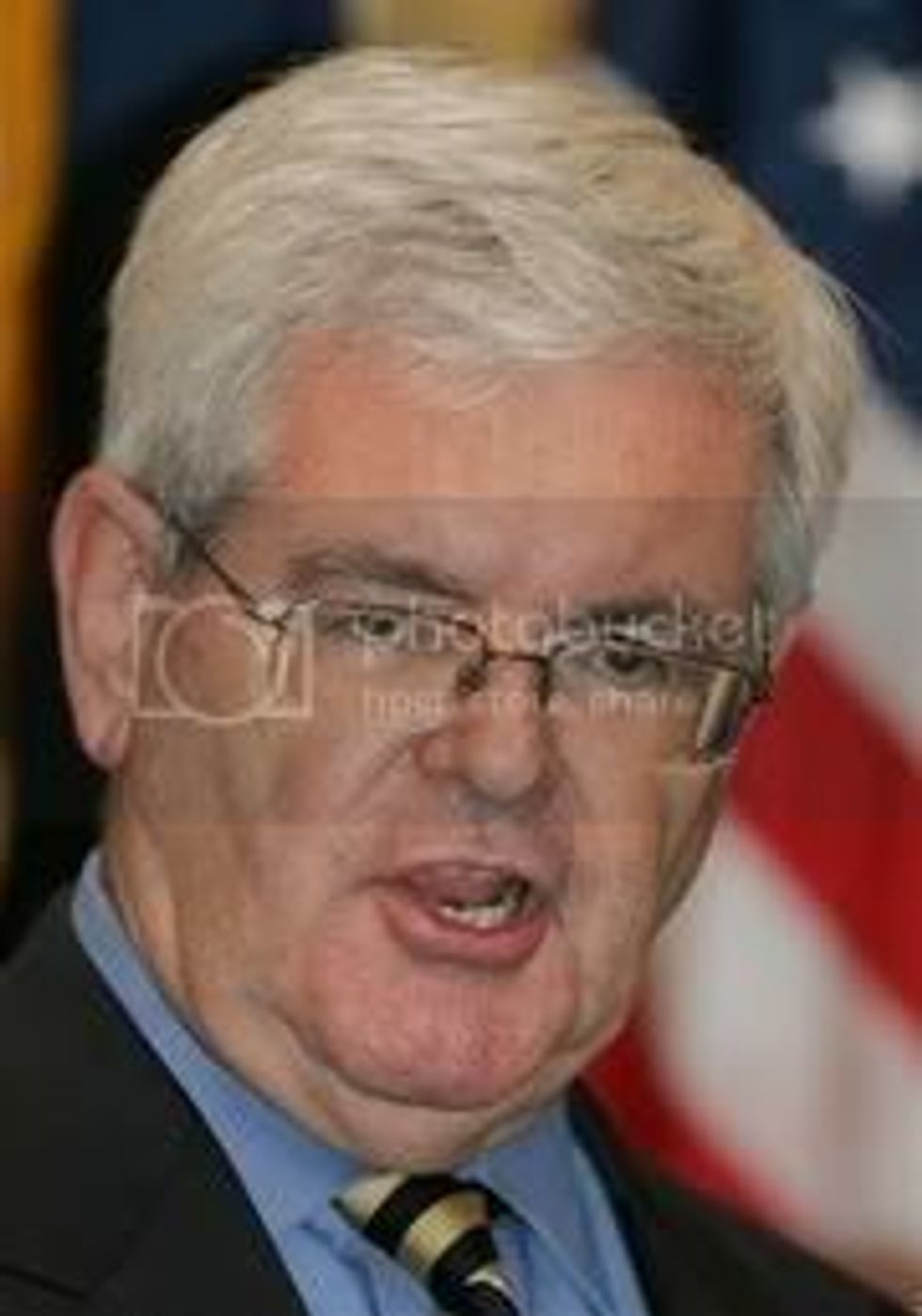 Nice try, guys. I know the 2012 slate looks a bit weak but this is an epic FAIL, with a hypocrisy meter-explosion cherry on top.

[O]n Sunday, March 29, Gingrich will have converted to Catholicism, the faith of his third wife, Calista Bisek. Though the ceremony was announced without fanfare, leading Catholic conservatives like Deal Hudson are brimming with excitement. Hudson was the most important Catholic political advisor to President Bush and Karl Rove, founder of the seminal Catholic journal, Crisis magazine, and self-described “theocon,” contends that Gingrich’s conversion represents more than a concession to his wife; it signals a dramatic break from the past, both personally and politically.

“From a Catholic point of view,” Hudson told me, “Newt’s sins no longer exist–they’ve been absolved. He’s made a fresh start in life. So Newt will continue to sin and confess but there aren’t going to be a lot of Catholics who will hold that against him. They understand why being a Catholic makes a difference.”

Hudson said that while many of his friends are “extremely close” to Gingrich, he and the former Speaker of the House are just friendly acquaintances. But Hudson explains that he relates to Gingrich’s experience on a deeply personal level. Like Gingrich, he is a convert and a thrice-married sinner engaged continually in confession and absolution.

Raised as a Southern Baptist, Hudson converted to Catholicism at age 34 after becoming enraptured by the writings of St. Thomas Aquinas. Upon receiving communion, Hudson received an annulment from his first wife, then divorced his second wife four years later. “It’s not unusual to do that in this day and age,” Hudson reflected, “so that sort of angle that Chris Buckley is taking to make fun of Newt is unfair.”

You mean to tell me these GOP adulterers would give a thrice-married booty call Democrat the same slack? Please. Hudson's one to be pious. In Max Blumenthal's piece in the Daily Beast, it's no wonder he's cutting the Contract With America serial adulterer some slack.

In 1994, after a night of drinking games at a West Village pub, during which he allegedly made out with two female students and took “body shots” with them, Hudson brought an extremely intoxicated 18-year-old student named Cara Poppas back to his office and compelled her to perform oral sex on him. When the student told school authorities about the incident, Hudson promptly resigned and moved to Washington to edit Crisis. Two years later, Hudson settled a sexual harassment lawsuit out of court with Poppas for $30,000.

Afterwards, Hudson had no problem scorching Bill Clinton for his oral indulgences.

"Over and over again, we hear on the talk shows that we shouldn't hold the president to a 'higher standard,'” Hudson wrote in 1996. “I would argue quite the opposite… Those who are not willing to bear the burden of these higher standards should not seek office… After we have stripped away all idealism from offices that bind our culture together — president, father, husband — what will be left for us to aspire to? Who will want to sacrifice personal desires for public responsibilities?”

I love it. Since they cannot survive the hypocrisy challenge, conservatives in 2009 just use religion to clean the slate for themselves. It's just too much.