Does anybody else tinker with their fantasy lineup every day, or is it just me?

Based on the scoring system at ESPN, I'm leaning towards a 3-5-2 formation to get the most out of the midfield. With 6 points per goal and a point for every clean sheet, they seem a better value than any striker who isn't the unquestioned scoring threat for his team.

But let's start at the back. I hate to say it, but like everybody else, I decided to go with Ben Foster in goal. He's dirt cheap right now, and he'll be in net for Man U for, what, like two months? His value is absurd. I've got Paul Robinson from Blackburn backing him up on the theory that the new scoring weight given to saves might make some of the non-elite goalies worth carrying.

My defenders begin with John Terry. There are no penalty kicks in the EPL, so nothing to fear there, and have you seen Chelsea's opening schedule? Hull City, Sunderland, Fulham, Burnley, Stoke City, Spurs, Wigan. Other than Tottenham Hotspur, those could all be clean sheets. In fact, I'm adding Ashley Cole, too. Already had Warnock and Upson.

To free up more money for my midfielders, I let go of Drogba and Van Persie up front. Since I want to go with a 3-5-2, and I already have Rooney to star and Ebanks-Blake to back up, I just need one more solid startable striker. I like Eduardo, primarily because my Arsenal mates are confident he'll put it in the net.

Now to the glorious midfield. And Lampard. His team's in better shape than Gerrard's, they have a way easier schedule, and the diamond formation = offensive bonanza for him. Frank's in. Arshavin might be the most exciting torpedo in the EPL, and after watching him shred Liverpool last year and seeing how explosive he was just casually running the pitch against Valencia this weekend, he's in. Those two are my anchors and will alternate the captain's badge for double points. Now, to the value, and we must begin with Lucas Leiva for my Reds. He'll be filling in for Aquilani for a couple months, and Benitez has praised him as the best player for Liverpool in the preseason. His goal against Atletico Madrid on Saturday was legit, and he's the finest fantasy bargain in the entire EPL midfield. 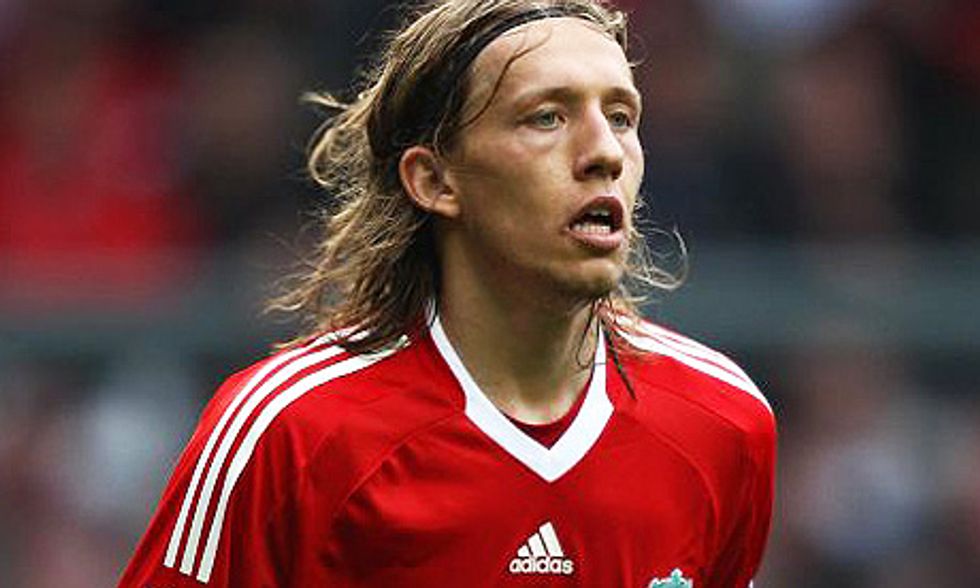 My midfield rounds out with Chris Eagles and Liam Lawrence on the advice of BigSoccer as well as Karl Henry from Wolves on the bench because he'll start every game and not many cheap players can say that.

So for week 1, as of this moment, I will be rolling out: