Conservative: Murdoch killed my 'Whores' book because I criticize Fox 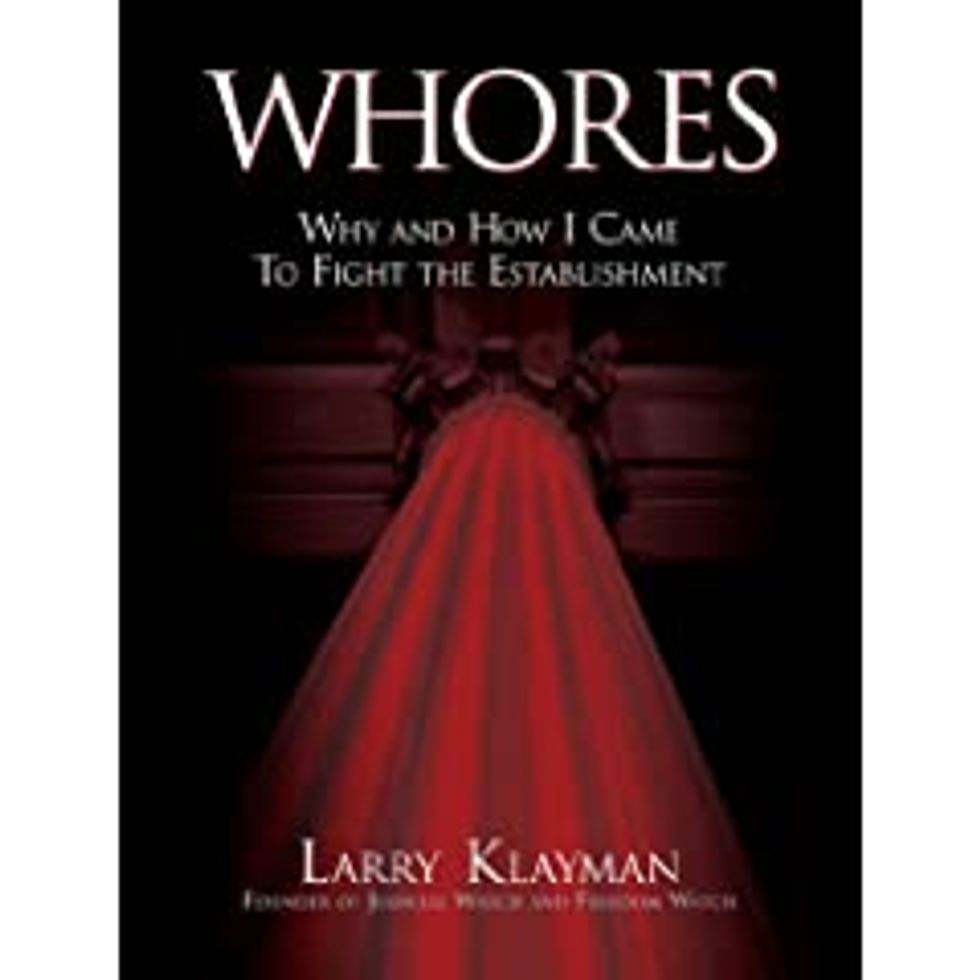 A former U.S. Justice Department prosecutor who founded the conservative watchdog group Judicial Watch alleges Rupert Murdoch's publishing company, HarperCollins, killed his autobiography because he criticized Fox News in the book. Murdoch is chairman of News Corp., which owns both Fox News and HarperCollins, as well as the New York Post, the Wall Street Journal and numerous other media outlets.

Larry Klayman, who led Judicial Watch in numerous lawsuits against then President Bill Clinton, is the author of "WHORES: Why and How I Came to Fight the Establishment." The book was scheduled to be published by HarperCollins, but met difficulties when Judith Regan, the HarperCollins representative on the deal, left the company. Klayman said he noticed the company was doing pre-sales for the book last year, but was subsequently informed the project had been dropped. He alleges the company declined to publish his work because he criticized Fox News in the book.

"They were skittish about my criticism and tried to censor me on that and I wouldn't do it," Klayman told Raw Story.

"Fox would do things like call my clients and try to put them on TV, without letting me know--which jeopardized their legal cases," Klayman said. He added that Fox host Sean Hannity had once tried to book Klayman's female clients who were involved in a string of lawsuits against former President Bill Clinton. When the women declined to appear on his show, Klayman alleges Hannity called him and told him they had agreed to go on and asked for his help in getting them there.

A HarperCollins spokeswoman told Raw Story that Rubert Murdoch was not involved with decisions about the book.

"Rupert Murdoch had nothing to do with this book," spokeswoman Erin Crum said. "Over three years ago we rejected a manuscript submitted by Mr. Klayman--we had the specific right to do that under our contract. We did not deem it acceptable."

Klayman, who has sued people at The Washington Post, the National Law Journal and even his own mother, disagrees and says he believes one reason the project may have been killed is that he calls Fox  "the Al Jazeera of network news" in the book.

He told Raw Story that "Fox News says they are fair and balanced, but they're not. They're propaganda, I may agree personally with their political slant but I don't want propaganda given to me as news, I really do want fair and balanced coverage."

The former prosecutor also says he believes Murdoch was nervous about his book's criticisms of Judge Denny Chin, of the U.S. District Court for Southern New York, who has heard cases involving Fox News.

Klayman points to previous reports of HarperCollins canceling book deals that could jeopardize other Murdoch projects.

The New York Times reported in 1998 that  HarperCollins executives had canceled a book written by the last British governor of Hong Kong that was critical of China because Murdoch is heavily invested in China.

"Worried that the book would jeopardize Mr. Murdoch's relationship with China's leadership," the New York Times reported HarperCollins executives ordered a top editor at the company and the person editing the book to inform the author it "was being dropped because it was below standard."

"Mr. Murdoch ordered that the book be canceled because of its highly critical stance toward China, a country in which he has considerable business interests and even more considerable financial ambitions," the paper said.

Klayman's book is now available in stores after being published by New Chapter Publishers. He said it discusses "how corrupt the government, legal and media systems are."