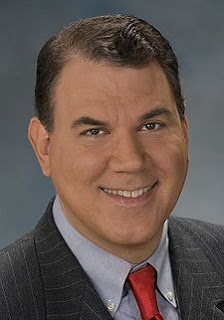 Florida Democrat U.S. Rep. Alan Grayson wants Americans to help him block Congress from confirming the Chairman of the Federal Reserve to his second term unless he hands over documents relating to the bailouts of financial institutions, including the rescue of Bear Stearns.

In the “Unmask the Fed” campaign, Grayson calls on constituents to sign petitions demanding that Fed Chairman Ben Bernanke “come clean” before senators re-confirm his appointment to the helm of the Federal Reserve.

Grayson wants access to the Bear Stearns rescue paperwork as well as the details of which financial institutions received $1.2 trillion in bailout money, how much each institution received, and what was promised in return.  He’s also seeking Fed documents that discuss the Bank of America/Merrill Lynch merger, transcripts of Open Market Meeting minutes, and the terms and conditions of Fed transactions not reflected in balance sheets from the past three years.

“[T]he Senate should know who got the $2 trillion the Federal Reserve has lent out over the last two years,” the petition reads.  “Only then will the Senate be able to judge whether he should keep his job.”

Grayson and Texas Republican Rep. Ron Paul sent Sen. Chris Dodd, who chairs the Senate Banking Committee, a letter last week asking him to postpone Bernanke’s re-confirmation hearings until the public has access to more information about the Federal Reserve.

“Without such an understanding, it is impossible to know whether Chairman Bernanke is fit to serve another term and fulfill the Federal Reserve’s dual mandate to ensure price stability and full employment,” the letter to Dodd read.

It continued: “Today, big banks are being bailed out and have a substantially lower cost of capital through an implicit government backstop even as Americans themselves are seeing their pay cut.”

There are separate bills that would authorize an audit of the Federal Reserve that are picking up speed in both the House and the Senate, with bi-partisan support in both chambers. Paul sponsors the House version of that legislation, and Vermont Sen. Bernie Sanders is behind the Senate measure.

“The Federal Reserve has got to understand that this money does not belong to the Federal Reserve. It belongs to the American people,” Sanders told Raw Story in an email from his spokesman.  “As long as the Federal Reserve is allowed to keep the information on their loans secret, we will never know the true financial condition of the banking system.”

New Zealand locked down nursing homes nationwide Wednesday after a 102-day streak without the coronavirus ended, as Prime Minister Jacinda Ardern said the outbreak could force her to postpone next month's general election.

Ardern said authorities were scrambling to trace anyone who had been in contact with four Auckland residents who tested positive Tuesday, ending the dream run in which the virus had been contained at New Zealand's borders.

A three-day stay-at-home order for Auckland, New Zealand's biggest city with a population of 1.5 million, was announced on Tuesday night and went into force at lunchtime on Wednesday.

Android phones will receive warnings triggered by a "ShakeAlert" earthquake early-warning system implemented on the West Coast by the US Geological Survey and partners.

ShakeAlert uses signals from hundreds of seismometers across the state to trigger warning messages that "an earthquake has begun and shaking is imminent," according to the system's website.

"We saw an opportunity to use Android to provide people with timely, helpful earthquake information when they search, as well as a few seconds warning to get themselves and their loved ones to safety if needed," principal software engineer Marc Stogaitis said in a blog post.

President Donald Trump continued to lash out at Kamala Harris after the California Democrat was chosen to join the 2020 Democratic Party ticket as presumptive nominee Joe Biden's running mate.

At a news conference following the selection, Trump complained about Harris being "nasty."

After 10 p.m. on Monday, Trump tweeted out an attack ad claiming "Joe Biden has a racism problem."

Here's some of what people were saying about Trump's line of attack:

Kentuckians turn on McConnell as economy implodes: ‘Mitch better have my money’

Lincoln Project hammers Trump for looming eviction crisis: ‘He doesn’t give a damn if you lose your house’

Former US Attorney shocked by incoherence of Michael Flynn’s lawyer

Trump angrily denies trusting Putin over ‘sleazebags’ in US intelligence

WATCH: Tucker Carlson flips out after guest teaches him how to pronounce ‘Kamala Harris’