Grim Reaper greets Bush in Canada: 'GWB, I am your biggest fan' 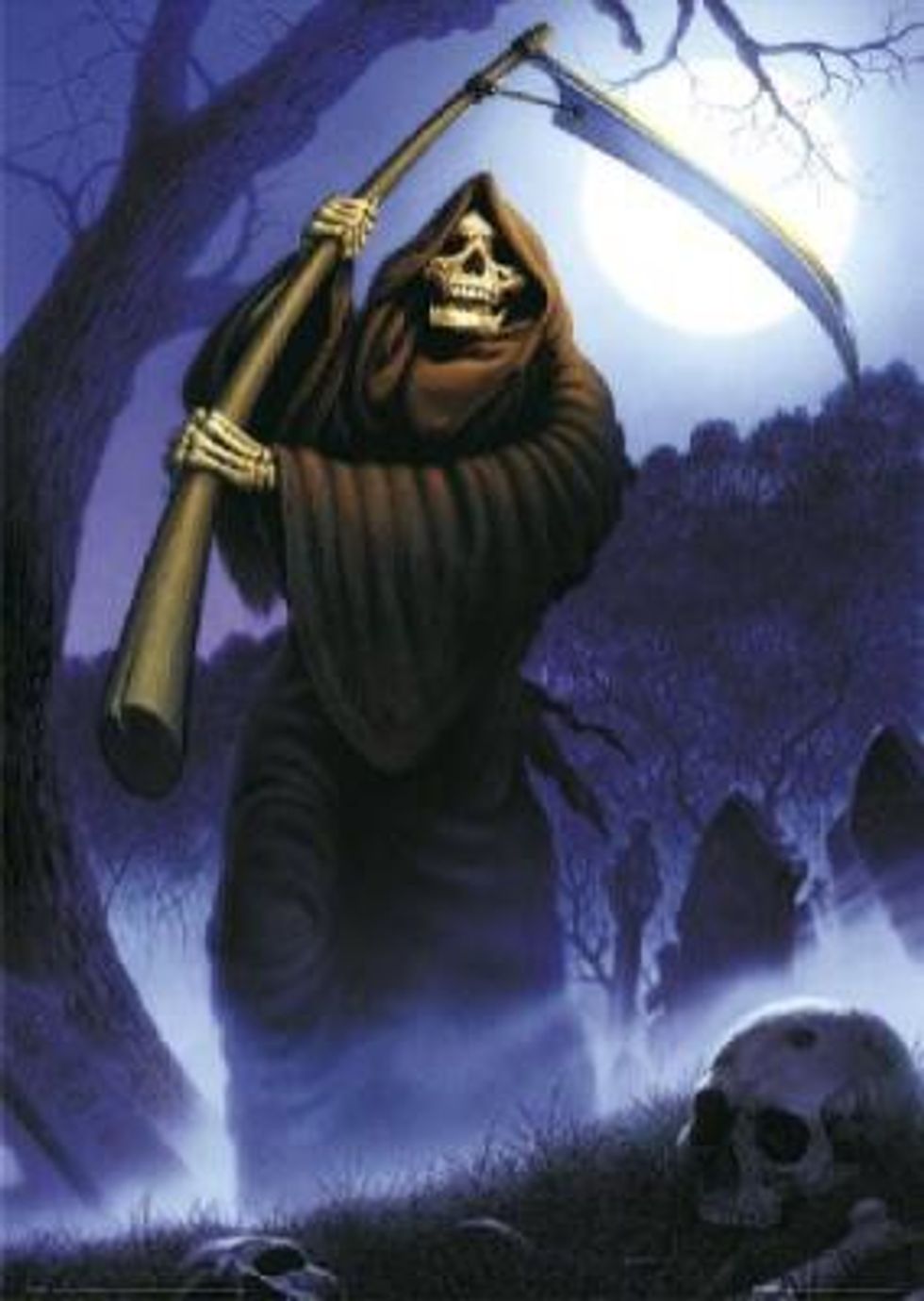 During a visit to speak in Canada Tuesday, former president George W. Bush was met with signs, songs, screams and a black-clad Grim Reaper. And a little applause.

Protesters outside the speech carried signs emblazoned with such phrases as "Bush is a war criminal," "Bush lied, 1,000s died" and "Canada is not Bush Country," according to a Canadian press report. As a crowd mushroomed, police erected metal barricades.

Bush spoke at the Shaw Conference Centre in Edmonton where he led a talk, "A Conversation with George Bush." Tickets to the event ranged from $30 to $100. All 2,000 tickets sold out, and ticketholders were frisked and made to show their tickets twice upon entrance.

One protester carried a nine-foot tall Grim Reaper tagged with signs that said "GWB I am your biggest fan" and "Thanks for 8 great years."

"For the eight years that George Bush was president I was profoundly ashamed and alarmed and angry and now it seems so unfair that he's making a world tour trying to share his 'wisdom' and make a lot of money," Marilyn Gaa, who has both American and Canadian citizenship, told Metro in Calgary.

Bush got a standing ovation from the crowd when he took to the stage inside.

He repeated a crowd-pleaser he's used repeatedly since leaving office, telling the story of how, after being president, he'd been reduced to a dog-walker cleaning poop.

Walking his dog Barney, he said he had "a plastic bag on one hand, picking up what I had dodged for eight years."

Addressing Canadians specifically, he said, "Canadians have disproportionately shouldered the load ... I know the Canadian people are showing great patience in the theatre of war."

Bush is speaking in Saskatoon and Montreal on Wednesday and Thursday. Protesters plan to be out in force at both events, Canadian press say.

In Montreal, Bush will be speaking where John Lennon once recorded his famous anthem, "Give Peace a Chance."

"It's ironic," Raymond Legault, a would-be-protester and spokesman for the group Collectif Echec a la Guerre, told a reporter.

Bush will speak at the Queen Elizabeth Hotel, where Lennon and his then-wife Yoko Ono recorded their song four decades ago.