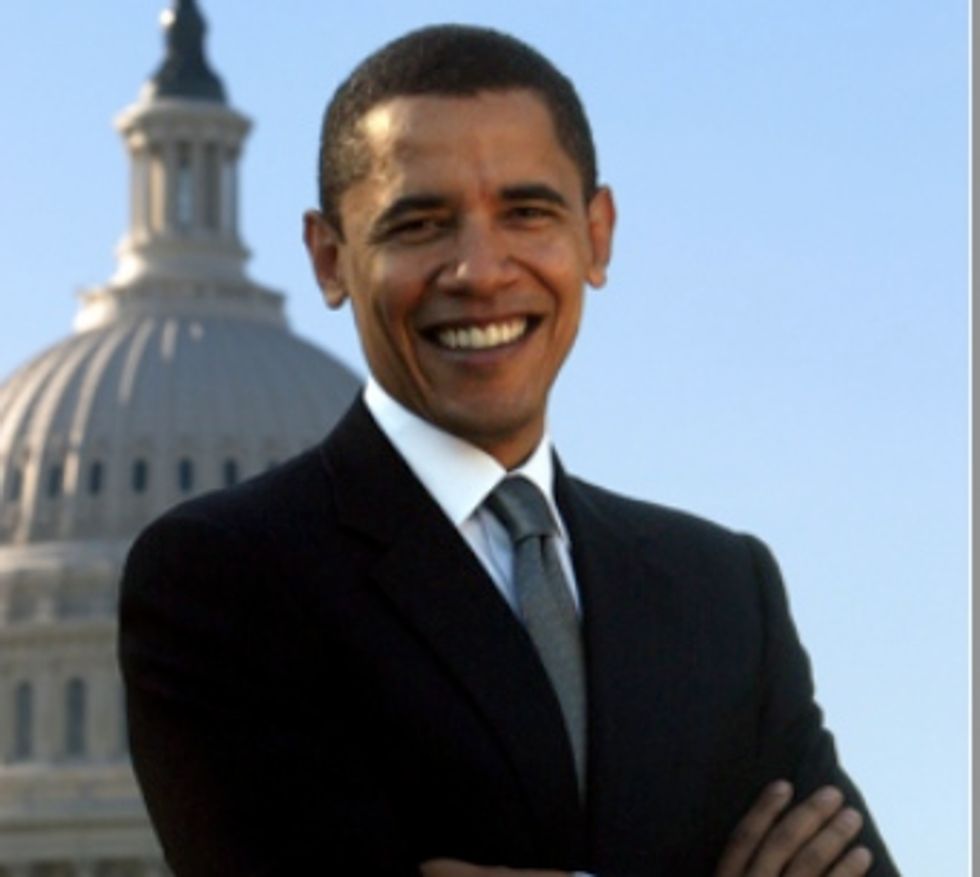 Some members of the U.S. press reacted with jokes and puzzled musings Friday morning after waking up to learn President Barack Obama had won the Nobel Peace Prize.

There was light-hearted ribbing, like Ezra Klein, a blogger for the Washington Post, who twittered "Obama also awarded Nobel prize in chemistry. 'He's just got great chemistry,' says Nobel Committee," and Time's Karen Tumulty who wondered "Has anyone asked Kanye West what he thinks of Obama winning the Nobel Peace Prize?"

ABC's Jake Tapper even noted "apparently the standards are more exacting for an ASU honorary degree these days," referencing Arizona State's decision to hold off on the giving Obama an honorary degree until he'd had time to accomplish more.

“It’s normally awarded to someone who has been in their field for some time,” an ASU spokeswoman said at the time. “Considering that the president is at the beginning of his presidency, his body of work is just beginning.”

Others showed concern that the award could actually backfire on the president. Time's Mark Halperin wrote: "Barack Obama's critics have long accused him of being a man of 'just words,' rather than concrete actions and accomplishments. The stunning decision to award him the Nobel Peace Prize for, basically, his rhetoric, will almost certainly infuriate his detractors in America more than it will delight his supporters."

"They're not unhappy with his foreign policy, but they're not wildly enthusiastic about it either," Brown told Raw Story.

Rabid responses from the far right appeared instantaneously Friday morning, with Politico quoting Rush Limbaugh as saying via e-mail: "This fully exposes the illusion that is Barack Obama...And with this 'award' the elites of the world are urging Obama, THE MAN OF PEACE, to not do the surge in Afghanistan, not take action against Iran and its nuclear program and to basically continue his intentions to emasculate the United States."

And the Democratic National Committee promptly accused the Republican Party of throwing "in its lot with the terrorists — the Taliban and Hamas this morning — in criticizing the President for receiving the Nobel Peace prize."

"Republicans cheered when America failed to land the Olympics and now they are criticizing the President of the United States for receiving the Nobel Peace prize — an award he did not seek but that is nonetheless an honor in which every American can take great pride — unless of course you are the Republican Party," DNC spokesman Brad Woodhouse said.

But the left was also somewhat restrained in their praises for Obama's win.

Renard Sexton, the international columnist from the progressive blog fivethirtyeight, characterized the win as a "bittersweet moment" for Obama's liberal supporters. "Many have criticized the administration's foreign policy for moving to the center, particularly on war issues, and the Peace Prize designation takes a great deal of air out of that balloon," he wrote.